Abbott, Derek: A rewarding and timely book on Russians who came to Australia

‘A rewarding and timely book on Russians who came to Australia’, Honest History, 17 June 2021

Immigration into Australia seems always to have been a fraught and controversial issue. Whether it was the White Australia policy, prejudice against Jews, the use of language tests, the labour obligations placed on post-war displaced persons or, more recently, the maltreatment of refugees, and a Senator demanding that Australians of Chinese descent condemn the Communist Party of China. As if it was some sort of bizarre loyalty test. Australia’s approach to its immigrants has been an uncomfortable mix, in which altruism has all too often been swamped by self-interest and prejudice. 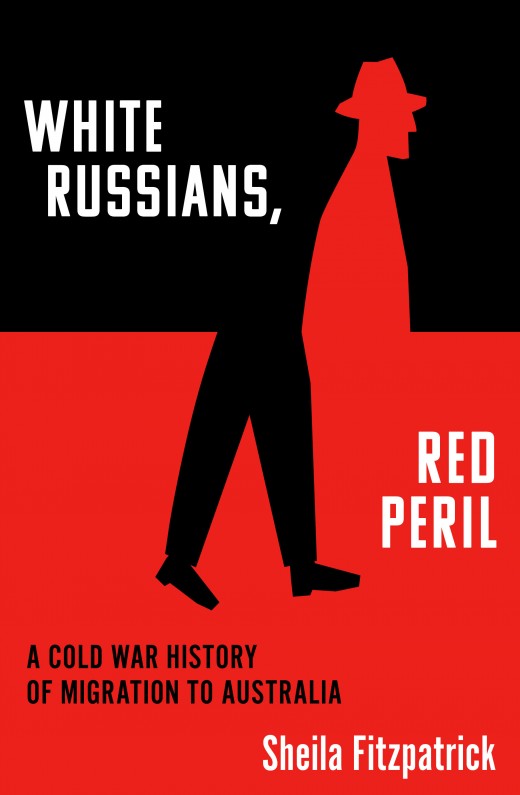 Sheila Fitzpatrick’s wonderful book examines a relatively small group of migrants in the years following the Second World War. Their treatment demonstrated that ambivalence. As the author notes her ‘focus is on the the various trajectories that brought Russian migrants to Australia’. As always, Fitzpatrick uses the telling individual example to illustrate her general points. In doing so, she illuminates the wide range of reasons that brought immigrants to this country and the mixed feelings they retained towards the countries they had left.

Russian immigrants always seemed to upset the Australian authorities. Early immigrants, political exiles from Tsarist Russia with their ‘anarchical doctrines and revolutionary sentiments’ were, in the words of the Queensland Police Commissioner in 1919, ‘a menace to the peace and well-being of this city’. This equating of Russian and ‘Red’, or at best generally suspicious, seemed to stick, despite the fact that most Russian immigrants were anything but pro-Soviet.

At the end of the war, Europe faced a huge problem of refugees and displaced persons (DPs), overwhelmingly from Eastern Europe and the Soviet Union. People who had fled their homelands to escape war and persecution or who had been forced labourers in wartime Germany, prisoners of war with little desire to return to the USSR or its new eastern empire and some, White Russians, who had fled after the Revolution and Civil War and were now displaced yet again. (Some of this last group had collaborated with, and fought for, the Nazis.)

And, of course, there were Jewish and other survivors of the concentration and death camps. The diversity of backgrounds, experience, aspirations and politics, and the challenge to the Australian authorities in selecting those to be settled in Australia, are issues at the core of Fitzpatrick’s book.

By 1945, the frontiers of the USSR had moved westward, absorbing the Baltic States, eastern Poland, the western Ukraine, and parts of East Prussia. Like Tsarist Russia, the USSR was a multi-ethnic empire stretching from Central Europe through Central Asia to the Pacific Ocean, but, to the Australian authorities until the mid-1950s, all citizens of that vast conglomeration were ‘Russian’ or ‘Soviet’. As well, over the next few years, Soviet regimes were installed in Romania, Hungary, Czechoslovakia, and Poland. In these circumstances a person’s place of origin was not a reliable guide to their nationality or loyalties. Indeed, nationality itself had become fungible and all the sub-categories – enemy alien, collaborator, Nazi, etc. – were contestable. The demands of survival for all these groups had made dissimulation almost second nature; presenting an acceptable front to those in power over you, whether Nazis, Soviets or the post-war Allies, could be the difference between life and death.

A second source of Russian immigrants was China. Harbin in northern Manchuria had been a Russian city, a remnant of Tsarist railway and other commercial concessions. Between the wars, it became the centre of a White Russian émigré community with a thriving cultural life and a high standard of education. The Harbintsy (Russians from China) managed to negotiate the turmoil of Republican China and then the Japanese occupation of Manchuria post-1931. The Soviet occupation in 1945 saw purges of White leaders, active fascists, and collaborators with the Japanese. The locals should have had few illusions about the Soviet system; a wave of voluntary repatriations in the mid-1930s had seen tens of thousands of returnees executed or sent to the gulag. The Red Army, particularly its officers, was nonetheless apparently well received by local Russians many of whom had patriotically supported the USSR’s fight against the Nazis.

As well as the Harbintsy there were émigré communities in the coastal cities of Tianjin and Shanghai. Russian fascist movements appear to have been particularly strong in China, rejecting the monarchism and Orthodoxy of the mainstream White Russians and promoting an authoritarian and anti-Semitic position. Thus, the community was anything but united. 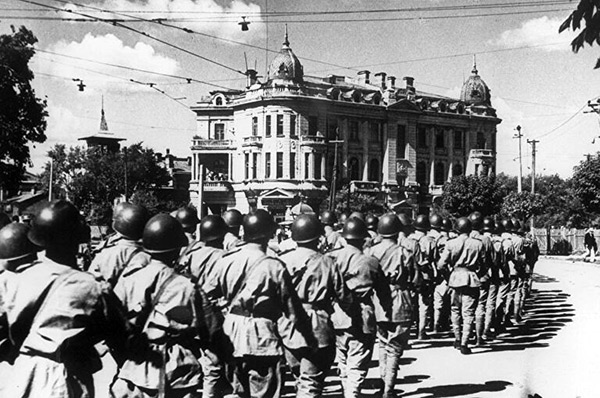 Even anti-communism, ‘the visible common bond among the Russians coming to Australia’, was not necessarily a reliable guide. One could be anti-Soviet and have no wish to be repatriated – a readily available option taken up by thousands of emigres in China – but at the same time retain a pride in the USSR’s military achievements and many ‘Soviet’ values, for example, equal access to education and health services, or gender equality.

The confusion of loyalties and aspirations (not to say naïveté) of some in the émigré community is exemplified by the fate of Konstantin Rodzaevsky, a leading Harbin fascist, who in 1945 wrote to Stalin, acknowledging that he had wasted his life opposing the USSR and that Stalinism was, in fact, Russian Fascism. He returned to the USSR, was put on trial for spying, and sentenced to death.

Faced with these complexities, the Australian officials trying to select immigrants come across as somewhat out of their depth. Their problems were exacerbated by their reliance on the DPs themselves to provide interpreters. The officials were beset by the demands of Canberra – no Nazis or collaborators, no Reds (particularly as the Cold War set in), no professionals or intellectuals, no Jews (but be discreet) and Immigration Minister Arthur Calwell’s preference for good Aryan types, ‘horny-handed toilers’ from the Baltic states.

At the same time, the organisations handling resettling, the United Nations Relief and Rehabilitation Administration (UNRRA) and its successor, the International Refugee Organization (IRO), were not particularly sympathetic to Australia’s preferences and prejudices, especially against Jews and, in some cases, actively sought to frustrate them. Migrants sponsored by Australians were also less likely to attract official restrictions.

The first shipload of Baltic migrants apparently conforming to Minister Calwell’s demands ‘underwent a remarkable transformation from proletarian to educated middle class’. The men trying to negotiate these demands on the ground fell back on their own prejudices, particularly when dealing with White Australia. One officer in Berlin disliked Spaniards, Moslems and Armenians, while others applied what the author describes as an early example of the ‘pub test’: would the subject cause a stir when walking through Martin Place?

The latter part of the book deals with the formation of Russian émigré communities in Australia. Those Russians who arrived as part of settlement programs for DPs found themselves in migrant camps away from the cities, in conditions that were in some cases worse than the camps they had come from in post-war Europe. Families were split up as men were sent off to fulfill their two years of work obligations, while women and children stayed in the camps or moved to the cities. 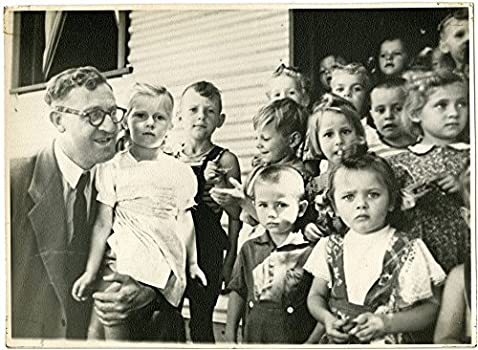 However, many migrants revelled in the opportunities to work, buy land and build their own homes and communities, formed around particular localities, Orthodox parishes and social clubs. These reflected the various strands in the communities: parishes might recognise the Moscow patriarchate, or the competing émigré church and social clubs might be White, or if not pro-Soviet then not overtly hostile to the regime.

These communities attracted the attention of both the Australian and the Soviet authorities. The former looking for subversives and the latter seeking to encourage repatriation to the USSR (and seeking to recruit agents). Officials from the USSR Embassy in Canberra, most notoriously Vladimir Petrov, seem to have been singularly unsuccessful in either task, while the Australian authorities found little evidence that cultural attachment, interest in Soviet achievements or contact with visitors from the USSR presented any security threat. In fact, the opposite may have been more prevalent, with émigré groups seeking to smuggle anti-Soviet material into the USSR and offering their services to the security agencies.

This is a rewarding and timely book that provides a solid factual and analytical base for examining immigration. At a time when significant groups in Australia seems to be pushing another ‘Red scare’, it serves as a reminder that immigrants are not responsible for the countries they have left and will almost certainly retain strong attachment to the language and culture of their country of origin. They may take pride in their homeland’s achievements without in any way compromising their commitment to Australia.

* Derek Abbott is a retired Senate officer. He has done reviews for Honest History on Geoffrey Blainey’s memoirs, Steve Gower’s book on the Australian War Memorial, Australian volunteers, an episode of family war history, the 1942 Melbourne ‘brownout murders’, what-ifs in history, the Commonwealth today, Monash and Chauvel, Australian home defence in World War II, the Silk Roads, Victor Trumper, sport, Australian foreign policy, World War I at home, Duchene/Hargraves and the discovery of gold, Charles Todd of the Overland Telegraph, and other subjects.