About The sweat of our brows

In this section there is material on how Australians have earned a living in different ways for themselves and their families, how they have succeeded and failed, how they have combined together, displayed resourcefulness, been regulated, left an impact on the environment and become less equal to each other. The section covers a complex set of strands of our history and many of these strands relate to others further afield. 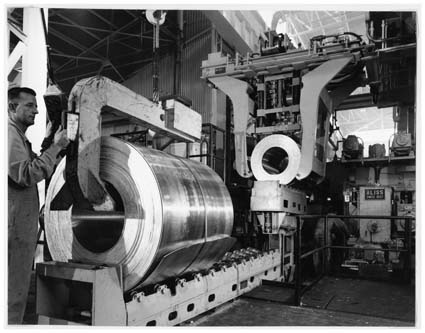 The history of the bush has been different to that of the cities (Bengsen, Brett, Rose & Davis, Waterhouse, Watson). The environment has felt the effects of economic struggle in many ways (Flannery, Robin & Griffiths) while having its own impact, through drought, fire and weather (Anderson, Cathcart, Collins, McKernan, Sherratt et al, Stanley), on Australians’ ability to make a living from the land.

The labour movement has been the subject of much research (ACTU, Bongiorno, Bongiorno, Cahill, Dyrenfurth & Bongiorno, Faulkner & Macintyre, Isaac & Macintyre, Macintyre, McKinlay, McMullin, McMullin, Murphy, some of it considering how the movement deals with the responsibility of government (Gallop & Patmore, Gollan, Murray, Rawson plus biographies of Labor prime ministers – use search function). Other work addresses how labour produced a particular type of Australian (Ward), how it nurtured intellectuals (Irving & Scalmer), how it sang (Gregory), how it went to war (Bongiorno, Cain, Colebatch, McQueen), and how it – and the society as a whole – tried to cope with the arrival of competing immigrant workers (Higgins, Jupp, Lake & Reynolds, Martinez). Feminism has a history of its own, much of it with an economic angle (Grosjean & Khattar, Lake), as do riots (Armstrong, Jakubowicz).

There are many archival resources that help with this part of Australia’s history (ANU Noel Butlin Archives, Melbourne University Archives, National Archives, and trades unions sources). Finally, even this detailed summary of the resources in this complex section needs to be augmented by a browse through the section’s contents.

Note that this introduction does not refer to Whizzbangs tagged ‘The sweat of our brows’. You can find them by browsing the list of all items with this tag.

Print This
Click here for all items related to: The sweat of our brows