We are told that one of the most notable aspects of recent Australian history has been unbroken economic prosperity. We are told about more than two decades of growth, the proceeds of the mining boom, the benefits of deregulation, and ‘dodging the bullet’ of the Global Financial Crisis through clever economic policy measures.

Beneath all of this, though, as a quietly flowing current in the stream of our national story, there has been an increase in poverty. Some recent reports have traced increasing inequality in Australia but the ACOSS Poverty Report 2014 (released 12 October) focuses sharply on the lives of those Australians living below what we have called, since the Henderson Report 40 years ago, ‘the poverty line’. Four decades on, definitional arguments about poverty continue, alongside studies of the subject and discussion of policy options. Yet some facts are pretty clear.

Following are some highlights from the ACOSS Report, which is the third in a series and uses statistics from 2011-12. Research for the Report was conducted by Peter Saunders, Bruce Bradbury and Melissa Wong from the Social Policy Research Centre at the University of New South Wales. (This Peter Saunders is not the Peter Saunders from the Centre for Independent Studies, who has different views on social policy.) There are forewords from Cassandra Goldie from ACOSS, David Morawetz from the Social Justice Fund, John Falzon from the St Vincent de Paul Society, Kelvin Alley from the Salvation Army and David Thompson from Jobs Australia. The Report includes many references. A media release on the Report is here. 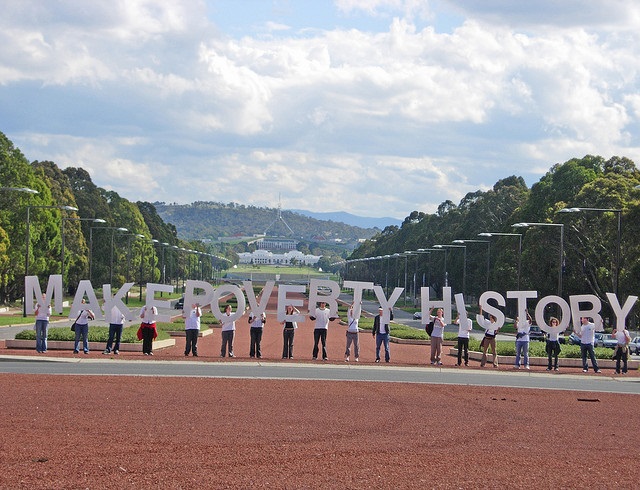 It is unacceptable that after 20 years of economic growth our wealthy nation is going backwards in the numbers of people falling into poverty. As this report shows, most of this poverty is concentrated among the groups of people facing the most disadvantage and major barriers to fully participating in our community. These include people who are locked out of the jobs market, single parents, women and children, people with disabilities, the old, the young, Aboriginal and Torres Strait Islander people, and migrants.

The risk of poverty is highest among people who rely mainly on social security payments for their income. The social security safety net is vital for people who lose their job, fall ill, have a disability, separate from their partner, or retire, yet this report shows that the system is not doing its job to prevent poverty among people who experience these common life events. (Cassandra Goldie, ACOSS, Preface)

Our task … is to transform our personal stories of injustice into a powerful, collective struggle for a new society; a society in which people are not blamed because economic structures lock them out or, in some cases, lock them up; one in which people are not told that they would not be poor if only they chose to be a little more productive. This is our beautiful struggle, we who are many; we who make up the massive movement for progressive social change. We have only one enemy. It is called inequality. (John Falzon, St Vincent de Paul Society, Preface)

Women are significantly more likely to experience poverty than men, with 14.7% of women compared with 13% of all men experiencing poverty in 2011-12. 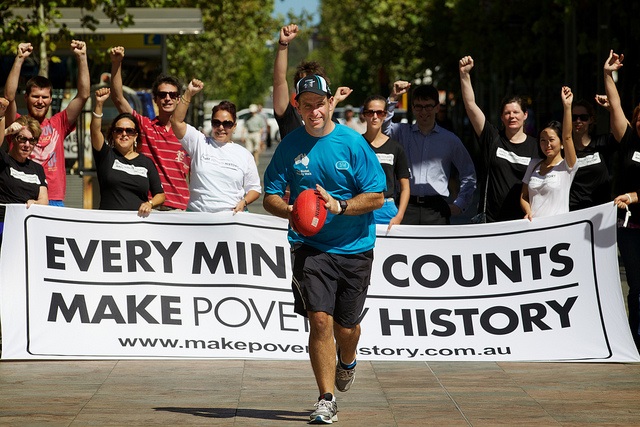 The overall risk of poverty is higher in Tasmania [15.1%], Queensland [14.8%] and NSW [14.3%] than in the other states [Victoria is 13.9%, WA 12.4%, SA 11.7%, ACT and NT 9.1%]. This may reflect a combination of weaker employment opportunities, higher housing costs, and/or the different age profiles of different states. For example, although average rents are lower in Tasmania than in most other states, it has relatively high unemployment and a high proportion of older people.

The risk of poverty is greater outside capital cities in most states and territories (especially in Queensland and Tasmania), in part due to higher unemployment in regional Australia. The exceptions are New South Wales and Western Australia [12.4%], where very high housing costs in the capital cities have increased the risk of poverty (when those costs are taken into account, as they are in this research). (pp. 28-29)

Sick of saying ‘No’

Just being able to take my daughter out.

her friends have the best toys

That’s the hardest for me.

she knows you can’t afford it.

At the supermarket yesterday

ice-cream was $2 cheaper the day before.

Walked out with nothing because

They’re the kind of things that upset me.

That we can’t give her what other kids have.

She can’t have the best clothes,

We just don’t have that option.

I’m sick of saying no the whole time

because it wears you out.

Not having to say no once…