The past is not always a strange country but looking backwards requires balance. It is easy to find superficially similar situations and opinions from decades ago and transplant them to our own time. On the other hand, research often throws up little gems which may help in analysing what is happening today. Just as often, however, these gems remain frozen in their own time.

Honest History intends to publish occasional ‘highlights reels’ to rinse off some of these gems – that is probably a mixed metaphor – and let the reader be the judge as to their utility or otherwise. Our first highlights reel is from an article published in 1902 by Henry Bournes Higgins (1851-1929), dissenting Founding Father, Labour fellow-traveller, path-breaking judge, pioneer of wage-setting principles, and grieving father of a son killed in Palestine in 1916.

Given the possible relevance of Higgins’s remarks to today’s accusations of ‘class warfare’, it is worth exploring his attitudes a little further. John Rickard, writing in the Australian Dictionary of Biography, said this of Higgins:

When asked why he did not join the Labor Party himself, Higgins was evasive, but implied that he did not attach to “ultimate theories”, by which he presumably meant socialism, the importance which Labor did. Yet Labor was hardly a socialist party, and Higgins himself was a persistent critic of the “bourgeois principle”, his political convictions reflecting an analysis of social class with at least a flavour of Marx; but perhaps his very sensitivity to class divisions helps explain his reluctance to enter the mainstream of the labour movement. Certainly, the high valuation he placed on individual conscience would have made it difficult for him to accept the constraints of caucus. 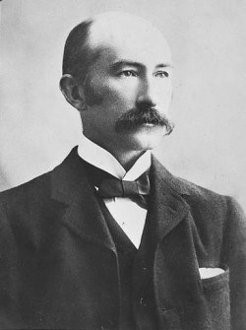 Whatever may be the case in other parts of the world, it is clear that in Australia there is a struggle being waged between two conflicting principles, meeting and making turmoil like opposing currents – I refer to what I may call the commercial or bourgeois principle, and the principle of solidarity – the principle of the special or private interest against the principle of the common interest …

The strife of the adherents of these rival principles is the staple of our newspaper controversies, our parliamentary debates, our economic and social discussions. Each side fights with all the zeal and energy of honest conviction. The one fixes its attention on all that has been won in the past by competition, by the pursuit of private gain and profit; and it thinks that thereby the general advantage is, in the long run, best attained. The other prefers the general good to private gain, looks to the diffusion among the masses of such benefits as Nature and civilisation afford – proclaims that the best cannot be got out of life by any man, or by any class, when the masses around are in want or misery; insists that Society is, or is becoming, so far an organism that no parts of the body social can be really healthy unless all parts are healthy … [9]

Now, the contending parties are each seeking to get control of the State. I use the word “State” in its broad sense, as comprehending all our parliamentary and governmental powers – the tax-levying and tax-spending powers, the whole law-making and law-executing machinery. There is a curious fallacy, encouraged in bourgeois circles, that the bourgeois relies less on the State than the artisan … [10]

The truth is, the bourgeois likes the State interference, so long as it helps him to make private gain and profit. He dislikes that interference when it tends to the public as distinct from the private advantage. [11]