Update 15 August 2016: Australia’s Vietnam War – and keeping it in context

A collection of posts from the Honest History archive, starting today, which try to put the Vietnam War in context, both domestically and internationally.

Update 14 August 2016: Military loved ones lost and how we failed them

Herald-Sun report raises some interesting issues about how we treat veterans and what our priorities are in relation to service people. Do you get more attention if you die? Has this always been the case?

Update 7 August 2016: Memories of war: A film and research project in Ballarat

Producer Lucinda Horrocks writes about a project that produced a film that is ‘evocative, contemporary and ambiguous, using letters written by Great War soldiers and their family members.

A media release from the Minister. Mark Baker, biographer of Phillip Schuler, corrects some myths about Keith Murdoch’s Gallipoli letter.

Update 25 July 2016: We can’t see the war for the memorials: balancing education and commemoration

Leah Riches and James Bennett in The Conversation make some points about how we present war to children. Honest History’s David Stephens comments.

Terry Sweetman in Brisbane’s Sunday Mail notes the high cost of Great War commemoration, the domination by dignitaries at overseas events, and the superfluity of the Monash museum at Villers-Bretonneux.

Minister Tehan spoke at Fromelles; and again. And at Pozières. They were suitably sombre speeches. Director Nelson from the Australian War Memorial spoke at the National Press Club, with ABC cameras focusing on tears in the eyes of the audience but with relatively few comments against the text in The Australian. Paul Daley wrote in Guardian Australia (about soldiers being sacrificed rather than making the supreme sacrifice) and got nearly 1500 comments. The Shire at War blog recalled Gippsland locals (with some photographs); and again. More. More. More (Pozières). More.

There were items from Nick Miller in The Age, and on the ABC; and again. More from Shire at War. SBS had some photographs from the time. Tony Wright in Fairfax. The notice paid to these battles was much less (and much less gung-ho) than that paid to Gallipoli, 15 months ago, understandably.

Me and my shadow

After the recent democratic exercise, Anzac centenary minister Dan Tehan has returned to the job formally. Honest History congratulates the Minister on his re-election as Member for Wannon and his remaining in the Ministry.

The Minister put out a press release last week on Fromelles commemoration and it has now appeared on his website. (More; the Minister is at Fromelles.) As we have said before, we hope his speeches get onto the website in due course.

In the opposing trenches, there were suggestions that David Feeney, member for Batman, might not hang onto his shadow responsibilities, which included veterans’ affairs and the centenary of Anzac. We shall see. Meanwhile, Honest History congratulates the Member for Batman on his re-election. 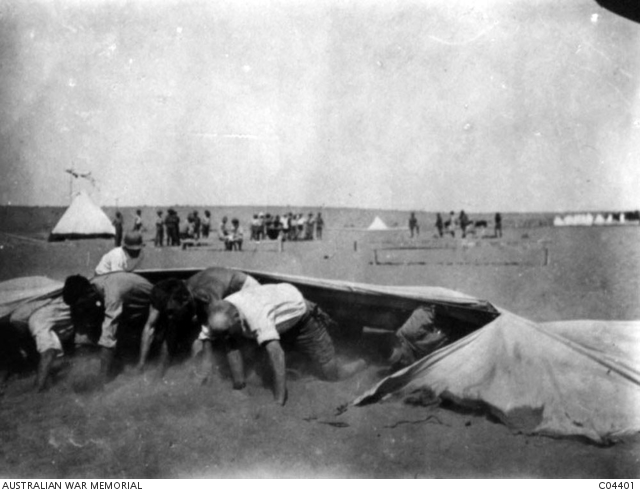 Occasionally, Honest History looks at what is happening in the states and territories in the commemoration space. Queensland has had an Anzac Day Commemoration Committee (ADCC) since 1916 and these days it also has the Queensland Advisory Committee for the Commemoration of the Anzac Centenary (QACCAC), which advises the government. The QACCAC includes government, cultural institution, ex-service and other representation, including the Honorary Turkish Consul and the current president of the ADCC, Commander Darryl Neild OAM (Ret’d).

The QACCAC Newsletter and website reminds us that ‘From Boulia to Brisbane, organisations big and small are planning all sorts of events and projects to mark the centenary of the First World War’. It provides details of upcoming events. Meanwhile, the work of the former long-time president of the ADCC, Colonel Arthur Burke OAM (Ret’d), still features on the ADCC website, for example, his classic essay, ‘The Spirit of ANZAC‘, which Honest History has often used as an example of ‘Anzackery’, the overblown version of the Anzac legend. (There is comment on this essay by the late Governor of Tasmania, Peter Underwood.)

The Alternative Guide has been downloaded 1411 times in the 12 weeks since Anzac Day. It is unfortunate that the Australian War Memorial has declined Honest History’s offer to make a presentation to the Council on the Alternative Guide but, as we said when we heard this, ‘perhaps the Memorial made up its mind long ago that the story it tells should not be a subject for debate’.

Honest History remains of the view that an organisation which believes in itself and its story should have no qualms about contesting in the marketplace of ideas. Meanwhile, Honest History’s David Stephens will be discussing the Alternative Guide at conferences in August and September of the Tasmanian History Teachers’ Association, the Professional Historians Association Victoria, and the History Teachers’ Association of Australia. Honest History welcomes other invitations to talk about the Alternative Guide.

The guitar on which singer-songwriter John Schumann composed the Vietnam War anthem ‘I was only 19’ has been donated to the Australian War Memorial. The significance of the guitar and the song was discussed here and here. The guitar will be a central part of the Memorial’s commemoration of Australia’s Vietnam involvement around the 50th anniversary (18 August) of the Battle of Long Tan, in which there were 42 Australian and approximately 600 Vietnamese casualties.

On songs also, our Melbourne scout Gerry Schulz has pointed us to two versions of Eric Bogle’s ‘The band played Waltzing Matilda‘ which we had not come across before, one from The Pogues and one from June Tabor. We reckon Tabor wins hands-down. See what you think.

Both videos are on the excellent Stop the War Coalition website, which is well worth exploring. When it comes to anti-war songs, context counts for a lot.

Honest History has been reading closely the speeches of War Memorial Director, Brendan Nelson. He will be speaking tomorrow at the National Press Club, Canberra, on the subject of ‘Fromelles to Pozières – we remember’. More to come on this subject.

Working in the Discovery Zone

Back to school in Canberra this week but the War Memorial got in one last promo (in the ‘Panorama’ section of the hard copy Canberra Times) for school holiday visitors to the Memorial’s ‘Discovery Zone’, where ‘kids can experience what it would be like to work in a trench, a helicopter, or a submarine’ (emphasis added). The bland deceptiveness of this language continues the Memorial’s tradition of the sanitised presentation of war to children.

Honest History recently reported the ABC’s search for a film-maker to produce a documentary on Sir John Monash for showing on various media and at the $100 million Sir John Monash Interpretive Centre in rural France. We understand a decision will soon be announced. Watch this space. 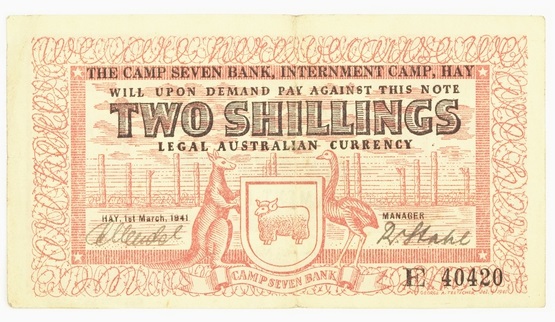 The young men who came to Australia on the Dunera during World War II have made a distinguished contribution to our national life. They and their descendants continue to meet and prosper and their most recent newsletter is here.

Alan John (‘Bill’) Sweeting MBE, born 1918, was a member of the team of journalists and historians who wrote the official history of Australia in World War II. Sweeting contributed 200 pages about Australian prisoners of war and in the early 1970s supervised the writing and production of the final volumes of the history.

Journalist Alan Ramsey wrote in 2006 about Bill Sweeting and others involved in the World War II history. Bill Sweeting died on 9 July in his 98th year. ‘Bill was a true gentleman’, his family’s death notice said, ‘an accomplished writer, editor, historian, a keen sportsman and an avid reader’.

This time we look at pacifists in World War I, a bizarre book about the Dardanelles campaign, the politics behind some of the ‘Ataturk words’ commencing ‘Those heroes that shed their blood’, a Turkish view of how the Ataturk memorial came to Canberra, and the connection between the Martin Place siege and Anzac.