In this edition there were reports from the Dardanelles of the sinking of the British ships Triumph and Majestic and, further afield, fighting around Ypres and on the Eastern and Italo-Austrian fronts. On shore, there were sports days at International College and Robert College and a Red Cross fete or bazaar held the previous month, where sellers were carefully identified by religious affiliation. 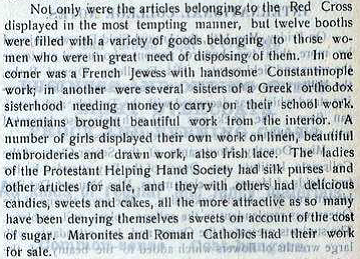