Jazz, distinctively American musical style. The historical significance of jazz, as opposed to its enduring cultural appeal, lies in the extent to which it reflects the mobility of the American people in general and of African-Americans in particular. (Cassell’s Dictionary of Modern American History) 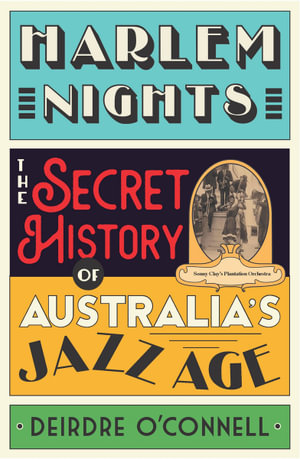 Deirdre O’Connell’s Harlem Nights is an ambitious reflection on cultural history of Australia in the 1920s. The author’s motivation to research and write the book arose from an interest in the transmission of the American blues to Britain: whether ‘a country [Australia] once synonymous with Whiteness [also] came to get the blues?’[1] It is a fascinating question, not least because Whites-only policies predominated for much of the 20th century in Australia.

The story of Harlem Nights began with the arrival in Sydney on 19 January 1928 of a steamer from the American West Coast. Among the passengers was a 17-member Black American jazz revue, known as Sonny Clay’s Colored Idea. The youthful bandleader, Sonny Clay, then aged 28, was a talented musician from a prosperous family in Phoenix, Arizona. After graduating from high school, he had formed a four-piece jazz orchestra and soon decided that show business was preferable to a professional career.

Clay’s early musical career at a Phoenix ballroom involved playing to the city’s three racial groups on segregated nights. But he was restless and by 1920 prohibition was impacting on employment at American bars and entertainment establishments. South of the border in Mexico, though, there were plenty of employment opportunities and Clay linked with influential jazz musicians such as the legendary pianist ‘Jelly Roll’ Morton. By 1922, Clay moved north to Los Angeles and recruited musicians with whom he worked clubs and bars and filled support roles in films.

After moving through the early years of Clay’s career, Harlem Nights introduces Harry Muller, a New Zealand-born, San Francisco-based entrepreneur who loved show business, and promoted Australian interests on the West Coast of America. With movies, he knew that Australia was a small but highly lucrative market. For instance, of 721 movies screened in Australia in 1925, 676 were made in Hollywood.

As well as selling ‘America’ to cinema vaudeville audiences in Australia, Muller was West Coast theatre agent for the JC Williamson Company.[2] He realised that the way was open to bring together a group of Black musicians and entertainers for a revue to be presented at Sydney’s Tivoli Theatre. The revue, with Sonny Clay as band leader, would be known as Sonny Clay’s Colored Idea.

The group travelled across the Pacific in the SS Sierra, accompanied by Harry Muller, but Muller opted not to communicate the bureaucratic obstacles that he would face in bringing the show to Sydney and other Australian venues. The principal obstacles were the jazz band’s visa applications and opposition from the Musicians’ Union of Australia. These problems were largely addressed by careful description of the applicants as ‘colored theatrical artists’ rather than ‘musicians’.[3] 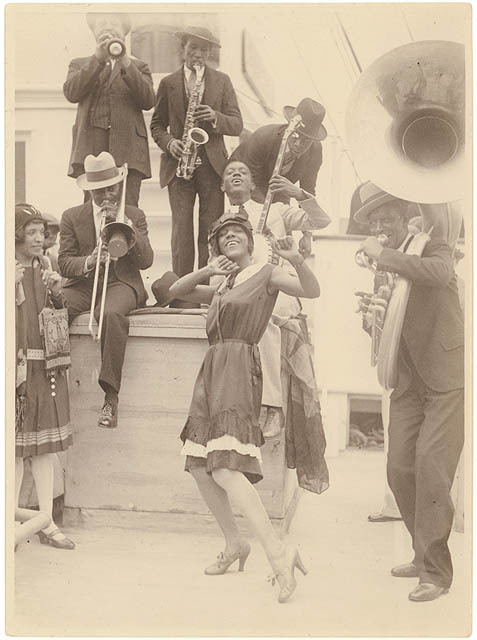 The principal promoter of the tour was Gayne Dexter, who combined editorship of the influential Everyone’s magazine with enthusiastic promotion of live entertainment in Sydney. Launched as a general interest weekly in 1920, Everyone’s quickly evolved as an entertainment and motion picture publication, before eventually folding in 1937.[4]

The first performance of Sonny Clay’s orchestra was at the Tivoli Theatre on Saturday, 21 January 1928, and the show continued twice daily for four weeks, excluding Sundays. To the great relief of the promoters, the Tivoli performances were a ‘decided box office success.’[5]

In spite of this success, there was a strong reaction to this modern jazz music as presented by Negro musicians. Bernard (later Sir Bernard) Heinze, director of Melbourne’s Conservatory of Music, ‘deplored the fiendish Negroid spirit, the seductive yet diabolical force …’[6], a theme also taken up by popular publications such as Sydney’s Sun newspaper, The Bulletin and, after an initial show of support, Smith’s Weekly. Commonwealth authorities took up the challenge. Major Eric Longfield Lloyd, director of the Commonwealth Investigation Branch in Sydney, submitted a confidential report into the ‘Negro Orchestra’ under contract to the Tivoli. He indicated that he had begun his inquiry on the basis of a single complaint about the musicians’ personal behaviour, lodged by an unidentified member of the public[7] .

Sonny Clay would later claim that his players had been hounded from the time that they arrived in Sydney. Melbourne was no different from Sydney in supporting modern music. The Carlyon family, with significant hotel holdings, had enthusiastically responded to the demand for jazz and dance and, when the Charleston craze arrived in the city in the autumn of 1926, Carlyon’s Green Mill became Melbourne’s most popular dance resort. Sonny Clay’s Colored Idea having completed its four-week program in Sydney, Tom Carlyon invited the troupe to travel to Melbourne and perform at the Green Mill.

In spite of the enthusiastic support for Clay’s performances in Australia, there was no letting up in the opposition from reactionary figures. The Musicians’ Union remained implacably opposed to the visit of the American performers. The union’s federal secretary, Cecil Trevelyan, a scheming, manipulative figure, plotted with former Prime Minister WM Hughes in seeking a boycott of these musicians. Hughes’ response was unambiguous: ‘Now the Land of Liberty sends us these scum – these black beasts to entertain us and we have seen how they do it’.[8] 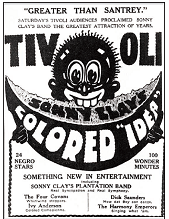 Encouraged by such derogatory comments, police in Victoria continued to spy on the musicians and their supporters, particularly their female company. Inevitably, there were lurid tales published by Melbourne’s Truth newspaper, with headlines such as ‘White Girls with Negro Lovers’. Deportation eventually followed and, when on 31 March 1928 ten members of the Sonny Clay Orchestra boarded a steamer bound for San Francisco, there was nothing subtle about the editorial commentary of Melbourne’s Argus newspaper: ‘Whatever religion may have to say about all men being brothers, the fact remains that no Australian regards the black man as his brother’.[9]

The 1920s was a time of great change in Australia with music, dance and movies transforming Australian lives, and it was inevitable that racist and reactionary elements would respond in a dramatic fashion to Sonny Clay’s challenge to White Australia’s cultural norms. Deirdre O’Connell’s Harlem Nights is an innovative, well researched history that reflects the extent of that challenge. The book deserves a wide readership.

[4] Research for Harlem Nights would have been greatly enhanced by availability of all issues of Everyone’s through Trove (National Library of Australia), digitised from physical copies held by the State Library of New South Wales.