Our indefatigable Steve Flora has surely become the world’s leading researcher on the Jauncey family and their Trans-Pacific and Trans-Atlantic world. As well as tracking Leslie, Beatrice and Eric, he is unearthing nuggets about rabidly patriotic American professors, King O’Malley, John Fisher (son of Andrew), Camp Fire girls and rental properties in San Diego, senior bankers, visitors to London in the 1930s, Labour newspapers, and baking powder manufacturing philanthropists in New Zealand. We at Honest History research history as well as collate it. More of all that to come during 2015. This time, more on Leslie Jauncey, jobbing journalist in 1930s America. HH

Opponents of President Roosevelt assert that giving the President what they call blind allegiance in fact makes him a “dictator.” In these days of growing dictatorship throughout the world, the charge that the President of the United States is a dictator merits attention. His opponents have become loud in their criticism of the announcement by Mr. Roosevelt that he would support in this year’s contest for nominations of the Democratic party those who propose to stand by him. 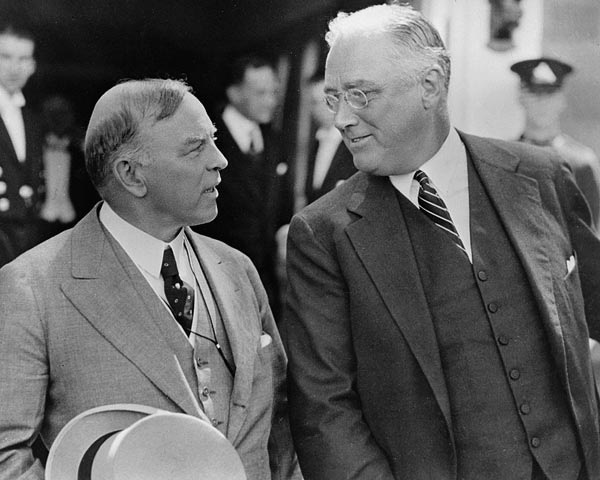 Jauncey went on to instruct his readers about the dual role of an American President, as Chief Executive and party leader. Roosevelt is better at this than President Wilson was.

The entrance of President Wilson into party contests was disastrous. His interference hindered rather than helped his campaign for a League of Nations. President Roosevelt, however, is a far more astute politician than President Wilson, and reports of his tour indicate that he once more drew the common man to his side. It is interesting to note that it is the conservatives who are leveling the charge of “dictator” at President Roosevelt. Most of these critics are significantly silent about Fascist dictators abroad.

Democratic countries need strong leaders, provided they are subject to democratic controls. The President believes in these controls but wants to see his reforms enacted as well. [1]

Two weeks later, Jauncey was writing about doctors, claiming that America was fighting the American Medical Association to bring medicine to the people. [2]

To-day the progress of science has placed at the disposal of medical doctors new methods and instruments which can improve the health of the people. But the distribution of medical care in the United States has not kept pace with the evolution of medical science.

Which shows some things change in the United States at a less than glacial pace. Jauncey quotes one doctor saying, ‘The maintenance of the standards of [the] medical profession has been grossly unsatisfactory. There are large areas in this country where the practice of medicine as at present carried on is medieval.’ The AMA had also opposed the development of group medicine (consumers clubbing together to to obtain insurance to support medical care for groups) and the Department of Justice was taking legal action against the AMA under anti-trust laws.

The equipment necessary for medical care and diagnosis to-day [Jauncey concludes] is so expensive that either group medicine or socialization of medicine is necessary for most people to be able to receive the benefits of recent medical discoveries. To make socialization of medicine a success in the United States, it will be necessary for the progressive doctors to come into control of the A.M.A. The best phases of drugless healing also should be included in any program for public health. So far the A.M.A. has not been willing to do this.

Jauncey’s interest in health care was part of his broader concern with inequality. On 6 October 1938 he wrote: ‘The National Resources Committee on September 3 submitted to President Roosevelt an estimate that in 1935-36 the average family income of the poorest one-third of the people of the United States was only 471 dollars (Australian Pounds 117)’. [3]

Later in October 1938 Jauncey turned his gaze across the Pacific, where Japan had invaded Manchuria. [4] ‘Most Americans look with horror upon the bombing of Chinese open towns’, he wrote. ‘Consequently, there is widespread feeling there that American firms should not profit from this ghastly destruction.’ He noted American concerns that enforcement of the Neutrality Act, restricting trade, would harm China more than Japan. While there was strong feeling against shipping American bombers to Japan, stopping these shipments would also mean stopping shipments to China. ‘As it is to-day, the victim [China] suffers for being attacked!’

At a time when Fascism and Nazism have been penetrating South America, the decision of the Chilean voters may be the first step in rallying the democratic forces of South America … The victory of the Popular Front in Chile, although expected by progressives, came as a shock to the conservatives. 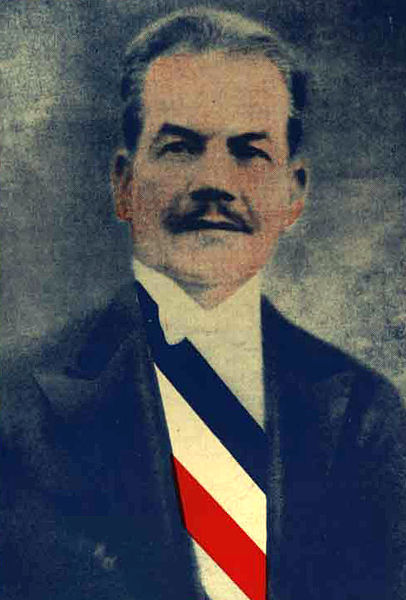