George Eric McDonnell (Eric) Jauncey (1888-1947), was a long-time expatriate, a physicist and a pacifist. He was also the older brother of Leslie Cyril Jauncey and brother-in-law of Beatrice Eva Edmonds Fripp Jauncey. Research by the indefatigable Steve Flora, who has even helped supply a Jauncey family photograph of the young Eric to the Australian Dictionary of Biography for its previously unillustrated online biography of Eric as well as one of the older Eric (below). Honest History’s Jauncey explorations continue to be our small case study in evidence-based history.

When still a young man Eric nailed his colours to the mast with this article in the Adelaide Labor paper, the Daily Herald, in 1913. Below the article is a photograph of Eric in later life. The younger Eric appears in the ADB article.

I am an Australian, who has been resident in England for some nine months, and I think a little comparison of the methods used by the English Independent Labor Party with those used by the Australian Labor Party will not be amiss and hence this letter.

At present the English Labor Party is not altogether a workers’ party, for the majority of the workers–that is, as many as have a vote–still vote Liberal and Tory (Conservative). The English Labor Party is rather a party of Socialists who believe that under the present economic system the worker is cheated out of the fruits of his toil, and that the only way to rectify this is not by patching up the present system, but by relegating the present capitalistic system to the scrapheap and instituting the new economic system known as Socialism.

The English Labor Party therefore starts off as a party whose ideal is the Socialistic state, and the problem which the English Labor Party has to face is how they are to get the great mass of working men voters to vote for them. Before the average English workman will vote Labor in preference to voting Liberal or Tory, it has to be proved to him that Socialism is desirable as far as he is concerned.

In order to gain adherents to the grand cause of Labor and Socialism, the English Labor Party carries on vigorous propaganda. Socialist pamphlets are distributed broadcast, and speeches are delivered in parks, at street corners, and in halls all over the country. By this means more and more working men are being brought into the fold of the Labor Party; and not only working men, but other men as well. Consequently, when such an extraordinary thing as a Labor majority in the House of Commons does happen in England, it will be perfectly useless for the capitalist opposition to stigmatise any Labor legislation as being Socialistic, and, what is more, the word won’t frighten any of those voters who have voted Labor, for all who will vote Labor will be Socialists.

In Australia the Labor Party has grown more or less in the opposite way. The Australian Labor Party commenced not as a Socialist party, but rather as a workers’ party, and so it is that at the present time in Australia it is not a question of getting the workers to vote Labor, for the workers’ vote is, I believe, a solid Labor vote. Commencing as a workers’ party, the Labor Party in casting about for a political ideal has adopted, not exactly Socialism, but, more correctly, a Socialistic programme.

Now I am not going to enter into a discussion of the question. “Which method is the better?” the English or the Australian, as both methods lead eventually to the same goal. I think, however, we may take a cue from the English party in the matter of propaganda. It was reported in the cable news the other day that Mr. Fisher had said that the Referenda (1) proposals were not Socialistic. This epithet had been applied, I presume, by some member of the Opposition.

However, as far as I can see, the Referenda proposals themselves may not be Socialistic, but, if passed, they certainly would lead to Socialistic legislation. Many people, considering the Australian Labor Party only as a workers’ party and not as a Socialist party, have voted Labor in the past.

Now that the Labor Party has developed into a Socialistic party, and certain of their legislative enactments have been stigmatised by Liberals as Socialistic, those voters who constitute what is known as the “floating vote” have become frightened, at the word Socialism, and have voted Liberal. The Labor Party must capture this “floating vote” by definitely acknowledging that their political ideal is Socialism, and then by going in for a wholesale propaganda on Socialism. It is always far better to speak of your own acts as Socialistic than to let the other fellow stigmatise them as such.

Prove to the people that Socialism is a desirable economic system and then there need be no fear of them voting against Socialistic proposals, simply because they are Socialistic. The Labor Party being out of office in the Federal Parliament now is the time for making converts.

(1) The referendum of 31 May 1913 proposed to extend the Commonwealth’s powers over trade and commerce, corporations, industrial matters, trusts, nationalisation of monopolies and railway disputes. Queensland, Western Australia and South Australia produced a majority in favour of each proposal and the votes in favour of the proposals ranged from 49.13 to 49.78 per cent. 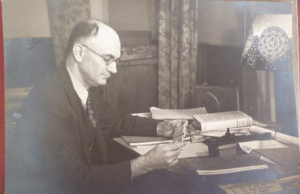 Eric Jauncey’s passport troubles in 1917 show how the incautious remarks of a young man can get him into a disproportionate amount of trouble in a stressful wartime environment. Some time early in 1916, GEM (Eric) Jauncey, then an instructor in Physics at the University of Missouri, Columbia, wrote a letter to his brother, Keith, in their hometown of Adelaide. The letter included this paragraph:

I may say that I am preaching the gospel anti-war, Anti-British, anti-American, anti-Ally, for all I am worth. I’ve been having students to my home and in my classes I drop hints and remarks whenever I get into personal chats with the chaps. Of course I may get the sack for pro-Germanism, but that is part of the fun. One is either pro-German or I.W.W.

The letter was intercepted and read by the Australian censor. (It is not clear why; perhaps the Jaunceys were already under suspicion.) 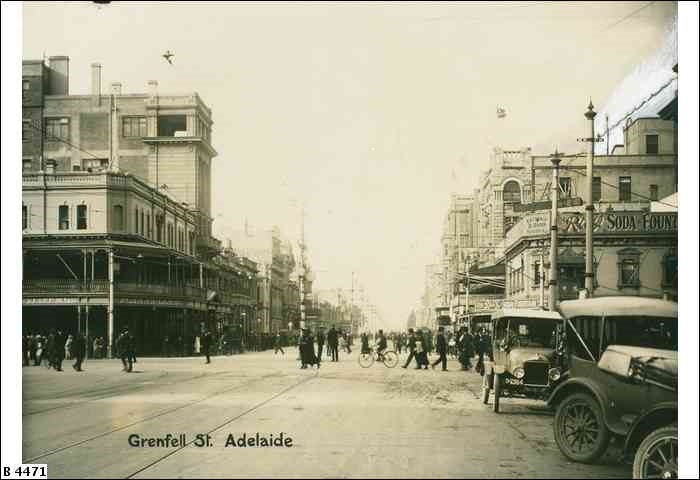 When Eric, then aged 28, applied in April 1917 for a passport to return to Australia, the application was refused after the Australian Prime Minister’s Department wrote to the British Ambassador in Washington, asking that a passport not be issued because Eric was suspected of being an enemy sympathiser. (At this time, Britain looked after Australian consular matters in the United States and Eric had applied for his passport at the British Consulate in St Louis.)

Eric applied again on 15 July but was again refused. He then wrote to the Australian Government, asking that the matter should be investigated. ‘Canadians can return to Canada’, he said, ‘why not Australians to Australia?’ The Secretary of the Department of Home and Territories replied, saying that no action could be taken by the Government.

The Defence Department was informed of this letter and presumably passed advice on to the British Embassy in Washington, whence an officer signing himself only as ‘A’ wrote to the US State Department on 16 November, giving the background and quoting the original letter from Eric to Keith. State contacted the Department of Justice and its Bureau of Investigation (predecessor of the FBI) presented the evidence to University of Missouri President A. Ross Hill.

Soon after, Jauncey resigned in order to avoid embarrassment to the University; he denied he was pro-German and objected to the use of an undated, out-of-context letter to his family, one written before the Americans had entered the war. Not long before his resignation he had given a lengthy interview to a newspaper on the advantages of the Australian over the American political system, without mentioning the question over his loyalty. Perhaps he did not know at this time that his academic career in Columbia was about to end, essentially because of actions by the Australian government.

Eric was still feisty after his resignation, however, as is shown by the letter from his colleague, Professor H. Wade Hibbard, to the Bureau of Investigation, in which Hibbard seems to be seeking for Eric what later came to be known as ‘termination with extreme prejudice’. Apart from the letter’s trenchant tone, it is notable also for including a garbled version of the original paragraph from Eric to Keith, presumably because it had been leaked by President Hill or had otherwise become news on the relatively small campus.

Eric left Columbia early in 1918, later taking up other academic posts. He wrote to Prime Minister Hughes in 1920 seeking an Australian passport. He worked with Nobel Prize winner Arthur Compton and wrote a standard university textbook on physics. His Australian passport was granted in 1923 but he only returned (briefly) to Australia in 1926 before his death in 1947.