Update 5 May 2022: Our FOI claims on the Department and the Memorial still leave a loose end

The Australian Heritage Council members put up some minor quibbles on the Heritage Management Plan, which the Memorial says it has accepted but the final revision of the HMP is still not on the Memorial’s website. Meanwhile, a Memorial response to a Senate Estimates Question on Notice says its latest version went to the AHC on 21 March. We are asking if there has been a response yet.

As foreshadowed by the Memorial on 12 January (see below) a ‘revised final report’ HMP has appeared on the Memorial’s website – without fanfare. It is dated November 2021 and is 265 pages long. We will read it to see how it gets around the destruction of Anzac Hall.

Update 24 February 2022: We read the new HMP and came to the conclusion that, when something is difficult to justify – like the destruction of Anzac Hall – you just gloss over it, using lots of stuff that others have used previously. Thus:

More significant is this sentence on the Memorial’s website, immediately following the link to the revised plan: ‘The Heritage Management Plan was conditionally approved by the Australian Heritage Council [AHC] in December 2021’. ‘Conditionally’. What conditions? Will they be made public? When?

On 10 February, Honest History lodged FOI claims with the Memorial and the Department of Agriculture, Water and the Environment (responsible for heritage matters) seeking records of the AHC meeting of 21 December that discussed the HMP and of subsequent exchanges between the Memorial and DAWE. We do not suggest that the timing of the publication of the HMP had anything to do with the timing of these FOI claims.

Finally, it is worth noting that the revised November 2021 HMP is ‘supported’ by two documents, the Australian War Memorial Heritage Register Report and the Australian War Memorial Heritage Strategy. They are both dated 2008. Really. Both documents refer to Anzac Hall as it existed in 2008. Anzac Hall in the future – ‘New Anzac Hall’ as it is called in the revised HMP – will be a different beast altogether.

On 21 December last, the Australian Heritage Council (AHC), ‘the principal adviser to the Australian Government on heritage matters’, considered the Australian War Memorial’s draft Heritage Management Plan (HMP), submitted to the Council earlier in the year. (The AHC’s chair since mid 2021 has been former Victorian Premier, Ted Baillieu.) Honest History and Heritage Guardians asked about the outcome of this meeting and received the following reply on 4 January from the media area of the Department of Agriculture, Water and the Environment (DAWE), the department responsible for national heritage matters. (We have inserted a couple of points in brackets.) 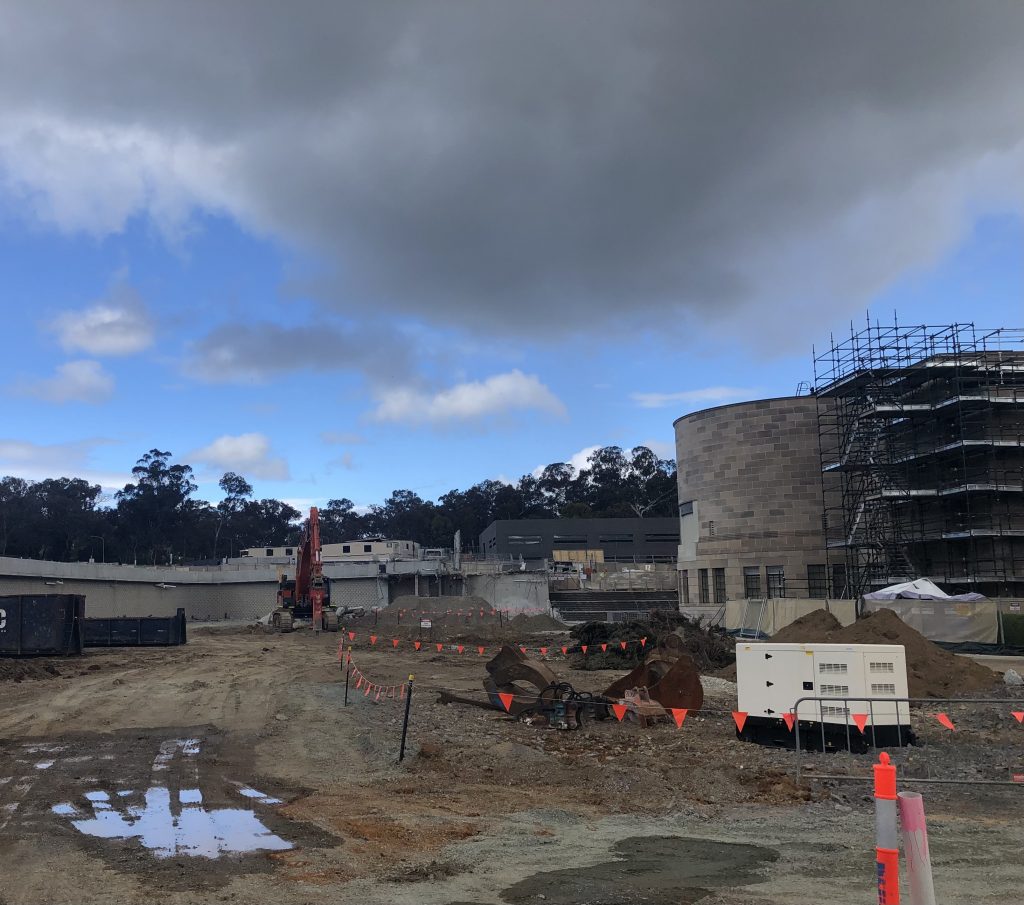 Please see below response attributable to a departmental spokesperson.

The AHC considered the Heritage Management Plan at its December 2021 meeting in accordance with the requirements of s. 324S(6) and s. 341S(7) of the Environment Protection and Biodiversity Conservation Act 1999 [these sub-sections are the ones requiring consultation with the AHC – HH]. The AHC’s feedback on the HMP has been provided to the Australian War Memorial.

The HMP from 2011 which is included on the Australian War Memorial’s website [here – HH] is applicable until the revised plan is approved.

As the AHC only provides advice on the plan, and it was drafted by the Australian War Memorial, we recommend that you could engage with the Memorial if you have detailed questions.

We then went to the Memorial and received this reply from its media area on 7 January:

The following response can be attributed to an Australian War Memorial spokesperson.

When might this occur, we asked, and the Memorial replied as follows on 12 January:

The following response can be attributed to an Australian War Memorial spokesperson.

“The Australian War Memorial is updating its Heritage Management Plan and will seek further feedback from the Australian Heritage Council before it is published online, which is targeted for issue in the first quarter of 2022.”

That means some time before the end of March.

What are we to make of all this? Essentially, a loose end that has been hanging since 2019 is still hanging and it is difficult to figure out why. Are we to take it that the AHC is not giving in without a fight, even though it only ‘provides advice’? Does the Memorial still have significant work to do on the HMP? Surely, the Memorial must win in the end without losing much skin, given that the Prime Minister has been supporting the project for more than three years? Perhaps an FOI claim might help unravel the loose ends.

They prepared this earlier

The Memorial’s 2011 HMP gave a prominent place to Anzac Hall. Policy 1.11 in that plan reads, ‘Conserve, manage and interpret the ANZAC Hall as a part of the AWM main building’ (page 67). Remember, too, that the 2011 plan still applies to the Memorial (see above), in the absence of an approved later plan. It was the plan that still applied as the bulldozers destroyed Anzac Hall from July last year.

The Memorial’s 2019 draft HMP – which was publicly available for a while during that year, then disappeared from view – also clearly envisaged a future for Anzac Hall within the Memorial. Policy 9.9 of the draft said, ‘Conserve, manage and interpret ANZAC Hall’. Anzac Hall had a ‘medium tolerance for change with regard to siting and architectural form’. This meant it ‘should be retained and conserved’ but ‘may be altered to some degree without adverse impact on heritage significance’ (pages 63-64, 94).

Possibly altered but still ‘retained and conserved’. Given that the Memorial in 2019 knew that it wanted not to retain and conserve Anzac Hall but destroy it, it is no surprise that it (and the then Department of the Environment and Energy, later DAWE), suppressed the draft HMP that gave pride of place to Anzac Hall. While the Memorial sat on the draft plan it looked forward to getting that irreversible big hole in the ground, where Anzac Hall once stood.

The 2019 draft is now firmly in the dustbin of history. It is what has happened since 2019 that matters – and how it compares with the still applicable 2011 plan. Various remarks from the Memorial and DAWE in Estimates Committees and elsewhere can be translated as

(1) we are fiddling with the revised HMP to make it compatible with the destruction of the old Anzac Hall and the big hole in the ground – and we reckon the AHC will tap the mat eventually;

(2) the words in the EPBC Act s. 341X requiring HMPs to be reviewed at least every five years do not mean that plans will be updated in those time-frames; and

A good example of the fancy dancing the Memorial has had to engage in regarding the HMP can be found in its answer to an October 2021 Senate Estimates Question on Notice from Senator Steele-John. There is more in the Heritage Guardians campaign diary (‘Find’ with terms ‘Anderson’, ‘DAWE’, ‘Heritage Management Plan’ and ‘Hitches’).

Spinning and playing tricks with mirrors

Curiouser and curiouser, as Alice in Wonderland said. She could have filled a job in the Spinmeister Unit (media section) at either the Memorial or DAWE. (We don’t blame the spinmeisters; they are not really meisters at all. They do as they are told.) Meanwhile, the members of the AHC, that ‘principal adviser’ body, must wonder whether their gigs are worth the sitting fees.

Meanwhile also, the War Memorial, that so-called ‘sacred institution’, continues to destroy itself. Anzac Hall was being turned into that irreversible hole in the ground even before the National Capital Authority gave its final approval of the Memorial redevelopment project – the Authority used its own subterfuge about ‘early works’ (‘Find’ under ‘early works’) which lumped the destruction of Anzac Hall together with matters as trivial as building fences and relocating power points – let alone before the likely final, still to be completed, fudging of the HMP.

The ‘freedom and honour’ that Great War soldiers were said to have died for now clearly includes the freedom to have bulldozers smash through ‘sacred’ heritage sites, regardless of public opinion, the law, and the meaning of words. There is no honour in that. 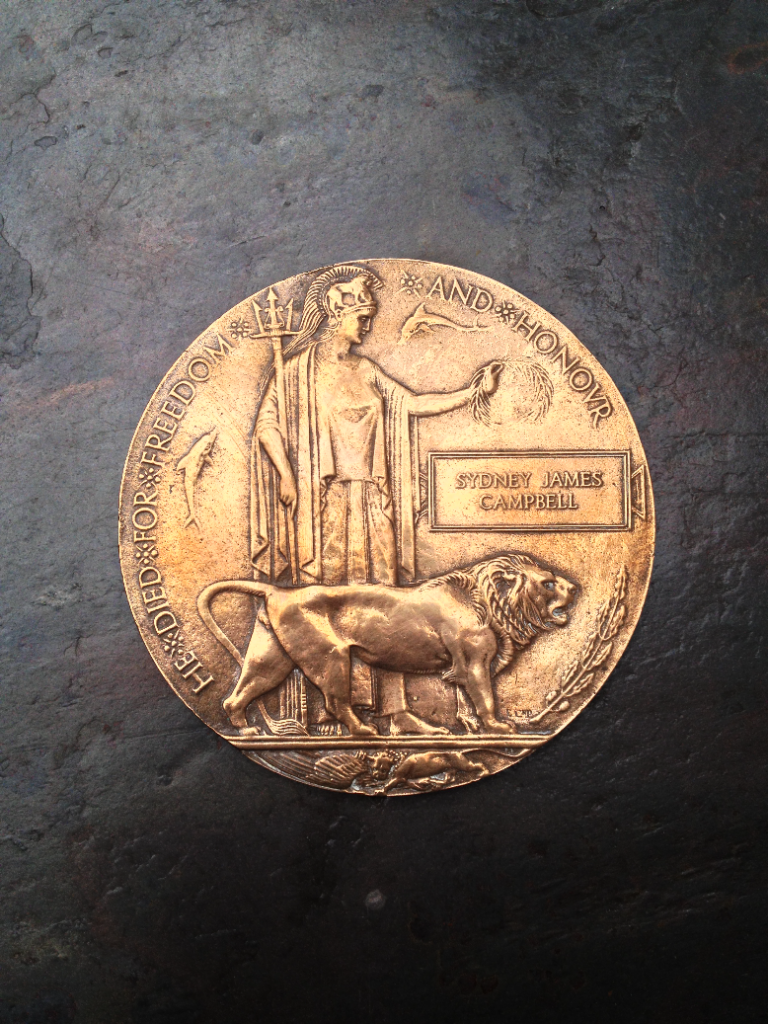 The King’s Penny or Dead Man’s Penny awarded by King George V to grieving families from the Great War – to assure them that their son, brother or father had died ‘For Freedom and Honour’ (author).

*David Stephens is editor of the Honest History website and has been convener of the Heritage Guardians (unsuccessful) campaign against the War Memorial extensions.

As always, Honest History will print without amendment any comment the Memorial or DAWE wishes to make on this post.