Stephens, David: The growing cost of the War Memorial’s vanity build: a tale of four letters: Part I

‘The growing cost of the War Memorial’s vanity build: a tale of four letters: Part I’, Honest History, 26 September 2022 updated

GREG JENNETT: Another one, just finally, Matt Keogh, because we get a lot of viewer feedback on this, particularly when we talk to you – the Australian War Memorial; it’s in your portfolio. You’ve got a budget coming up. We know that you had a little blow‑out, well, if $50 million is a small blow‑out earlier this year. Has there been any additional request for funding in the October Budget for the rebuild project that’s going on there?

GREG JENNETT: Nothing. So, the five hundred and fifty is still the current –

MATT KEOGH: So, that’s the envelope that the War Memorial is working at the moment.

A lazy $50 million lands at the Memorial ‘without any publicity’

On 1 July, the Canberra Times reported that the $498 million War Memorial extensions are now to cost $548 million. As the article said, ‘the Coalition government provided the extra funding in March without any publicity’. Thereby hangs a tale (with appropriate illustrations).

The Times article was of great interest to people who had been following the War Memorial redevelopment for many months. This was particularly because the article contained warnings from the Memorial’s Director that project costs might increase further as the price of labour and materials escalated. 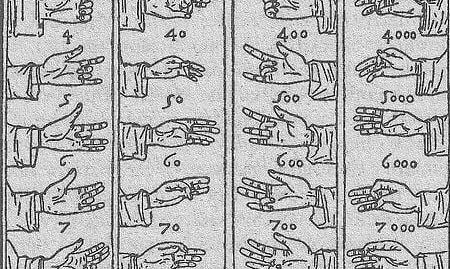 Something for the Audit of Wasteful Spending?

Knowing that the government had started an Audit of Wasteful Spending in the context of the 25 October Budget, Honest History and Heritage Guardians wrote to the Treasurer and Minister for Finance on 2 July, with copies to the Prime Minister and the Minister for Veterans’ Affairs, the minister responsible for the War Memorial. Here are the key lines in the letter:

I urge you to:

Our main concern in writing this letter was to ensure that, if the March extra $50 million was a rort, the opportunity was minimised for similar rorts to happen in the future. We could have asked, but did not, whether the project at $498 million included contingency for cost over-run, how much this contingency was, and, if there was insufficient contingency, why this was. These matters were presumably covered in whatever paperwork went to the then Treasurer or the then Minister for Finance to justify the extra $50 million. Perhaps someone should lodge an FOI claim to get at this paperwork.

A reply to our letter came from the Department of Finance (received 8 July), saying, ‘We will take the information you have provided into account as part of this Audit [of Wasteful Spending]’. Somewhat to our surprise, we also received a reply (dated 15 July) from the Director of the War Memorial.

‘The Minister has forwarded your enquiries to me’, the Director’s letter began, which caused the words ‘fox’ and ‘henhouse’ to come to mind, though we understood that the first instinct of a new Minister’s office might be to flick-pass the letter to the institution concerned. More importantly, we found the Director’s response difficult to parse. This was the key paragraph:

The total funding allocated to the Project by Government is $548.7m over 9 years. This funding consists of the 2018 Project funding of $498.7m and the March 2022 increase of $50.0m. The March 2022 increase is to meet the current extraordinary and unforeseeable market conditions for construction works in Australia arising from COVID-19 and other global events such as the Ukraine-Russia conflict. The $308m you describe as “increased capital injections” are not additional, they are part of the total Project appropriation of $548.7m provided over the Forward Estimates period to meet the Project cash flow requirements.

This seems to be playing with words: there had been an increase of $50 million in project funding, but the increase in capital was somehow ‘not additional’. Our letter of 2 July had linked to Budget papers for the previous two years showing an ‘increase in equity injections [totalling $308 million over two years, $170 million in the March 2022 Budget, $138 million in the 2021 Budget] to fund capital expenditure’. (More here, in our post dated 5 May, at sub-heading, ‘Capital injections’.) The Memorial now seemed to be saying that, once the extra $50 million arrived in the Memorial’s coffers, it was as if it had always been there.

There were also the questions of how strong was the evidence for extraordinary market conditions flowing from the Russian war on Ukraine and how much of this evidence was provided to justify the extra $50 million. Director Anderson, quoted in Steve Evans’s Canberra Times 1 July article, spoke in general terms about cost increases, and Evans reported statistics for increased prices of steel, timber, labour, and fuel, plus delays in supply of materials.

As a sample only, we checked Australian Bureau of Statistics figures for construction industry earnings (figures for full-time persons, that is, males and females): in May 2022, weekly ordinary time earnings were $1751.20, compared with $1695.10 in May 2021, which is only a three per cent increase, which seems fairly easy to absorb if that was the increase applying to contractors on the Memorial project. Obviously, there is a lot more to it than that one statistic and it would be interesting to know what bundle of evidence the Memorial put up to justify their extra $50 million from the then government in March. Again, perhaps someone should lodge an FOI claim. 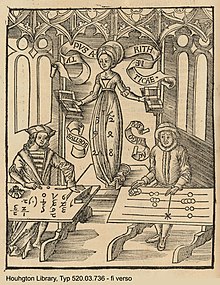 Back to the questions of ‘additional’ and ‘injections’, words mentioned in Part I. How could the $50 million have got into the Memorial’s coffers other than through those injections? Puzzled, we looked up the Department of Finance rules on equity injections and found these key words: ‘If an entity … intends to increase the budget for an administered capital project, a separate government decision is required for the additional funding’. We assumed the decision for ‘the March 2022 increase’ must have been somewhere in the process leading up the 29 March Budget, but we wanted to know more.

So, on 4 August we wrote back to the Director of the Memorial, seeking clarification. We copied the letter to Minister Keogh, implying that the matter was really one for him to get involved in.

*David Stephens is editor of the Honest History website and has been convener of the Heritage Guardians group, opposed to the $548m extensions to the Australian War Memorial.

More in Part II. Here’s a taste: we quote our letter of 4 August para by para, insert the relevant paras from the reply, and comment.

Given that the additional $50m had been received in March, whether through the Budget or not, why did not Acting Director Dawson or another Memorial officer mention this fact in Senate Estimates on 6 April? [Director Anderson was absent overseas.]

Reply from Minister’s Chief of Staff on 5 September

The purpose of Senate Estimates is to provide Senators with the opportunity, through public hearings, to question officials directly about the objectives, operational procedures and efficiency of the programs for which they are responsible. The role of the Memorial’s officials is to answer those questions and the Memorial provided answers accordingly at the April 2022 Senate Estimates process. Having reviewed the Hansard for 6 April 2022 it is clear that no Committee members raised the matter of funding and hence no discussion of the matter occurred.

That analysis of the 6 April Hansard (pdf, pp 60-61) is quite correct. Every public servant knows that one does not usually volunteer answers to questions that have not been asked. More to the point, the Senate Foreign Affairs, Defence and Trade Committee often fails to ask questions at Estimates that should be asked; it should note this description of the attitude of the Memorial to Estimates and be well-prepared and on its guard in future. Still, it is nice to have the rules of engagement spelled out in this way.