Henry Reynolds asks whether it was war or something less than war. Europeans thought it was ‘too scattered, too small scale. It didn’t have the dignity of war.’ But Indigenous people knew it was war, it was about important things to them, about whether they could control the way the land was managed, it was ultimately about their very survival, the survival of their cultures and traditions. ‘It was war because of what it was about, not the way it was fought … It was our most important war: one, it was fought in Australia, two, it was fought about Australia, and, three, it determined the ownership, the control, the sovereignty of a whole continent.’

Update 5 October 2022: Further key moments at the end of The Australian Wars. War Memorial Director Anderson is talking in April 2021 to Rachel Perkins, Director of the show:

Anderson: We are a highly respected national institution, so here we deal with facts, and that’s the guiding principle of my theme here at the Memorial and it’s what I’m determined to do, be guided by fact.

Perkins: So, how do we deal with the fact that the War Memorial doesn’t include military forces that dealt with frontier conflict?

Anderson: Well, my understanding of the history of the Memorial is when it tasked its historians to go back and look at that very question, they could find no evidence of forces, military forces raised in Australia, engaged in frontier violence, in frontier conflicts.

Perkins: Dealing with the facts, that is absolutely factually incorrect. How do we deal with this issue?

Anderson: Well, that is what it was conceived to do.

Compare and contrast the words above with those from Chair Nelson immediately below. How far has the Memorial come? Time will tell.

The council has made the decision that we will have a much broader, much deeper depiction and presentation of the violence committed against Aboriginal people, initially by British, then by pastoralists, then by police and by Aboriginal militia. That will be part of the new galleries. And so we will have more to say about that in due course when the gallery development is more advanced.

Update 27 September 2022: Rachel Perkins on ABC RN’s Conversations. Among other aspects, talks about the importance of oral histories. And letters and police records, with euphemisms, like ‘dispersal’ meaning killing.

Update 25 September 2022: Rachel Perkins on ABC RN’s Awaye, one of her many appearances around this time. Among other things, she resents the suggestion that Frontier Wars should be dealt with in the National Museum, alongside zoological exhibits.

Update 25 September 2022: Laura Tingle on ABC News (scroll down a bit; also in Australian Financial Review). Latest reports of ADF alleged atrocities in Afghanistan contrast with War Memorial’s big build. Also lack of coverage of Frontier Wars at War Memorial, Frontier Wars that ‘occurred under the fiction of Terra Nullius declared in the name of the British Monarchy’. Apropos of recent memorial events for the Queen.

Rachel Perkins’s documentary, The Australian Wars, has had its first episode on SBS/NITV, with more to come. The show has been well promoted on SBS – and deservedly so, as it is excellent and confronting television. It forcefully makes the point that the Australian Frontier Wars are not properly recognised and commemorated at the Australian War Memorial. 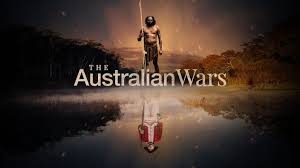 ‘The Australian War Memorial in Canberra is also moving to acknowledge frontier conflicts’, reporter Lucy Murray said. ‘Part of the expansion currently under construction will include a colonial gallery, the Director, Matt Anderson, telling SBS News he’ll be forming design teams for a pre-1914 gallery in 2025.’

Murray’s story was picked up in SBS TV News, 21 September (from mark 30.40), using essentially the same words as above for what was said by Director Anderson. This story aired just before the premiere of The Australian Wars (and the same bulletin included a story about the Hawthorn Football Club racism allegations).

Director Anderson’s comment to SBS matches what he said in his letter of 7 July 2022 to Honest History/Heritage Guardians:

The Gallery Master Plan includes, as previously, permanent exhibition space dedicated to Pre-1914 conflict. On current planning, the curatorial team with responsibility for developing the content for the new Pre-1914 Gallery will be established in late 2024. This team will be informed by a number of advisory groups, including the Indigenous Advisory Group that has been involved in the Development to date.

The membership of the Indigenous Advisory Group, sometimes designated the Aboriginal and Torres Strait Islander Advisory Group, is here. Honest History and Heritage Guardians wrote to each member of the Group in mid-August as follows:

The Prime Minister’s commitment to the Uluru Statement from the Heart opens up other possibilities. One of them is ensuring that the Australian War Memorial properly recognises and commemorates the Australian Frontier Wars. We ask that you, as a First Australian, work towards this objective through the War Memorial’s Indigenous Advisory Group that is considering appropriate content for the extended space at the Memorial.

First, the Memorial should have an Australian Frontier Wars Gallery as part of the 2.5 hectares of additional space being built in the current extensions project.

Secondly, the Memorial needs to add a prominent panel to its Roll of Honour to commemorate the dead of the Frontier Wars.

Thirdly, the words ‘Australian Frontier Wars’ should be carved into the walls of the Memorial surrounding the Pool of Reflection.

More information, including public statements and practical options for achieving the above outcomes.

We are contacting you through your publicly available contact details. Please get in touch if you need further information.

We received no response from any member of the Indigenous Advisory Group, which was disappointing, but we hope that each of them will take our letter into account in their conversations with the Memorial’s team. In those conversations, the Group is one of five. The other Groups are Access, Diversity, Veterans and Youth. There is no advisory group of historians – which is bizarre for an institution which deals with an important part of our Australian history.

Finally, it is very much worth noting that Director Anderson spoke and wrote about a ‘Pre-1914’ gallery, not a Frontier Wars Gallery. There was a Colonial Conflicts Gallery in the Memorial prior to the current expansion – ‘as previously’ in the Director’s words – but it barely mentioned frontier conflict.[1] It would be a travesty if that balance of subject matter continues in the future. 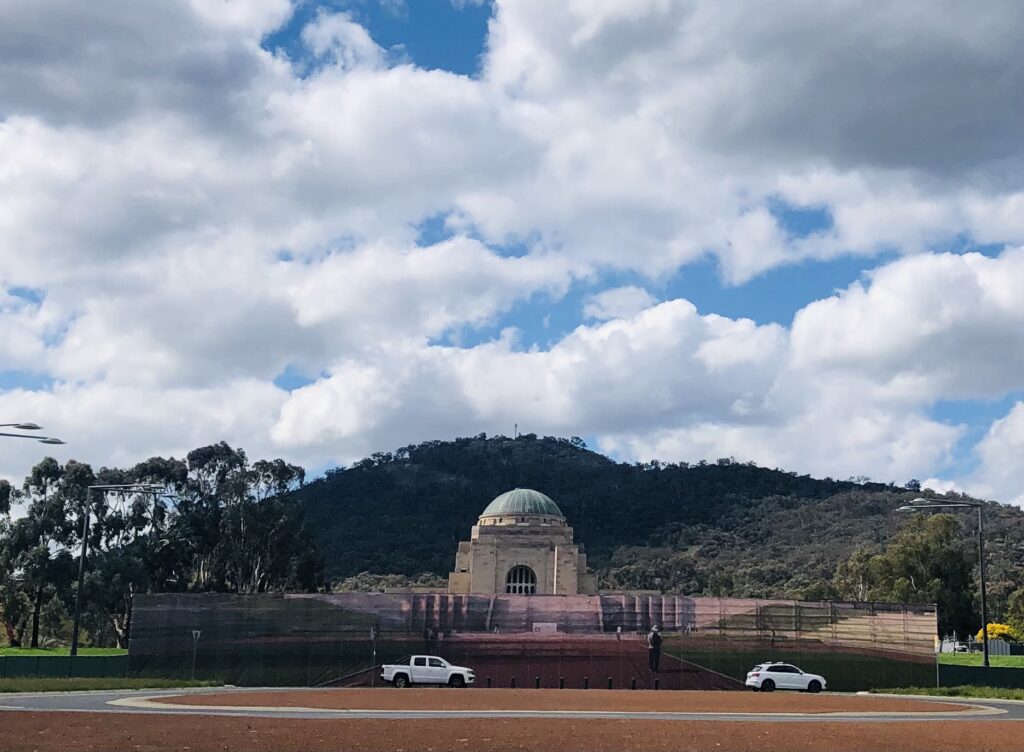 Somewhere behind that screen there will eventually be lots and lots of new space – but will the Frontier Wars fill any of it? (2021 picture; supplied)

The content of the ‘Pre-1914’ space in the expanded Memorial is still contestable. Interested folks – particularly, with respect, First Nations people – need to make their voices heard to the Memorial, to its Indigenous Advisory Group, to federal MPs and Senators, to the responsible Minister, Matt Keogh, and the Minister for Indigenous Australians, Linda Burney, and in public forums. Post-Elizabethan, eventually republican, Australia will need a basis of truth-telling. Telling the truth about the Australian Frontier Wars – and telling it at the Australian War Memorial – will be an important part of that.

*David Stephens is editor of the Honest History website and was co-editor with Alison Broinowski of The Honest History Book (2017). He has been convener of the Heritage Guardians group, opposed to the $548 million expansion of the War Memorial.

[1] The old Colonial Conflicts Gallery space has been gobbled up for the extensions, but the Memorial’s website retains material on ‘Colonial period, 1788-1901’. It admits that one role of the military in the colonies was ‘to suppress the resistance of the Aboriginal population to British settlement’ and that the number of deaths that followed were some 2500 Europeans and 20 000 First Australians, plus many more from disease. The expression ‘a protracted and undeclared war’ is used but, of the 1166 words in the entry, just under 400 are devoted to frontier conflict. There is a lot on the raising of militia forces, the comings and goings of British regulars, and the sending of troops to help suppress the New Zealand Maori in the 1840s and 1860s. There are some photographs of a shooting competition in Hobart in 1853, an officer of the British 50th Regiment of Foot in the 1860s, and three kilted officers of the South Australian Company circa 1899. There is a map of New Zealand during the Maori Wars.