There is interest in changing a line of the National Anthem from ‘for we are young and free’ to ‘for we are strong and free’. Indigenous footballers and others have made the reasonable point that ‘young’, implicitly from 1788, devalues the history of Australia’s peoples, which goes back at least 65 000 years.

The Australian War Memorial will be watching developments closely. A couple of years ago it changed its main marketing line from ‘Every nation has its story. This is our story.’ (Debatable, of course, given that there are lots of Australian stories besides the one told at the Memorial. But let’s leave that aside for now.)

The new line, market tested and pinched from the Anthem, was ‘for we are young and free’. It appears on Memorial advertising, on a large marker outside the Memorial, and in speeches by the Memorial’s Director. He has also said more than once that 1788 is ‘the most important year in this nation’s history’. 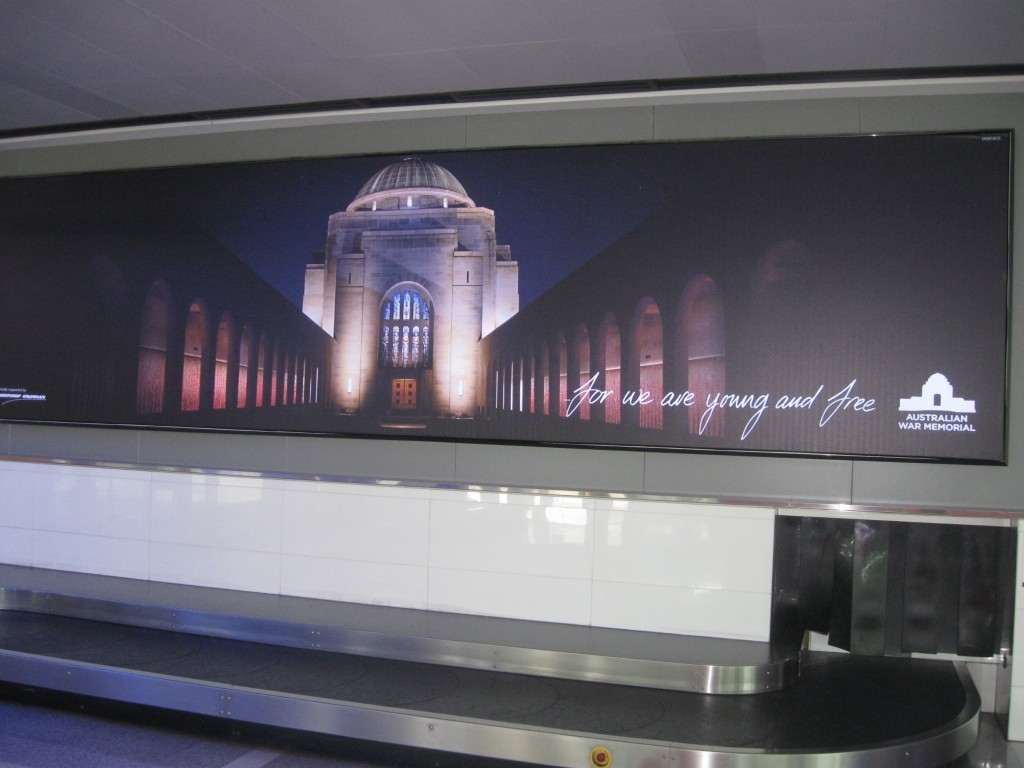 If workmen are seen around the Memorial in future they may not be to do with its eminently unnecessary $498m extensions but with substituting a word here and there on signage. (Then there might be controversy about the appropriateness of the new word.) And the same for the Memorial’s website and Canberra airport advertising, which has come to us courtesy of arms manufacturer, Northrop Grumman.

This is, of course, not the most important event this week in the Defence-commemoration field. That goes to the Australian Federal Police raids, including the one on the ABC in relation to The Afghan Files. Coincidentally, though, Director Nelson is a bit part player in that complex story, having gone out on a limb to defend Ben Roberts-Smith VC, some of whose actions in Afghanistan have come under question.