John Myrtle reviews Those Wild Rabbits: How They Shaped Australia by Bruce Munday

It is strange but undoubtedly the fact that animals brought from Europe and acclimatized in Australia, are already thrusting out the aboriginal creatures of the country. The emus are nearly gone. The kangaroos are departing to make way for sheep. Sparrows have become more numerous …The rabbit has become so great a plague in Victoria and parts of Tasmania that squatters in some localities are spending thousands with the hope of exterminating them. (Anthony Trollope, 1873)[1] 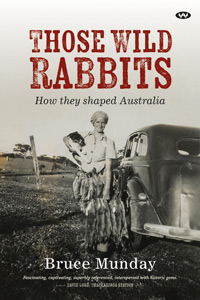 Most histories of the destructive impact of rabbits in Australia identify Thomas Austin as the person who started it all. In 1859, Austin, an English settler with a large estate at Barwon Park near Geelong, released 24 imported wild rabbits for local sporting shooters. Other rabbits had been imported in Australia before this, including five with the First Fleet, but these earlier bunnies were domesticated rabbits that had no significant impact on the colony.

Rabbit numbers grew rapidly at Barwon Park and the estate became a popular destination for shooting parties. For instance, in December 1867, Barwon Park hosted a royal visit by Prince Alfred, Duke of Edinburgh. On the day of the Duke’s visit 1000 rabbits were shot, with the royal visitor, supported by two breech loaders, responsible for 500 of the slaughter. Before long, rabbit numbers exploded in regions close to Barwon Park, then in other parts of Victoria, and later Tasmania and South Australia. In Australia, rabbits had no natural predators, unlike the situation in the Iberian Peninsula where they evolved but with the competition of predators such as the lynx and Spanish eagles.

In the latter part of the 19th century pastoralists and governments dealt with the explosion of rabbit populations in a number of ways: shooting, poisoning, establishment of physical barriers, destruction of rabbit warrens, and establishment of rabbit factories for processing and marketing of pelts and rabbit meat. Often, physical barriers were ineffective as barriers. By the early 20th century, 70 000 kilometres of rabbit-proof fencing had been erected in New South Wales, but ultimately this was no barrier to the swarms of rabbits.

It was a similar tale in Western Australia. Between 1901 and 1907, the WA government built one of the world’s longest fences, but this fence also failed to keep the rabbits out. In different periods, particular in times of economic downturn, the determination of landholders and government to rid the land of rabbits conflicted with those seeking to commercialise the situation through the harvesting of pelts and rabbit meat. Historians Warwick Eather and Drew Cottle have written about the late 1920s, when the rabbit industry in south-eastern Australia was claimed to be one of the largest employers of labour in the country.[2] 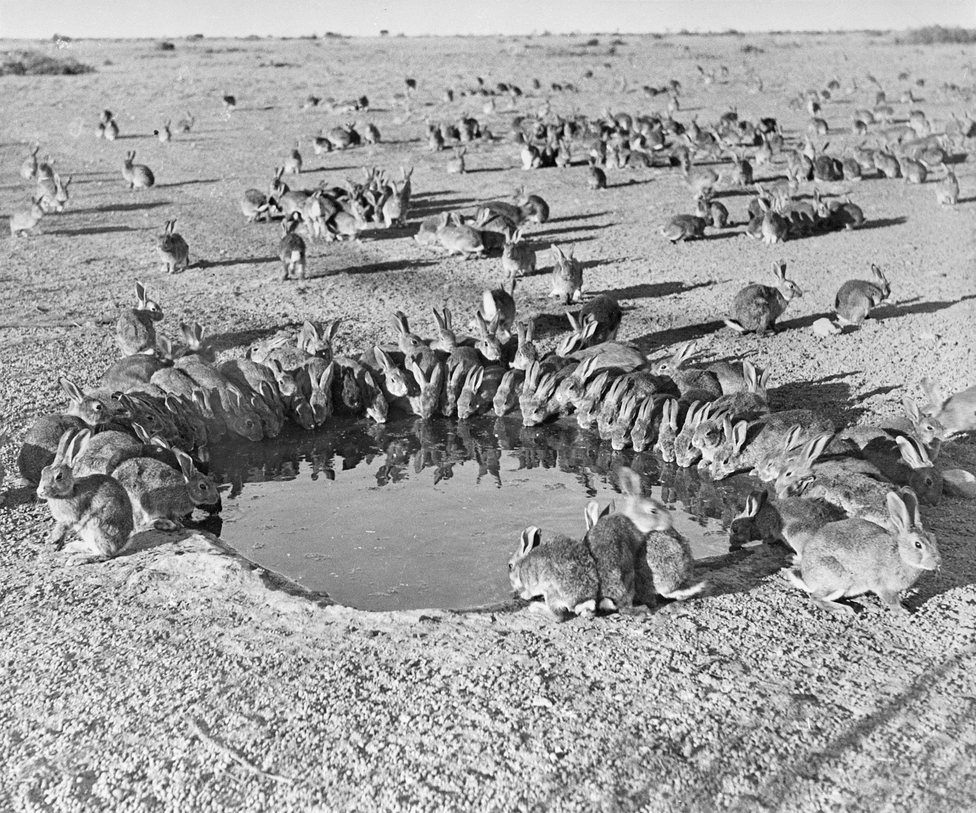 Bruce Munday’s Those Wild Rabbits is a comprehensive history of the impact of wild rabbits in Australia, demonstrating the different ways that rabbits have shaped Australia. With agriculture, the impact is felt with the competition of rabbits versus crops and other livestock; when rabbits were rampant the only compensation for farmers and landholders came when loss of earnings from crops and livestock could be partly balanced by income from pelts and rabbit meat. With the environment and landscape, the author writes that ‘most people have never seen a rabbit-free environment on mainland temperate Australia’.[3] At different times since the 19th century, when rabbits swarmed, the impact on the landscape would be dramatic and devastating.

Munday has a postgraduate degree in physics with 20 years as a communications consultant in agriculture and natural resource management; he has farmed in the Adelaide Hills for 40 years. This book has been sponsored by the Foundation for Rabbit Free Australia (RFA) which has a vision of Australian landscapes being free of the European wild rabbit. The book is published by Wakefield Press, South Australia, who also published the author’s popular first book, Those Dry-stone Walls: Stories from South Australia’s Stone Age.

By the late 19th century governments were desperately looking for solutions to the rabbit plague and the New South Wales Government offered a £25 000 reward for a person or persons who could provide a solution to the infestation. The competition attracted a wide range of Australian and foreign interests, including from Louis Pasteur and the Pasteur Institute, but it was all to no avail.[4] 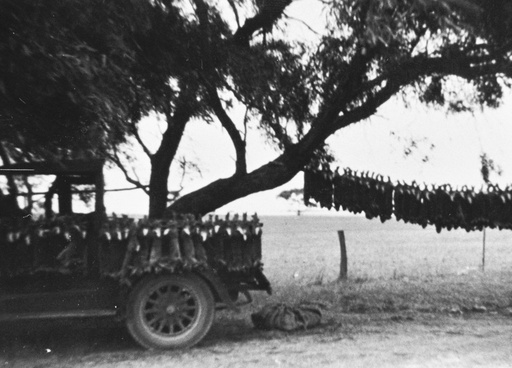 In the 1930s, government was still looking to science to address the devastation. While Commonwealth authorities were cautious, Dr Jean Macnamara, later Dame Jean Macnamara, a children’s medical specialist, was focussed on the possibility that the myxomatosis virus, known to be particularly virulent (and species-specific) for European rabbits, might provide the means of wholesale extermination of rabbits in Australia. She consulted with Sir Charles Martin, a highly influential British-born scientist, who was persuaded to undertake research on myxomatosis at Cambridge University for the Council for Scientific and Industrial Research (CSIR), predecessor of the CSIRO.

After two years of experimentation, Martin concluded that the myxo virus satisfied the requirement of controlling a population of rabbits in a circumscribed area and without danger to domestic animals.[5]  Progress was slow but after World War II and trials in Victoria in 1950, there were encouraging results, confirmed in 1951. In the words of Eric Rolls, ‘[b]y the beginning of 1953 … most of Australia was virtually free of rabbits. The kill was perhaps ninety percent.’[6]

Published in 1969, Eric Rolls’ book They All Ran Wild was at the time the most significant work on the impact of wild rabbits in Australia. It dealt with the history of a number of pests in Australia, but mainly focussed on rabbits. The environmental historian Rolls (1923-2007), was described in one obituary as ‘a supreme writer about the history and nature of his own country’[7]. However, Rolls wrote 50 years ago as the impact of myxomatosis was waning; since then there have been other significant changes in rabbit control in Australia, such as the 1996 release of the Rabbit Haemorrhagic Disease virus (RHDV), with a consequent reduction in rabbit numbers in different climatic areas.[8]

Bruce Munday’s work provides important scientific and historical information with coverage from early colonial days to recent times in Australia. It includes an assessment of the range of options available for landholders and government authorities. Munday has been well-served by his publisher with interesting, informative photographs and an impressive array of colour plates. The book includes useful references. The publication of Those Wild Rabbits is most timely and the book is recommended without reservation. 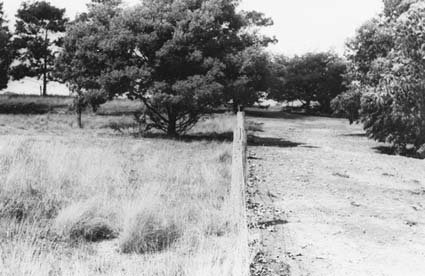 [5] Charles Martin, Observations on Myxomatosis Cuniculi (Sanarelli) Made with a View to the Use of the Virus in the Control of Rabbit Plagues. CSIR, 1936 (Bulletin No. 96).

Print This
Click here for all items related to: Learning and improving, The land we live in, The sweat of our brows