Readers of the Launceston Examiner, North-west Tasmania Advocate and Canberra Times earlier this week will have seen some articles under the byline of Michael Grealy. The articles in the Canberra Times were headed ‘New tribute to Diggers in Europe’, ‘“Mad Harry” led from the front’, and ‘Trench warfare: carnage, horror and confusion in Europe’ and were grouped under the headline ‘Special series: Australians on the Western Front’. 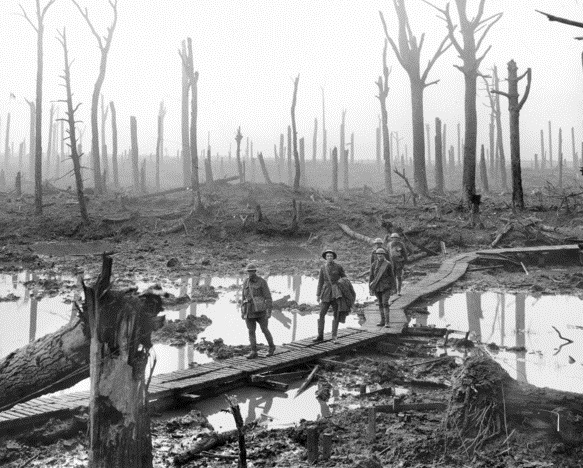 Passchendaele 1917; an illustration for the first Road to Remembrance articles (AWM E01220/Frank Hurley)

The first articles have now appeared also (under different headlines) in at least the Avon Valley & Wheatbelt Advocate, Northam, WA, and the Katherine Times in the Northern Territory. Look for them in your region, though probably not in Fairfax ‘throwaway’ papers.

The articles are well-researched, quote participants like ‘Pompey’ Elliott and Alec Raws, observers like Charles Bean (his Pozières ‘giant mincing machine’ comment), and modern day historian, Peter Burness. One article ends with modest commercials for the Remembrance Trail (linking Australian sites on the Western Front) and the Sir John Monash Centre, due to open in April next at Villers-Bretonneux.

The arrangement is for the provision of content to 120 or so Fairfax papers throughout Australian regional areas. The articles will appear monthly (with a break over Christmas) over the next 10 months and will focus on aspects of World War I, with a particular emphasis on battles the centenaries of which fall during that period. We expect that the opening of the Monash centre on Anzac Day will be a special focus.

Information for the articles comes from publicly available material, although we expect that someone in DVA will be checking them. The aim of the exercise is provision of free content – known in the trade as ‘contributed content’ (or sometimes ‘sponsored content’) – to newspapers. We have no idea how much this deal is worth in fees to the PR people or in value of free content to newspapers – which these days are hard pressed to find stuff to fill their editions.

Regarding costs, however, we did note that, in the recently tabled DVA Annual Report for 2016-17, the department paid Essence Communications $75 000 for ‘Marketing approach to the Sir John Monash Centre’. This is rather more than the $42 000 it paid for ‘Market research to inform former serving Australian Defence Force (ADF) members of the support services available to those who experienced physical or sexual abuse in the ADF’ but less than the $140 547 it paid to mail out Anzac and Remembrance Day material to schools.

Honest History will be interested to read the articles that the Road to Remembrance partnership generates. We have published lots of material on the Monash centre project (links from here, scroll down to 25 October) and will continue to monitor its progress. We think the centre is a self-indulgent waste of money that could be better spent on today’s veterans. We have described it as ‘the boastful Aussie boondoggle of Villers-Bretonneux’*.

So far, to their credit, the Road to Remembrance articles lack the ‘Aussie … look at me!’ tone that has characterised DVA promotions of the Monash project. Testifying before the parliamentary Public Works Committee in 2015, General Dave Chalmers of DVA said:

We have offered to provide Fairfax with content that balances or augments the view it will be getting from the Road to Remembrance team. Copies of The Honest History Book are in the possession of at least two of the principal Road to Remembrance players and we hope they read it diligently to obtain an alternative view of Australia’s commemoration obsession. The content of our website is also familiar to those involved and we are always available to help them find useful material on the site. 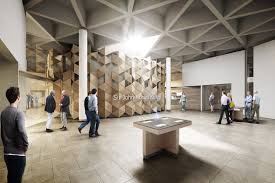 We asked DVA’s media people some questions about Road to Remembrance and received this reply from a spokesperson:

One priority for the Department of Veterans’ Affairs is to acknowledge and commemorate the service and sacrifice of the men and women who have served Australia in wars, conflicts and peace keeping operations. During the Anzac Centenary period, from 2014 to 2018, the Department is working closely with a range of media partners to highlight significant wartime anniversaries. The recent initiative with Fairfax Media is one of those initiatives.

* Boondoggle: ‘A project that is considered a useless waste of both time and money, yet is often continued due to extraneous policy or political motivations.’ The idea for the Monash project dates back to the Howard government.