Update 16 February 2017: The bombing of Darwin, 75 years on: some alternative views

A brief reading guide, showing how commemoration of this event could just as easily be filed under ‘tourism bonanza’ as under ‘Lest We Forget’. The post looks at the appropriateness, proportion and context of the way we deal with Darwin 1942.

Update 13 February 2017: The Fall of Singapore, 75 years on: some alternative views

A brief reading guide, some lesser-known stories and a poem. And a more charitable view of General Percival, Gordon Bennett!

Minister Tehan has called for expressions of interest to attend commemorative occasions in 2017. His department foreshadowed this last year. As often happens with these statements from the Minister there is an emphasis on emotional impact. ‘It is incredibly moving’, the Minister says, ‘to stand on a foreign field where Australians have fought and died for our values and reflect on the enormous debt we owe to the men and women who serve in our military’.

‘Moving’ is a word the commemoration industry uses often. We have been doing some work on the 2015-16 Annual Report of the Australian War Memorial and found ceremonies, exhibitions, keynote addresses, and letters described as ‘moving’ or ’emotional’. 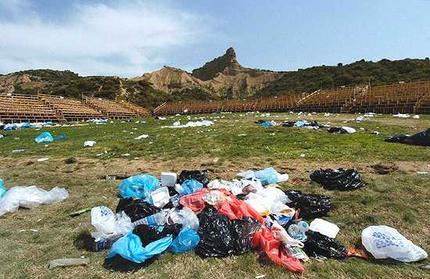 The present author is always moved by reading the final letters of his uncle (died of illness, Malaya, 1943) and his great-uncle (died of wounds, Gallipoli, 1915) or the diary entry of the German soldier, Ernst Toller, from the Western Front in 1916:

I was at the front for thirteen months, and by the end of that time … [t]he war had become an everyday affair; life in the line a matter of routine; instead of heroes there were only victims … Most people have no imagination. If they could imagine the sufferings of others, they would not make them suffer so. (I Was a German: The Autobiography of Ernst Toller (1934), quoted in K Vondung, The Apocalypse in Germany, trans. S Ricks, University of Missouri Press, Columbia & London, 2000, p. 11.)

But what happens next after being moved? We have previously quoted Les Carlyon, writer of war books and twice member of the Council of the Australian War Memorial. Speaking two years ago at the opening of the refurbished World War I galleries at the Memorial, Carlyon said the great virtue of the galleries was that they make you think.

Enjoining us to think as well as reinforcing our tendency to be moved could be a stronger theme in ministerial press releases. They might even start to ask questions like ‘was it worth it?’ and ‘did they die in vain?’ rather than repeating the sort of boilerplate that came up in Minister Tehan’s statement: ‘As a nation we continue to honour the service and sacrifice of the men and women who have served in defence of our nation’. The link between death in war and grand causes should never be taken for granted.

This message [about ‘Honouring our Heroes’] was further reinforced in the medals given to all participants [in a Tour of Duty Anzac run]. In 2014 these medals were engraved with an explanation that Anzac is not ‘merely’ about loss, but also about ‘courage and endurance, and duty, and love of country’. No mention, predictably, of imperiled civil liberties, the persecution of minorities, the destructiveness of war, or even of what soldiers in our past wars really experienced, thought and felt. Such is not the purpose of these forms of historical engagement. Instead, they are affirmations of existing and often shallow historical consciousness where participants are invited to worship at the altar of Anzac.

Two things about this: first, there is the inclination to add grand themes (courage, duty, and so on) to the sadness of loss in attempt to soften the blow. Clearly, it is human nature to do this but there are subtleties in how it is done. The Tour of Duty medals do at least allow for ‘not merely … but also’. This is somewhat more honest than the fatuous binary, ‘it is not about war. It is about love and friendship.’ ‘Either-or’ rarely works when the subject is war.

Secondly, Crotty talks about people being invited to worship at Anzac altars. That is a theme taken up in the final chapter of The Honest History Book, by Alison Broinowski and the present author:

Anzac may still be a secular religion for some Australians, but it is not the established church; other Australians have the right to be atheist or agnostic about it. In turn, Anzac atheists or agnostics should respect the adherents of the Anzac religion, but they should not in a democracy be required to worship at its altars. 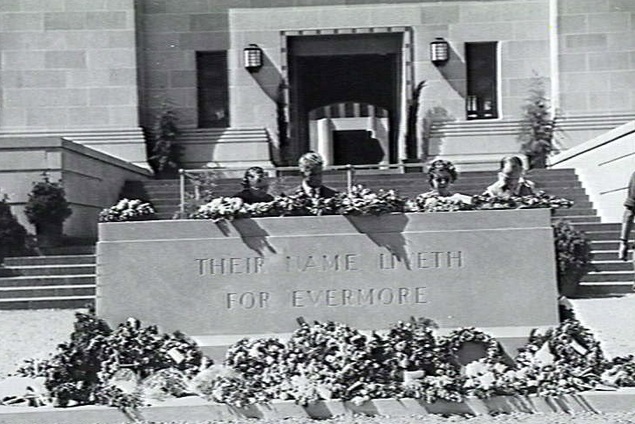 Honest History is always ready to praise the Australian War Memorial where praise is due, as it was with the initiative to open a permanent display on the Holocaust. Peter Stanley commended this exhibition in his review in December.

This time around, though, we found little to praise in the reporting of visitor statistics in the Memorial’s Annual Report for 2015-16. Our analysis shows some cause for concern in how the Memorial uses statistics and discharges its accountability responsibilities to the Parliament.