In 1960 the Australian National University invited the eminent British anthropologist Professor Max Gluckman to visit Canberra to participate in their anthropology program and also to make a short visit to Papua New Guinea to meet with ANU anthropologists undertaking field work in the territory. Prior to leaving Britain for the trip, Gluckman had applied for an entry permit for his three-week PNG trip. But once Gluckman was in Australia, the Department of Territories refused to grant the permit. Given Gluckman’s prominence and eminence as an anthropologist, the decision to refuse the application was met with incredulity and political uproar. 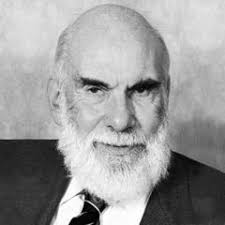 The distinguished historian Geoffrey Bolton (1931-2015) was a witness to the Gluckman affair. Appointed as a Research Fellow at the ANU in 1957, not only was he based in Canberra at the time of Gluckman’s visit but, as Secretary of the ANU Staff Association, he was a participant in approaches to the authorities seeking a reconsideration of the government’s decision. In 2008 he wrote an article on the Gluckman affair, based on a paper delivered to the 2007 Australian Historical Association conference. The article was originally published in Les Louis’s Cold War Dossier, No.23, February 2008.  We gratefully acknowledge the support of Carol Bolton, Geoffrey Bolton’s widow and literary executor, for permission to republish the article.

Geoffrey Bolton takes us through the administrative history and draws a conclusion which judges whether the Gluckman imbroglio was conspiracy or cock-up.

Geoffrey Bolton’s biography of Paul Hasluck is reviewed by John Myrtle and David Stephens. (Hasluck was Territories Minister at the time of the Gluckman issue.) Stuart Macintyre, Lenore Layman and Jenny Gregory have edited a festschrift for Geoffrey Bolton (2017).