Alexander, Kristen: Defining moments in the skies over Germany and beyond

‘Defining moments in the skies over Germany and beyond’, Honest History, 29 July 2020

‘War was my father’s defining moment’, Paul Goodwin writes. It released Ralph Gordon Goodwin ‘from a mundane life and unpleasant childhood’. A legacy of his difficult upbringing was the name he bore as an adult. As soon as he could, the young man shed ‘Ralph’ – his father’s name – to separate himself from a cold and emotionless man who made his childhood a misery. The emotional and physical estrangement from his parents largely continued throughout Gordon’s life.

Gordon Goodwin joined the Royal Australian Air Force under the Empire Air Training Scheme. He was initially posted to Bomber Command as a navigator with 460 Squadron RAAF. Inspired early in his flying career by consummate navigator Donald Bennett, Gordon developed precision navigation skills which ensured him a place in Pathfinder squadrons, where he plotted 32 Pathfinder operations, firstly with 7 Squadron RAF and then with 635 Squadron RAF, where he became squadron navigation leader. During his three tours, he carried out 65 operations to 40 locations. Forty-three were over Germany, including nine to Berlin. (He also had a number of postings as an instructor, including establishing 93 Group’s Navigation Instructors’ schools, and was involved in four sea searches over enemy territory.)

Gordon’s sterling navigation abilities were recognised by a Distinguished Flying Medal while he was with 460 Squadron. He was commissioned in June 1942 and later promoted to acting Squadron Leader. He was awarded the Distinguished Service Order in October 1944 for, as his former pilot termed it, ‘brave and relentless service’ with 635 Squadron.

Survival in the RAF’s bomber war depended on a combination of luck, skill, and seamless cooperation among crew members. Gordon benefited from all of these but he had something extra: an extraordinary attitude that stood him in good stead throughout the challenges of Bomber Command and Pathfinder operations. ‘My father told me’, said Paul Goodwin, ‘that to survive you had to surrender all hope’.

The Last Navigator’s principal source is Gordon’s memoir. There is no indication of his original spark to write this personal account. Perhaps, like so many others, he was making an attempt to process his life and experience through narrative. The timing seems to support this; the memoir’s 1997 completion came in the wake of the 1995 Australia Remembers campaign. During this public celebration and commemoration of the 50th anniversary of the end of the Second World War, veterans were encouraged by government and service organisations to share their wartime experiences. Australia Remembers prompted many former airmen to write their stories.

Some of these men took the opportunity to reflect on the meaning of their wartime work. Some Bomber Command veterans considered the moral implications of it. Paul hints at some buried trauma in his father’s flying career. ‘His ordeals would keep flooding back in his dreams at night.’ The contents of those nightmares are never revealed. Perhaps it was the loss of wartime friends in brutal circumstances that precipitated them, or the searchlights and flak that characterised so many Bomber Command operations. I wondered if they perhaps signalled a degree of moral troubling about Gordon’s involvement in bombing and Pathfinder operations. This suspicion is firmly discounted.

Gordon understood that war was violent and his job was simply to get his crew to the target site, and to navigate home safely. He wholeheartedly supported the way in which ‘Bomber’ Harris prosecuted the war. He believed that area or saturation bombing was a viable tactic in bringing the enemy to its knees. Gordon suffered no guilt about his role in it. Nor was he troubled about the consequences of civilian bombing. He and his fellows ‘had been hardened through too many operations and the havoc wrought by the Germans on the British homeland’. The family home of his wartime bride, Joy, was one of those destroyed by a V-1. Despite the civilian cost on both sides, Gordon was totally assured of the rightness of the bombing war and, rather than acknowledging that some may have had genuine concerns over their involvement, he considered that any ‘moral questioning was just the propriety of politics at play’.

Whatever precipitated Gordon to write his memoir, the work was, Paul felt, ‘fairly emotionless’ and left many gaps. (Gordon’s innermost feelings were reserved for Joy.) Like many members of the second generation, Paul ‘wanted to understand what he had gone through’. His father, then in his nineties, eventually ‘opened up, letting in the meaning and the emotions behind his wartime experiences’. As a retirement project and essential element of his own process of understanding, son Paul recorded his father’s life story. For him, like others of the second generation who have published their discoveries, the personal and family story becomes publicly recognised as part of the collective experience. 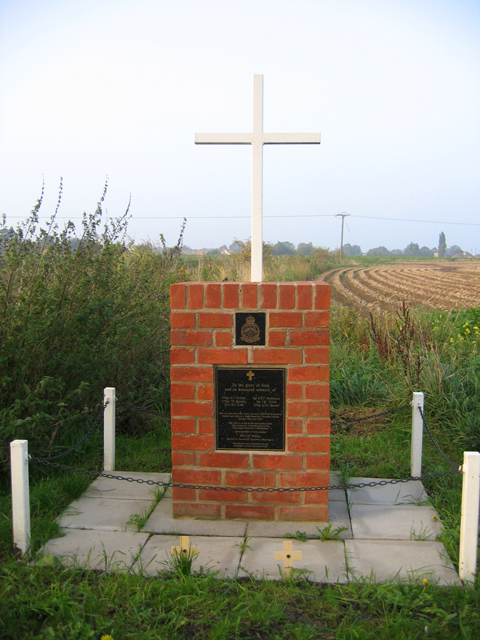 As well as Gordon’s memoir, The Last Navigator draws on Paul’s conversations with his father and on Joy’s reminiscences. Contextual details are taken largely from Wikipedia and enthusiast websites, supplemented by aviation memoirs and histories from Gordon’s own library. Discursive endnotes list sources rather than record individual citations. Paul has not drawn on official squadron and RAF accounts or other archival material, and there are some inaccuracies in aviation and air force terminology. He has, however, included extracts from Gordon’s wartime flying logbook which provides a contemporary record of individual operations.

There is no index in the book, which always annoys me but publishers usually expect authors to pay for an index, and they are expensive. There is a decent selection of photographs and a map which plots the destinations of Gordon’s Bomber Command operations. The image section includes pictures of his crew members, including his former 7 Squadron skipper, Philip Patrick, a lifelong friend who penned the foreword.

Paul wrote The Last Navigator in first person as if Gordon is the narrator. As Paul explains it, this ‘is a collaboration between father and son. Wherever possible, I have used my father’s words … It is written in his voice, as it is his story.’ As the idea for this book was conceived during Gordon’s lifetime, taking 13 years to come to fruition, it seems Gordon must have approved of Paul’s choice of narrative style. While I appreciate Paul’s reasons for his unorthodox technique, it did not work for me.

Frances Houghton notes in The Veterans’ Tale: British Military Memoirs of the Second World War that memoirists are keen to ‘retain the integrity’ of their accounts. They want to tell the truth as they know it or as they remember it. If they include dialogue it arises from their memory. If they include ‘scene-setting’ historical background, it is from their research and accords with their own lived experience. The Last Navigator includes both, but Paul does not directly quote from his father’s memoir. Nor does he include transcriptions from the many conversations he had with his father. He blends his own words with Gordon’s.

Close scrutiny of the book’s endnotes reveals that some stories purporting to be from Gordon’s memory are derived from secondary sources. Paul’s construction is presented as Gordon’s memory. Paul explains this: ‘Where material has come from another source, it has been based on fact and events that actually occurred. Every effort has been made to maintain the authenticity of the original RGG Memoirs, to truly reflect my father’s journey into the world of navigation with Bomber Command and Pathfinders.’ Paul may have presented his father‘s ‘voice’ but his own voice is also apparent and I found this distracting in a life story that is neither autobiography nor biography.

Narrative technique aside, there is no disputing Gordon Goodwin’s important part in military and civil aviation. His superb navigation skills contributed to Bomber Command’s success. They saved his fellow crew members’ lives on many occasions and forged the basis of his post-war career: he was the right man for the job with an expanding Qantas and enjoyed 26 years with the Flying Kangaroo, including 13 years as chief navigator. (The book’s title refers to the position Gordon held as his long aviation career drew to an end; he was possibly Qantas’ last navigator before the fleet moved from human to computerised navigation.)

That Gordon was able to navigate, teach, and ultimately lead, despite his Depression childhood in Queensland’s bush with little education and family support and early working life in a sugar refinery, is testament to his character and commitment to bettering himself. Woven into the narrative is the touching lifetime romance with his English wife, Joy, who steadfastly followed him to Australia, put up with an uncomfortable early (and happily short-lived) stint in the bush with difficult in-laws, and raised their children, often in the absence of her flying husband. Together they built a true partnership. Once Gordon was grounded, they were inseparable; they died within months of each other. 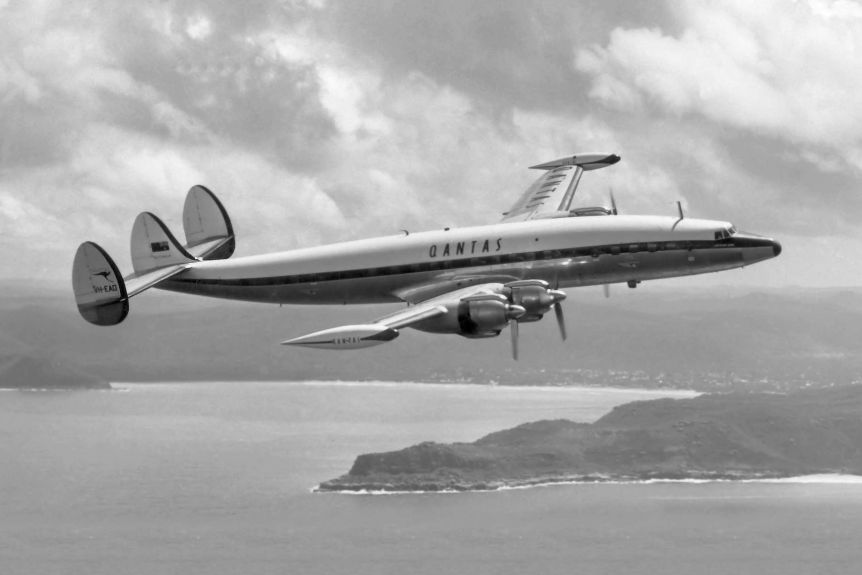 Looking back over his wartime career, Gordon missed the aircraft, the work, and his comrades but he found it a positive experience, even with the ‘dreams and nightmares of warfare [which] would always stay with me’. It had brought him his wife, and it provided the means to escape from the difficult years of childhood and young adulthood. As for many, war was the making of Gordon, and it enabled him to take advantage of all that civilian life offered. Gordon died peacefully in July 2012 at the age of 94, shortly after the dedication of the Bomber Command memorial; this public recognition of the collective contribution of bomber crew meant much to him.

Paul misses his father. He misses hearing ‘the gripping stories of his adventures’. One of his aims in telling Gordon’s story is that people will see ‘the extraordinary man that he was’. Despite its unorthodox narrative technique and my quibbles about that, The Last Navigator achieves this. It is a tribute to a remarkable man – the wartime Pathfinder who followed a path of achievement throughout his military and civil aviation careers and found love and success. Because of Paul’s endeavours, Gordon will also receive a broader acknowledgement of his individual experience and contribution.

Kristen Alexander is an Australian writer and PhD candidate at UNSW Canberra. She is awaiting examination of her thesis on the emotions, lived experience, and post-war social and medical consequences of captivity of Australian airmen prisoners of Stalag Luft III and their families. Specialising in Australian aviation history, she is published in Australia, Great Britain and Japan. She won the non-fiction category of the 2015 ACT Writing and Publishing Award and was highly commended in the 2014 and 2017 awards. Her Jack Davenport: Beaufighter Leader is on the RAAF Chief of Air Force’s 2010 reading list, and Australia’s Few and the Battle of Britain appears on the 2015 list. Kristen has reviewed a number of books for Honest History, including Aaron Pegram’s Surviving the Great War: Australian Prisoners of War on the Western Front, 1916-18, Clare Makepeace’s Captives of War: British Prisoners of War in Europe in the Second World War, and Beyond Surrender: Australian Prisoners of War in the Twentieth Century, edited by Joan Beaumont, Lachlan Grant and Aaron Pegram. Contact and further details: kristenmargaretalexander@gmail.com; www.kristenalexander.com.au

One comment on “Alexander, Kristen: Defining moments in the skies over Germany and beyond”