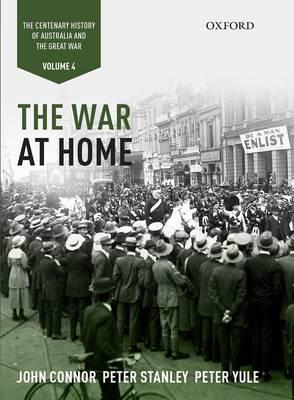 While the Australian adherents of the Religious Society of Friends (Quakers) had always opposed war, secular groups had coalesced during and against the South African war of 1899–1902. In the decade after Federation the London Peace Society, which advocated international friendship and arbitration and arms reduction, formed branches in Sydney, Melbourne, Hobart and Adelaide. Essentially liberal, clerical (especially among the Protestant dissenting denominations) and academic, they had a tiny, middle-class membership, which sought to influence governments almost entirely by lobbying. The ‘boy conscription’ scheme generated a much more significant opposition to what was seen as militarism, with the Australian Freedom League attracting 50 000 members.

War confronted their leaders and members with choices between the appeal of patriotism and the principles they had advocated in the abstract. The Australian Freedom League suspended its work, although presumably some of its members later became active in opposing conscription for overseas service. Melbourne’s Peace Society urged a purely defensive stance (that is, to contest invasion but not fight overseas) but, like others, raised funds for patriotic causes. The Sisterhood of International Peace, formed in Melbourne in March 1915, limiting itself to charitable and educational work.

War’s outbreak exposed differences between friends and former colleagues. The Bulletin gleefully wrote of how ‘the Peace people are having their little wars’, and indeed the size of the movement did seem disproportionate to the strength of its fallings out.[1] Some pacifists became influenced by socialists, and incorporated into their programs social and political aims far beyond the modest philosophical or religious pacifism of 1914. In 1916, influenced by British developments, Peace Society officials formed the Australian Union of Democratic Control, articulating a bolder social and political agenda, in opposition to the Australian Peace Alliance, which advocated a more traditional pacifist agenda. Under the pressure of the long years of suffering, in which philosophical argument seemed so ineffective, through long debates, prayer and hard thinking and negotiating, the two bodies amalgamated, in 1918. By then the new organisation’s platform included ‘the removal of all unjust political or economic disabilities (including those of sex), that are factors in the causation of war’.[2]

In general the war prompted a proliferation and later a consolidation of pacifist groups. By the war’s last year the Australian Peace Alliance represented no fewer than fifty-four member organisations. Anti-militarism brought Australian groups into contact with international movements, and the war’s outbreak did not sever international ties entirely. In April 1915—exactly coinciding with the Gallipoli invasion—an International Congress of Women met at The Hague, and urged that women be involved in brokering a peace settlement and protesting against rape in war. Australian groups became affiliated to this movement, ultimately forming the Women’s International League for Peace and Freedom, although the anniversary has entirely faded from memory. 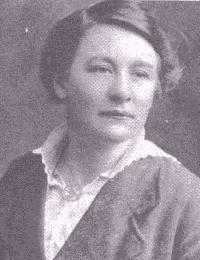 Divided over their support for the war, Melbourne feminists in the non-party Women’s Political Association formed a Women’s Peace Army in July 1915, created as ‘a fighting body … for the destruction of militarism’: the irony unnoticed at the time.[3] Branches were established in Sydney and Brisbane by its charismatic president, Vida Goldstein, and the secretary Adela Pankhurst, who together decried the war as a capitalist plot. Despite its middle-class leaders, the Women’s Peace Army attracted a working-class membership. Its song ‘I Didn’t Raise My Son to be a Soldier’, often sung by the contralto Cecilia John (treasurer of the Women’s Peace Army) became its anthem and was specifically banned under the War Precautions Act. The pacifists’ anthem provoked an obvious parody:

We share, of course, the Freedom they have gained us,
And glad are we of all the boys have won,
But as to risking him—Oh, no! my neighbours,
I didn’t raise a soldier in my son![4]

Alfred Bryan and Al Piantadosi’s jaunty song, ‘I Didn’t Raise My Son to be a Soldier’, became from 1915 the anthem of the peace movement in Australia. It was banned and parodied by opponents, but was often sung at anti-war gatherings. Like the voluntary war effort, much of the membership of peace groups was female, and the peace activists’ rhetoric espoused a biological determinism that held that nurturing was more ‘natural’ for women and viewed aggression as inherently male. They debated their attitude towards war, towards this war, towards Australia’s part in it, to the question of voluntarism and especially about conscription, provoking protracted and often heated arguments, often between friends and colleagues. Although often couched in the reasoned tones of polite debate, the words masked fervent emotions sometimes deeper than the protagonists acknowledged.

With the war massively supported or accepted, peace groups failed to attract working-class members, and seemed content to remain middle class. When in 1915 a man suspected by the authorities of being a ‘Wobbly’ suggested that the Peace Society broaden its appeal by meeting in ‘a lower class of hall’ and sing peace songs to popular tunes, his suggestion went unheeded.[6] This did not prevent its members coming under official scrutiny. At first censors regarded small and marginal groups as harmless: only one of the Peace Society of New South Wales’s pamphlets was suppressed in 1915. Later, however, even the views of small middle-class groups became subject to surveillance and censorship. As pacifist groups realised that their correspondence was being read and stopped, they took to using couriers to deliver letters by hand.

Pacifism traumatised families. The Rev. Dr Thomas Roseby, a Congregational minister who had joined the Peace Society in 1909, felt obliged to resign in 1916 after one of his sons volunteered. But another son, also named Thomas and also a Congregational minister, in Orange, NSW, was attacked in his pulpit by soldiers outraged at his refusal to stand for ‘God Save the King’. His sister denounced him for advocating the cause of cowardice and selfishness and the ‘glorification of the shirker’.

Although peace groups lost members who placed patriotism above pacifism, later in the war they gained members who were moved by their opposition to conscription to become active in the anti-war movement. In this way their class composition broadened. Meetings in Sydney in mid-1918 calling for a negotiated peace attracted crowds in the hundreds, many of whom were trades unionists rather than the dissenters and low-church Anglicans who were representative of such meetings earlier in the war. 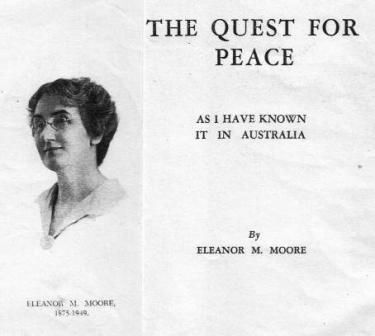 By 1918 Australian pacifism had moved from the vague, idealistic philosophical advocacy of international arbitration to a more pragmatic critique coupled with both a broader social and political analysis and an awareness that only by being united with politically powerful bodies (such as trades unions) were their objectives likely to be realised.[7] This greater practicality brought pacifists even more under official scrutiny, and by 1918 censors were regarding their writings as ‘purely anti-government agitating’, and subject to the intervention under the 1916 Unlawful Associations Act (one Ernest Scott did not refer to). Even so, pacifism remained a minority position, with the great majority of civilians either indifferent or hostile to their idealism.