The Northern Territory government was pleased to welcome leading ‘storian (his term), Peter FitzSimons to Darwin for the weekend’s commemoration of the bombing of that city in 1942. This was of interest to Honest History, since we had put up a modest collection of resources on the bombing, with an alternative angle, suggesting that the event needed to be put in context. We could, for example, recall the unedifying bits like the ‘Adelaide River Stakes’ as well as the heroic and tragic bits, and we could also use the occasion to call to mind the much bigger and much more devastating bombings that occurred elsewhere in the world during World War II.

Fitz took to his work with relish. ‘It is extraordinary’, he said, ‘that the bombing of Darwin is so often overlooked in the roll-call of enormously significant events in Australia’s military heritage’. If this is so, it is not for want of trying by the Darwin government, which has sunk a lot of money into growing the bombing commemoration for its tourist spin-offs: ‘The Territory’s World War II heritage is one of its greatest tourism assets’, the then Chief Minister, Adam Giles, said two years ago. In 2011, the Australian government designated 19 February ‘a national day of observance’, which doesn’t sound like the bombing has been ‘overlooked’: how many other military history dates (or other events) have that distinction? 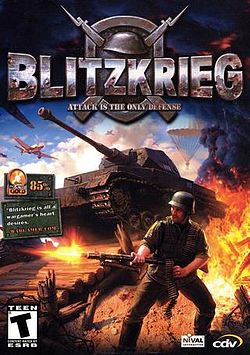 Still, a piece of military history that has been Fitzed – over which the Fitzkrieg has rolled – is not the same as it was before; this is likely to happen in the Deep North, as well. (It’s a shame in some ways that other parts of our national story lack their Fitzes: entomology in the CSIRO or two centuries of Australian prison architecture, to punt at a couple of examples, could do with a racy scribe.)

When Fitz spoke in 2015 in Canberra about his then latest book, his well-honed opening remark was that, while there had been lots of books written about Gallipoli, ‘Guess what? I haven’t written one!’ The crowd loved it. So the NT government will likely get its money’s worth from Fitz’s work for them: the Darwin bombing in relation to the rest of Australia’s World War II, to Japanese war aims, and to World War II as a whole, will continue to be enhanced – at the very least; it might be blown considerably out of proportion.

Honest History has had a bit to say about Fitz’s work:

The upside of all this is that knowing something of your country’s military past through the works of Fitz is better than knowing nothing at all. Probably.

One comment on “The Fitzkrieg reaches Darwin: Honest History and Peter FitzSimons”