Update 21 April 2022: Another dirty deal to go through, this time between War Memorial and Lockheed Martin, despite 300 veterans writing letters to Memorial against the deal. Chris Knaus again. 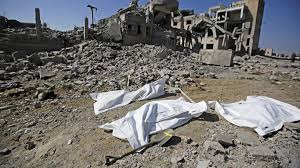 One comment on “Stephens, David: Will the Australian War Memorial renew its ‘naming rights for donations’ deal with arms manufacturer BAE Systems?”