Stephens, David: Paul Daley’s novel Jesustown is as complex and troubling as our Australian history

‘Paul Daley’s novel Jesustown is as complex and troubling as our Australian history’, Honest History, 3 July 2022

Important novels are grounded in an appreciation of human nature and relationships, public issues of importance, or history. Paul Daley’s new novel, Jesustown, is one such. The book is ostensibly about the struggles of author Patrick Renmark to come to grips with the work and writings of his grandfather, Renny, to the extent that he can write a book about them. But it is also about Patrick’s choppy (to say the least) dealings with his sometime girlfriend, Merridy, his wife, Cate, and the memories of his father, Luke, and his son, Bee – human nature and relationships. But there is much more to Jesustown than this.

Jesustown is also about how Renny and Patrick address and fail to address Australia’s primally important issue, the relations between First Australians and settler/invader Australians. Renny tries to do this as a self-taught anthropologist immersing himself in the lives of The People, First Australians living at Jesustown in Australia’s North in the middle decades of the 20th century. Patrick, on the other hand, tries to do it as a self-confessed ‘storyist’, a writer academically qualified but noted less for his research skills in his field of military history than for his racy prose and impressive sales. He takes up (without enthusiasm) his literary agent’s challenge to write Renny’s biography, using the anthropologist’s extensive archive gathering dust at Jesustown.

Beneath everything, though, Jesustown for me is about the calling and discipline of Australian history and the struggle to possess it between, on the one hand, writers who respect and wrestle with complexities of evidence and interpretation and, on the other, those who plough through complexity, always on the lookout for stories and vignettes that will provoke an emotional (frequently mispronounced as ‘a-motional’) reaction in their readers. That is what makes Jesustown especially interesting to this reviewer, who has spent nearly nine years running a website called Honest History, which ‘promotes balanced consideration of Australian history by offering contesting, evidence-based interpretations’, a website which Paul Daley launched in 2013. Daley also contributed a chapter to The Honest History Book (2017), co-edited by this reviewer. So, you might say, Daley and this reviewer have history.

Daley’s Patrick has a chip on his shoulder, due to the character’s modest background and being an Australian in London. ‘I repaid them [snobbish Poms] with brash Aussie “fuck off” in the form of history rehashed as irreverent antipodean yarn-spinning dressed up as kinda sorta truth. Never mind the historical record, just send the royalty cheques. Story-ism in a slouch hat.’ (53). This sort of writing meshes with the memories in the minds of book purchasers and readers: they buy and read books that address subjects like war where they have family experience or memories. Yet, elsewhere, Patrick recognises the slipperiness of memories. ‘Memories are stories shelved in the mind. Drawn from dreams and hearsay as much as experience. Others’ memories become our own. Shared memories. Stolen memories (79).’

Jesustown is as complex and troubling as Australia’s history is – or should be when it is interpreted based on evidence. There is much in the book about The People, their leaders, and their fate. There is alcohol abuse and drug-taking, rape, sexual exploitation, deserted families, incarceration, the threat of police massacres, inter-racial brutality (Anglo, Indigenous, Japanese), heavy-handed intervention from government, the effect of Western illnesses on Indigenous people, do-gooder missionaries, intrusive anthropologists intent on measuring skulls and collecting bones, exploitation by White cattlemen, and profiteering from the sale of Indigenous art. Renny emerges from his tapes as part exploiter, part protector of The People – and the tapes show that he is very much aware of his conflicted position. 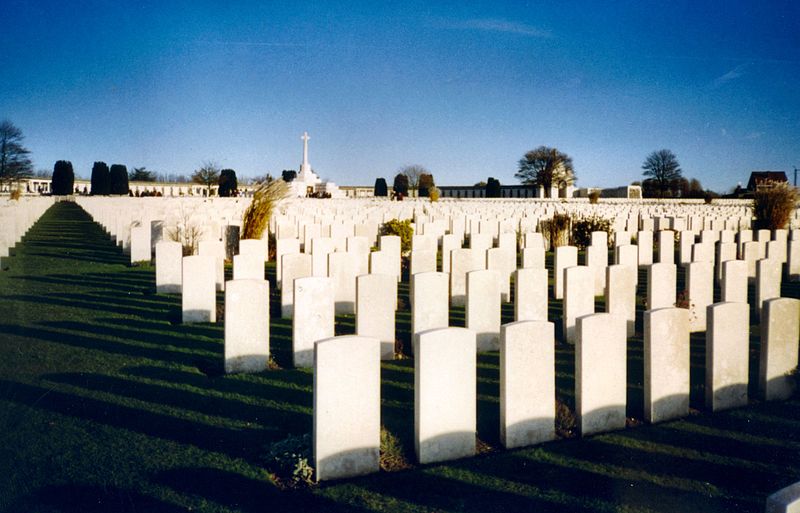 It is in Daley’s contrasting of the treatment of dead First Australians with dead white Anzacs that he makes – or has his characters make – some of his most powerful points:

Our people were stolen from their resting places in their own country in their tens of thousands [says First Australian, Jericho]. This whole continent is a massive crime scene. And you’re talking about your beloved fucken Anzacs all buried so nicely under rows of neat little white stones in clipped-lawn cemeteries and cared for by Commonwealth gardeners. And there’s the big memorial for them in Canberra. Our people are in cardboard boxes and jars. Some were on display in glass cabinets in museums, in Australia and overseas. Where’s the comparison? And, while we’re at it, where’s our fucken war memorial? … You’ve built your reputation on writing about the Anzacs, Patrick. So, how would you feel if the sacred bones of all those bloody Anzac heroes were dug up and kept in cardboard boxes? Or displayed in glass cabinets? You reckon Australia would cop that? (252-53)

Daley has a particular strength in describing atmosphere and scenes. The book is redolent of his frequent visits to, and lots of ruminating about, Australia’s North (the Northern Territory and Queensland, called ‘Arcadia’ and ‘Edenland’ in the book). There are luminous descriptions of landscape, from mangrove swamps to desert to the ocean in a tropical storm, of Adelaide in the Depression and a regional airport on a quiet day, of Jesustown and its seedy, exploitative ‘supermarket’.

The book has some memorable characters, too. This reviewer often felt rather sorry for Patrick, perhaps because Daley’s first-person writing shows Patrick’s many flaws all hanging out. Among other characters, the voluptuous Merridy Bloom froths from the page, all come-on and cleavage. Superficially, she is the randy, much younger squeeze that middle-aged male academics (or some of them) dream about. But, by the end of the book, she is much more than this.

Patrick’s wife, Cate, on the other hand, is almost too cool, even making allowances for years putting up with the prick Patrick. Some of the minor characters are shadowy, though Patrick’s old friends Jericho and Tamar shine through and are part of a clever plot twist right at the end of the book. Some of the dialogue is a touch mechanical, though the stilted, pompous style of speech Daley gives to Patrick grows on the reader and certainly suits the character. The transcribed tapes of Renny portray well his slowly developing madness, booze and drug fuelled as it was, but pushed along also by the contradictions he found himself in or created for himself.

Renny’s direct importance, though, lies in Patrick’s attempts to come to grips with him and with the archive he has left behind. Indeed, Patrick lets archives destroy him twice, first because he fools himself (and her) with the archivist-librarian Merridy, and, secondly, because he is ultimately overwhelmed by the mass of material in Renny’s legacy, the material he needed to make sense of if he was to write about his grandfather and his work.

Talking of energy, readers and reviewers will expend too much of it trying to work out which real-life pretend historian is the model for the fictional pretend historian Patrick. It doesn’t really matter. The same goes for the pretend anthropologist character, Renny, and which real-life predecessors he might have been constructed from. Patrick is undoubtedly a composite, comprising bits and pieces of the personae, quirks, oeuvre and writing habits of a number of authors.

Given that Patrick is a ‘storyist’ of military history (the author of Gallipoli: Aussie Blood for English Failure and Monash: The Aussie Outsider Who Won the War) writers in this field will be on the short list of Patrick prototypes. Daley is perceptive about the differences between historians and ‘storyists’. ‘I know one thing’, one of his characters says, ‘what you leave out because it’s too hard is the difference between just another story and real life. It’s the gap between what’s been written down as history and people’s experiences’ (94). ‘Not everything can be neatly storied – reduced into one of your quirky yarns’ (249), another character comments.

Looking just at military storyists, Daley also sums up well (163-65) how they climbed aboard the gravy train, especially in the years of the so-called ‘Centenary of Anzac’. ‘All I [Patrick] had to do was stick to the unchallenged cultural orthodoxy that the Anzacs were natural soldiers and their misfortunes – especially at Gallipoli – could nearly all be sheeted home to crook British command.’ The Nek, the Somme, Monash in 1918, even Australians quelling Fenians in Dublin in 1916, all kept the audience enthralled and the cash registers ringing.

Daley-Patrick’s description of storyists’ ‘magic’ writing process rings true, even if no real-life storyist would quite admit it:

Two whole chapters of the first Anzac book on the Eurostar from St Pancras to Gare du Nord. Without so much as glancing at a note or any other reference. My General Bridges alighted at Paris, ordering his staff officer: “Draw your weapon, man, and order those Kiwi malingerers back up those damned cliffs after Jacko.” You prove he never did say that. Story-ism’s abiding challenge: just you prove it didn’t happen! (109)[1]

Yet, academically trained historians can be too dismissive of storytellers, some of whom are quite capable of nailing important issues in the discipline they circle around. One of them, Peggy Noonan, was President Reagan’s speechwriter and, when she was drafting a speech for Reagan to give on the anniversary of D-Day 1944, her colleagues urged her to write something like Lincoln’s Gettysburg Address, something that would ‘make people weep’. Noonan replied, ‘The Gettysburg Address doesn’t tell you to weep – it tells you to think’. So, it does. The point of the Noonan story, though, is that it was told, with approval, by a non-trained historian, a storyteller, one of the better ones, the late Les Carlyon, when he was a member of the Council of the Australian War Memorial.

Despite Carlyon, the Memorial has been a notable bullshit factory in recent years, not among its historians but among those who make decisions about how the Memorial commemorates our wars. These decisions have often distorted and sanitised our history and now have prioritised the acquisition of large quantities of new space, and the honing of ‘a-motional’ panegyrics about Australian ‘service and sacrifice’ in war, at the expense of focussing on the quality and evidence base of the collection.

Yet storytellers – and War Memorial urgers – need not be bullshit artists all the time; there is hope even for the Patrick Renmarks and the Anzackery crowd. Paul Daley’s book will bolster both that hope and the larger hope that, eventually and to the benefit of all of us, we will come to terms with our history – all of it. It is a powerful and necessary book, written from the heart. 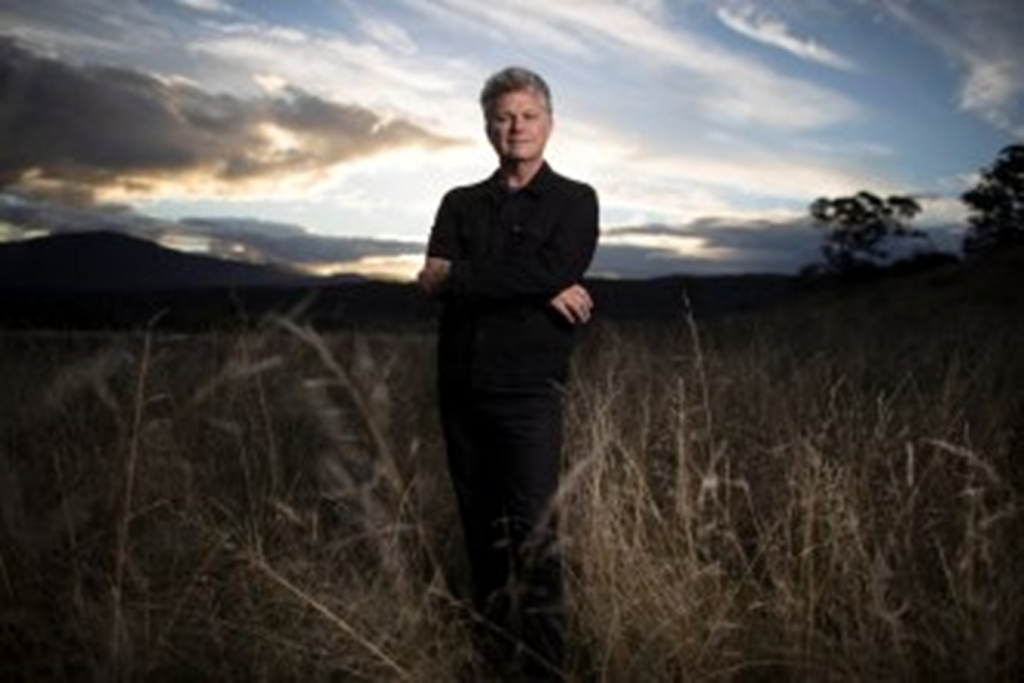 *David Stephens is editor of the Honest History website and was co-editor of The Honest History Book (2017). He has also been convener of the Heritage Guardians group, opposed to the expansion of the Australian War Memorial. Paul Daley dedicated his book On Patriotism (2018) to Honest History.

[1] The impossibility of proving a negative is sometimes a fallback tactic for academic historians, too. This reviewer remembers being told by one such (no names) that it was in vain to point to the lack of evidence that the famous alleged words of Atatürk (‘You, the mothers who sent their sons’) had ever been said or written by him. People (including historians) would still believe the myth because it made them feel good.

Print This
Click here for all items related to: Australia's war history, People like us, Ruling ourselves, Using and abusing history