Stephens, David: Lest We Forget#8: Has the Australia that the Great War Diggers fought for been captured by spivs and oligarchs?

‘Lest We Forget#8: Has the Australia that the Great War Diggers fought for been captured by spivs and oligarchs?’ Honest History, 25 April 2022

We began this Lest We Forget series by referring to Yassmin Abdel-Magied’s 2017 use of the talismanic words Lest We Forget, to focus on some important contemporary issues, notably what Australia in the 21st century has done to asylum seekers and refugees and what well-armed combatant countries have done to their people and their neighbours. Other posts in the Lest We Forget series have looked at: Paul Daley’s work On Patriotism; The Honest History Book (2017) which argued that there is more to Australia than Anzac, and always has been; the way the Australian War Memorial normalises war, to the detriment of children; the need for the Memorial to take a less Australia-centric approach to commemoration (along the lines of Honest History’s Alternative Guide to the Memorial); Brendan Nelson’s resurrection as Chair of the Council of the Memorial; and the warmongering role of the Murdoch press and family over more than a century.

Brendan Nelson, the subject of Lest We Forget #6, is the President, Australia, New Zealand and South Pacific, of Boeing, the world’s third largest defence manufacturer in 2020, which had arms sales in that year of $US32 billion. He is also mentioned in a recent paper, Confronting State Capture, published by the Australian Democracy Network (ADN). ‘State capture’, according to the World Bank, ‘is the exercise of power by private actors — through control over resources, threat of violence, or other forms of influence — to shape policies or implementation in service of their narrow interests’. Or as the ADN summarises it, ‘How corporations have eroded our democracy, and what we can do about it’. And again, ‘the exercise of power by private actors to shape policy in their self-interest’.

The report identifies six forms of influence leading to state capture, to which we have added some ready examples:

‘One of the Old Platoon’, Will Dyson (Melbourne Press Club/Art Gallery of NSW) 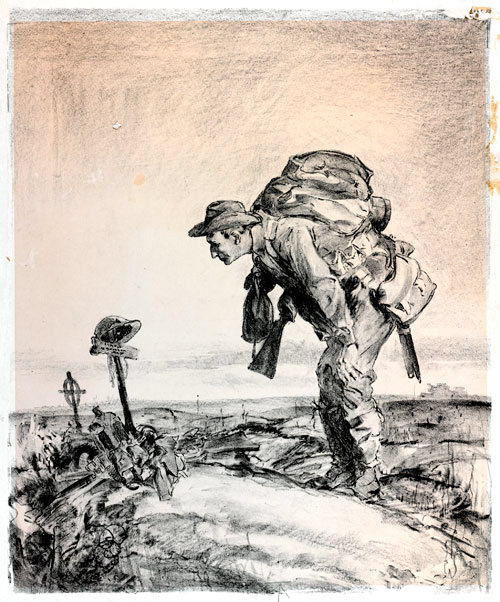 There is a two page summary of the State Capture report and a media release. The report contains four recommendations for improving the position and restoring real democracy:

Some of that sounds rather like ‘defending our values’ or ‘restoring our values’. A century ago and a number of times since, we are told, Australians fought to defend us and our values. ‘Our democratic way of life’, or some variation of that phrase, was used at the time or attributed after the event as a reason for why we fought – to defend our democracy, our values. Brendan Nelson was fond of saying that the men and women in all those wars long ago died ‘for us’. 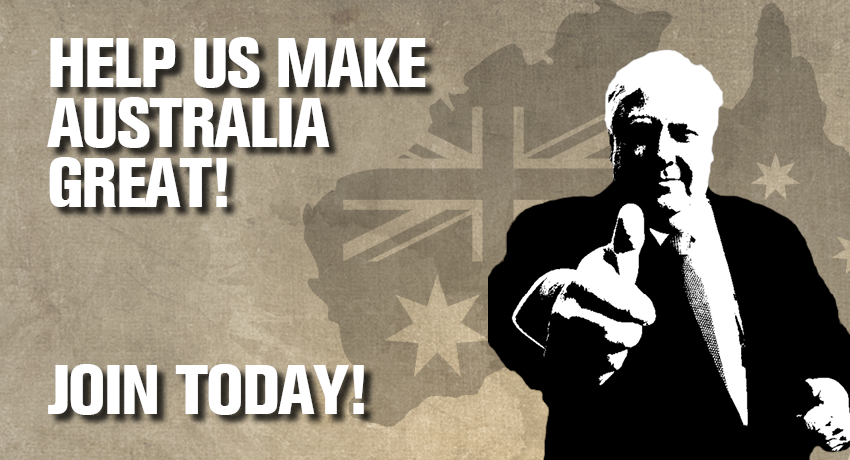 Did they fight to defend a country that shows the characteristics depicted in the State Capture report? No, they didn’t. There is a long stretch between, on the one hand, dedicated Diggers, daring flyers, brave sailors, and stoic nurses, going to war to defend democracy and Australian values and, on the other hand, the Australia of today, with spivs like Palmer, oligarchs like Murdoch and Stokes, and opportunists like Nelson peopling the landscape.

More than 30 years ago, the present author worked in the Australian Department of Communications and had the task of telephoning the offices of various media moguls of the day to offer them a top-level public service briefing on some changes to legislation affecting radio and television. The office of one of them informed him frostily that, ‘if Mr Holmes à Court wants to discuss this matter he will call the prime minister direct on his private number’.

That is a reasonably mild example of what happens when the state is captured by rich white people (mostly rich white men, though note Gina Rinehart), either as individuals or in smart-arse corporate structures designed to minimise tax and obfuscate accountability, who are prepared to pay large amounts of money to get up close and personal to decision-makers. Lest We Forget there’s a lot more of this stuff about now than there was 30 – or 80 or 100 – years ago. And it has more to do with ‘value’ and ‘wealth’ than with ‘values’.