Stephens, David: Lest We Forget again: Anzac Day is an opportunity to confront our violent frontier past and its shadow today

‘Lest We Forget again: Anzac Day is an opportunity to confront our violent frontier past and its shadow today’, Honest History, 10 April 2018 updated 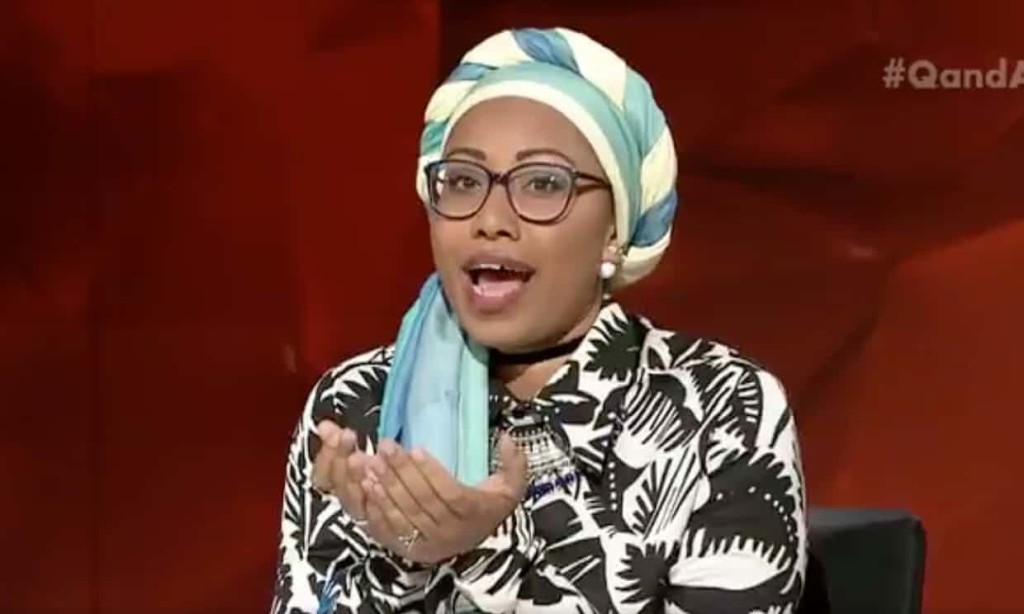 Yassmin Abdel-Magied, a young Somali-Australian Muslim woman, was driven out of Australia last year after she implied that the Anzac sacred cow might be ready to graze new territory. ‘Lest. We. Forget.’, she said, ‘(Manus, Nauru, Syria, Palestine …)’. I thought she was on the right track and I said so, copping some of the bilious and vicious response that she herself received. Yet, surely, after a century we can move beyond dead soldiers and broaden the remembrance focus to other weighty matters where Australians bear some responsibility and where they should have some interest in making things right. Such a matter is right in front of us.

In 2016, I wrote this for the final chapter of The Honest History Book:

Most of all, upsizing our non-khaki side means facing up to what [Eualeyai-Kamillaroi historian, in her chapter in the book] Larissa Behrendt calls “the invasion moment”, for “until we do that we will never have found a way to truly share this colonised country”. That invasion of 1788 and its consequences deserve far more of our attention today than do the failed invasion of the Ottoman Empire in 1915 and our military ventures since.

‘Our non-khaki side’ was a reference to the parts of our Australian history which are not about military adventures and their aftermath. The Honest History Book argued that ‘Australia is more than Anzac – and always has been’. It put Anzac in its place, preserving a quiet, private version of it, but seeing off ‘Anzackery’, its parochial, jingoistic bastard twin. (The book was also about drought, fire and flood, immigration and multiculturalism, boom and bust, egalitarian myth and unequal reality, the neglected contribution of women, and lingering ties to the monarchy and to great and powerful friends.)

And the book looked at what happened in 1788 and since then between Indigenous Australians – Arrernte, Gadigal, Noongar, Wiradjuri, Wurundjeri, and others – and non-Indigenous Australians. No single event defines a nation – any nation – but that invasion and dispossession from 1788 seemed to merit a higher profile than that other invasion in 1915.

There was also the irony that Australians are told from birth to remember what happened during the 1915 Gallipoli invasion and other overseas military events – ‘Lest We Forget’ – but many (most?) of us turn our heads away from conflicts here, in Australia. It is quite possible that as many Australians died in frontier conflict in Australia as died in our overseas wars – no-one knows for sure – but that is not where our sentimental remembrance and our commemorative dollars have been directed for more than one hundred years.

Another Anzac season is rolling around. This time the focus will be on the opening on 24 April of the $100 million Sir John Monash Centre at Villers-Bretonneux in France. Honest History has been critical of this boastful extravagance but we will be told by the officials present at the opening that the story of Australians on the Western Front should be better known than it has been till now – and, dammit, here is the high-tech, ultra-up-to-date, ‘immersive’ remedying of that injustice!

Beneath the overstated claims about ‘forgotten heroes’ – there have been at least twenty books about Monash and his campaigns since 1919, plus films and television series – and the technology, however, the theme at Villers-Bretonneux will be much the same as it always is at Anzac time: how laconic, lanky, lovable larrikin Aussie blokes punched above their weight, for their mates, for freedom, for the folks at home, for King and Country (as it was then), against tyranny, and so on. And died. And came home injured in body and mind (although there is always much more said about ‘the Glorious Dead’ than about the damaged and befuddled living).

Some of those who died in the King’s (and Queen’s) wars – and some of those who came back – were Indigenous Australians, and that is gradually being recognised. But the Anzac season is surely a good time to remember also the Arrernte, Gadigal, Noongar, Wiradjuri, Wurundjeri, and other men, women and children who died defending their country on their country. (The Australian War Memorial is sidling towards this recognition, but in such an equivocal way that one wonders at the politics that swirls around that building.)

Paul Daley wrote recently in Meanjin (excerpted in Guardian Australia) about how Australian place names (Skeleton Creek, Murdering Gully, Massacre Waterfall, and so on) allude to some of this history of Indigenous Australians dying fighting for their country – or simply becoming collateral damage in an act of national dispossession. Yet, beyond the names, the stories are often difficult to track down. They are, Daley quotes Worimi academic John Maynard from the University of Newcastle as saying, ‘sadly lost across time, forgotten and erased from history’. 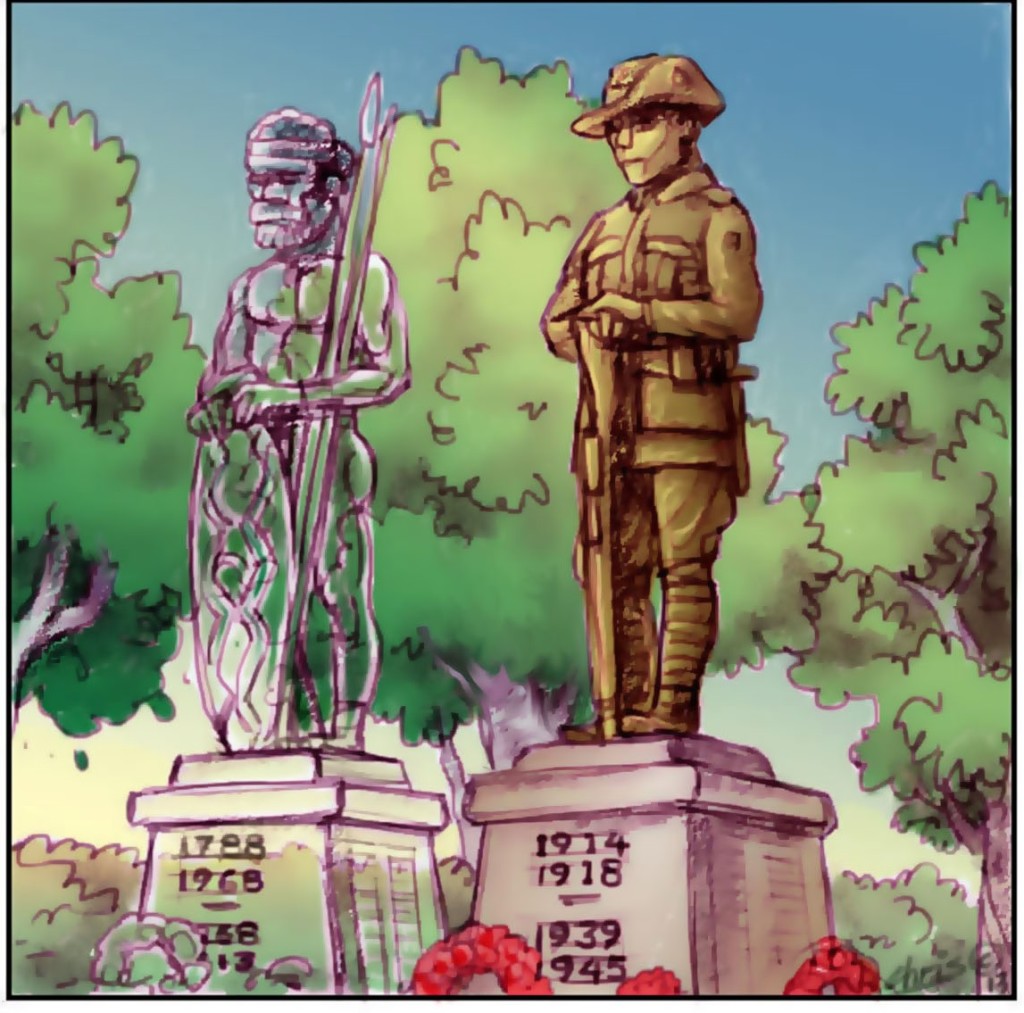 Getting to know those frontier conflict stories, and tracking the connections between ‘the slow, violent dispossession of Indigenous Australians from their home of multi-millenia’ (Jonathan Green’s words in Meanjin, Autumn 2018) and the down side of Indigenous Australian life today – disproportionate alcoholism, despair, domestic violence, drug dependence, housing inadequacy, ill-health, incarceration, poverty, youth suicide, and so on – should continue long after the self-congratulation at Villers-Bretonneux and the ritual sentimentalism of Anzac Day have passed. Changing the balance between commemorating our sporadic overseas wars and brushing aside our persistent domestic flaws should be delayed no longer.

Again in Jonathan Green’s words, ‘it’s hard to imagine a country truly at peace with itself, truly poised to engage its future, until that reconciliation with a fully-remembered history is done’. Then we will ‘truly share this colonised country’.

The dead men of Gallipoli and the Western Front are long past worrying about whether we have forgotten them; they might even have empathised with Yassmin Abdel-Magied and others who reckon that Anzac Day is a good time to think about lots of matters in our past that need to be confronted and dealt with. Lest We Forget, indeed.

Footnote: Honest History has a collection of links to resources on the Yassmin Abdel-Magied saga of 2017. And Ben Eltham in New Matilda revisits the saga in 2018. The above article was reposted on John Menadue’s Pearls and Irritations blog. And on Independent Australia.