Angry Anzac Day 2017: three pieces from Guardian Australia: get those responses rolling in

Update 7 August 2017: Yassmin Abdel-Magied wonders where the free speech defenders were in her case.

Update 31 July 2017: Tim Deane-Freeman in New Matilda sees the Abdel-Magied case as evidence that ‘Australia is racist. It is a parochial, frightened, reactionary place with an appropriately wretched politics.’

Update 15 July 2017: Julia Baird in Fairfax. ‘The reaction [to Yassmin Abdel-Magied] has been lacking in all proportion and reason.’

Update 12 July 2017: ABC report: Yassmin Abdel-Magied says Australia happy to accept those who ‘toe the line’. Nama Winston in Fairfax on how white Australians get a better run than brown ones. Antoun Issa in Guardian Australia on an international trend to badmouth those not of Anglo-Celtic appearance. Bernard Keane in Crikey (paywall) on Australia’s seeming reversion to attitudes of the racist, sexist and homophobic 1950s: ‘What kind of a shitheap country have we turned into?’ Similar arguments from Gwenda Tavan in The Honest History Book. (Comments on some of these articles suggest there is considerable disagreement on these issues.)

Update 6 July 2017: on the eve of leaving Australia for Britain, Yassmin Abdel-Magied reflects on the reaction to her Anzac Day remarks.

Update 25 May 2017: Yassmin Abdel-Magied’s ABC show ends, though ABC says this is unrelated to the Anzac fuss.

Update 14 May 2017: analysis by Ketan Joshi of anti-Yassmin comments.

Update 4 May 2017: a few days on, pollster and commentator Peter Brent tries to take a measured view in Inside Story. Then there was Arrin Chapman in Independent Australia.

Update 30 April 2017: Our Facebook page is worth a look. The standard of ‘argument’ coming in (commenting on our Guardian article) is remarkable. For example: ‘You do not know what the word honest means. You’re evil for supporting terrorism and you will be going to hell enjoy spreading your lies now since you will be roasting in hell.’ DS (Reluctantly, and after much consideration, we decided to hide this material. There was too much abuse coming from some rather nasty people. DS 2 May)

Update 29 April 2017, 9.30 pm: Yassmin-gate, as we have come to call it, kept on keeping on, far beyond its intrinsic importance, and the number of Facebook shares of our Guardian article clicked over to 10 000 just after 9.00 pm. Rude Facebook responses to the article outnumbered polite ones; we suspect orchestration but find reading (and contesting with) these angry sprays quite instructive. As the Guardian‘s Brigid Delaney said in one of the earlier posts linked below, we seem to have become, at least in part, an angry society. Few of the rude responders wanted to mix it, though, not taking up our polite invitations to provide evidence for their assertions about rabid Muslims, the need for deportation of Australian citizens, or the inherent disloyalty of the Guardian and its readers. 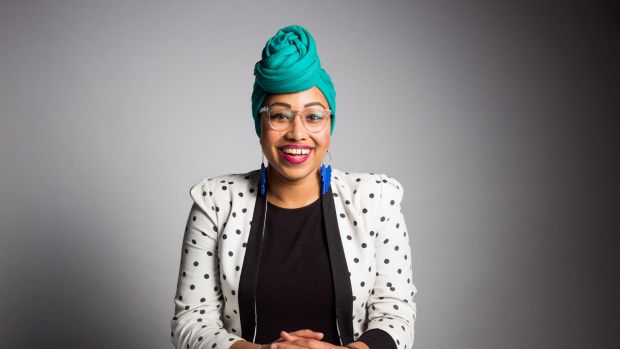 More notable additions to the literature of Yassmin-gate came from Stan Grant on the ABC website, Jacqueline Maley in Fairfax, and Guy Rundle behind the Crikey paywall. Rundle referred to ‘myth-loving, right-wing cowards’. We’ll suspend for the moment any scepticism about the utility of the left-right spectrum to say that Rundle has on this occasion pretty much nailed it.

Maley merits a Choc Wedge for this zinger paragraph: ‘As for the legions of Twitter morons who sit in their stained underpants and defend the mighty Anzac spirit from the safety of their anonymous Twitter accounts: a VC for every one of you’. We also came across a relevant 2009 quote from Tim Soutphommasane: ‘Loving your country does not mean adhering to unquestioned myths [Anzac?] or mindlessly repeating slogans [Lest We Forget?], but being prepared to contribute to the improvement of your community and culture’.

Then there was this one from Matt Holden in The Age, which deserves a par on its own:

Since when did someone’s opinions about Anzac Day become a test of their suitability for a job (unless the job is organising an Anzac Day commemoration)? … If she didn’t know it before, she must now know that in a world of “us” and “them”, she (and by association, all Muslims) is one of “them”. And that the “us” is a big, ugly race-baiting gang itching to bully the “thems” into silence and submission.

That’ll do for now. DS

Update 28 April 2017, 9.30 pm: As it turned out, most of the responses came not below but as Facebook shares of our Guardian Australia article (8500 to now) and comments on our Facebook and Twitter posts linking to the Guardian article. More than half the Facebook posts we would categorise as bilious and/or angry. There seemed to be a lot of people who claimed intimate knowledge of Islam and its alleged horrors but who did not show a close acquaintance with the arguments in our piece or similar articles by others. The words ‘kneejerk’ and ‘reaction’ spring to mind.

Among the media commentary today (and a couple we missed previously) were a coalition of the outraged in Newscorp, more in the same vein with links to even more (in News publications), Masrur-Ul Islam Joarder in HuffPost (‘Freedom of speech is a white man’s privilege’),  Jane Gilmore in Fairfax, Binoy Kampmark in Independent Australia, First Dog in Guardian Australia, Bernard Keane in Crikey (Abdel-Magied’s real crime was ‘Opining While Brown’), Sean Kelly in The Monthly Today, and, finally, Richard Ackland in Guardian Australia and Clementine Ford in Fairfax late in the day. And that will do us for now, unless someone comes up with something new on this already worn-out subject. (Indeed, the words ‘storm’ and ‘teacup’ are relevant.) In the course of it all, though, we did come across this very sensible piece in Fairfax on 24 April from Andrew P. Street. Among other things Street suggests we ‘tone down the talk of noble sacrifice and Australianess’ in the Anzac season, bearing in mind that we just might be stumbling towards Armageddon. Sounds like a plan. DS 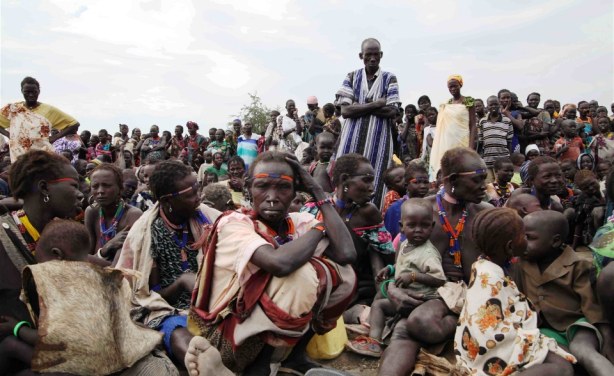 We did a couple of Anzac Day roundups this week, before and after. The Yassmin Abdel-Magied story featured in the after collection and continued to roll today. Honest History’s David Stephens commented in this piece in Guardian Australia, ‘Australia needs more feisty outspoken people like Yassmin Abdel-Magied’. ‘What better day than 25 April to raise important issues such as the fate of refugees in hell holes?’ Stephens asked.

Also in Guardian Australia, there was Mariam Tokhi (‘Remembering fallen war heroes is insincere if it excludes those suffering today’). ‘Recently’, she said, ‘I’ve felt increasingly weary by the seemingly endless glorification of war. I wish the conversation were more nuanced, more sensitive to those who have known war.’

Then, Guardian Australia‘s own Brigid Delaney asked why Australians get so angry, whether on the roads, in queues, in bickering over seats on aeroplanes, or in stoushes between shock-jocks.

But [these were light] compared with the anger directed at Yassmin Abdel-Magied for a pretty innocuous Facebook post about Anzac Day this week. This was not just individuals angry at an individual they disagreed with – but a corporation (News Corp) and institutions using their full might to unleash anger at a person who they have deemed in some way needs to be put back in her box. This is anger as both a warning and a punishment – and crosses over, of course, into bullying.

Spot on, Ms Delaney. Guardian Australia in its wisdom did not put comments facilities under the articles by Stephens and Tokhi so we put one below instead. Fire ’em off, folks. Try to make them coherent, if not polite – and mind the spelling.

The Honest History Book has more to say (pp. 12-13) about the goal of ‘an Australia where we are aware of, understand and accept all of our history, where our wars are considered from all angles, not just the military, where Anzac is downsized, and which is entirely free of Anzackery’, the over-the-top, jingoistic version of the Anzac legend which can generate the sort of witch-hunt that has occurred this week. Here’s a relevant quote from Honest History’s president, Frank Bongiorno:

To question, to criticise – to doubt – can become un-Australian … Anzac’s inclusiveness [trying to include everyone within the tradition] has been achieved at the price of a dangerous chauvinism that increasingly equates national history with military history, and national belonging with a willingness to accept the Anzac legend as Australian patriotism’s very essence. (The Honest History Book, p. 130)

Print This
Click here for all items related to: Anzac analysed, People like us, Using and abusing history