In the week that marked the centenary of the beginning of the Great War (as well as the 70th anniversary of the Cowra Breakout and the 69th anniversary of Hiroshima) it was no surprise that a flood of relevant material descended on us. This review note tries to track a path through some of the deluge.

The internet era’s obsession with lists may have influenced Perth Now‘s article on ‘five key moments that finally committed us to war‘. The moments are: Austria-Hungary declares war on Serbia (there is a photo of the original typescript of the message from Emperor Franz Joseph to his people); Russia mobilises; Germany declares war on Russia; Germany invades Belgium; Britain declares war on Germany. Peter Stanley wonders whether war could have been avoided at any of these points. (For some contemporary Australian material see our ‘highlights reel‘.)

Another list is the Imperial War Museum’s ‘five things you need to know about the first world war‘: it was a global war; it was a war of and against people; it was a war of production; it was a war of innovation; it was a war of destruction. The extended captions under the photographs are succinctly informative (30 countries, 65 million enlisted, 16 million uniformed and civilians killed) and the page links to the IWM’s extensive resources. Some of the photo series pull punches, though: there are ten illustrations of ‘life in the trenches’, with lots of smiling Tommies and only in the final photo the admission, ‘Life in the front line always carried an element of danger’, accompanying a picture of men going ‘over the top’.

Then there is the Guardian‘s ‘global guide to the First World War interactive documentary‘. It is described as a ‘beginner’s guide‘ and one can see it working well as teaching material (once the intricacies of the interactivity are mastered). It runs for 30 minutes, uses the voices of ten historians, can be played in seven languages and has some fascinating footage, clever graphics (for example, the domino effect as successive countries declare war) and little-known facts (Andorra, with an army of ten men, declared war on Germany).

This interactive tour also includes facsimiles of stories from the Manchester Guardian of the day. Elsewhere, Alan Travis traces how the Guardian tried, through its editorials, to keep Britain neutral. One hundred years on, there is still deep disagreement in Britain over how to commemorate the Great War. Archie Bland in the Independent describes the memorial service in Westminster Abbey and other events. The headline (‘We can’t remember, we must not forget’) hints at a non sequitur. Bland noted that the hymn ‘Lead, kindly light’ featured at the 1920 service to inter the Unknown Warrior.

These days, we are entirely comfortable in the light. If anything, it’s the darkness we need reminding of, and all too frequently neglect. As you followed yesterday’s events, which tacked between solemnity and celebration, it was sometimes difficult to know what context they required.

Did they stand as commentary on atrocious modern violence in Syria and Gaza, the Central African Republic and Ukraine? Or were they jaunty picture postcards from a time that is all but lost to us, so terminally claimed by period drama that the weight of so many millions of deaths cannot really be felt any more?

In the Guardian, Simon Jenkins returned to that paper’s tradition of dissent, declaring that the Great War had become ‘a nightly pornography of violence’.

Britain’s commemoration of the Great War has lost all sense of proportion. It has become a media theme park, an indigestible cross between Downton Abbey and a horror movie. I cannot walk down the street or turn on the television without being bombarded by Great War diaries, poems, scrapbooks and songs …

Meanwhile our finest historians compete to find the most ghoulish tales from the trenches, the most ghastly cruelties, the goriest wounds. No programme appears on television without some footage of men running through mud. Is there no other way of remembering an event than with images of death, punctuated by men in top hats with silly walks? …

A Martian might think Britain was a country of demented warmongers, not able to get through a day without a dose of appalling battle scenes from past national victories.

Jenkins lamented that war commemoration had become ‘a military propaganda opportunity’, with Prime Minister Cameron comparing President Putin’s actions in the Ukraine to the Kaiser’s and Hitler’s and the Chief of the General Staff boasting that recent wars had bred a warrior generation in Britain’s armed forces. Jenkins’s remarks drew more than 1100 comments.

Ambivalence about war commemoration was also present in Europe, where President Hollande was being diplomatic and the Germans were playing things down, while taking a great interest in Christopher Clark’s blame-spreading book, The Sleepwalkers. Meanwhile, in Australia, the Minister for the Centenary of Anzac and colleagues gathered next to Port Phillip Bay to remember what is believed to have been the first shot fired by British Empire forces in the war, the Prime Minister made a statement, services were held, and Mark McKenna noted differences between the way Anzac is commemorated in New Zealand and Australia. McKenna suggested ‘that New Zealand commemorates Anzac Day, while Australia tends to celebrate it’.

The rising profile of Fromelles in Australian commemoration was marked by a book by Peter Barton, reviewed in Fairfax media and in The Conversation (where Peter Stanley questioned the assumption that, after a century, finding remains and re-interring them still made sense). Meanwhile, country towns like Orange relived local war-related stories (in Orange, a story of division) and others recalled bizarre sidelights, like spiritualist attempts to reunite with the war dead.

As to the aftermath of the Great War, John Mathews reminded us of the post-war influenza pandemic, believed to have been caused by infected soldiers returning home. And on the aftermath of wars generally, David Finkel of the Washington Post pointed out that those who return from Iraq and Afghanistan exhibit symptoms similar to those observed in veterans of any war, including World War I. 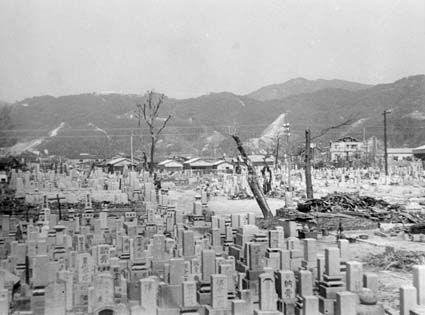 Finally, rather overshadowed in the extravagant remembrance of the guns of August, there was the 70th anniversary of the Cowra breakout, showing that other soldiers than Australians do heroic, if incomprehensible things, and the 69th anniversary of the Hiroshima bomb, reminding us that suffering in war falls heaviest on civilians. Lest we forget that last point.