Are you heartily sick of ex-prime ministers yet? Just last year there were books by Kevin Rudd and Malcolm Turnbull, and four on Scott Morrison. Publishers obviously know there’s a market for them, and the phenomenon is attracting scholars too, such as Joshua Black from ANU. Every month I receive exciting alerts and invitations from the Robert Menzies Institute, with the reminder it celebrates the legacy of ‘Australia’s Greatest Prime Minister’. Already this year we’ve had another volume by John Howard, A Sense of Balance (Harper Collins) and, if you’d like, a newsletter from his library too. In recent months, there’ve been Ross Walker’s Harold Holt: Always One Step Further (La Trobe University Press) and essays by Julia Gillard and others about her misogyny speech. And now, two new titles from Connor Court – yet another on Bob Hawke (by Mike Steketee) and yet another on John Curtin (reviewed here).

So, PMs sell, and should be noted. David Lee’s short biography of John Curtin, Prime Minister 1941-45, is the sixteenth in Connor Court’s series Australian Biographical Monographs. I mean no disrespect to the author in observing that the most interesting thing about the biography is not his content but its series. It is a curious list, mostly covering prime ministers (Menzies, Holt, Lyons, Curtin, Bruce, Reid, Hawke, and Gorton) and premiers (Lang, McKell, Wran, Thompson, Askin and Bjelke-Petersen). Mostly men, mostly conservatives. The publisher’s complete catalogue includes other biographies but also autobiographies and memoirs from political and religious spheres, with others appearing under its Jeparit Press banner of titles commissioned by the Menzies Research Centre, including John Howard’s speeches and of Robert Menzies’ quotes.

Of the series’ authors, Lee together with Tom Frame (on Holt) are among the most appropriate and academically well credentialled, each with major biographies to their names. A number of the authors have contributed to the Centre for Independent Studies, self-described as a ‘classical liberal think tank’. Scott Prasser, the series editor and author of its Menzies biography, is one of its Senior Fellows. Another CIS, Spectator and Quadrant contributor, Kevin Andrews (author of the first in the series, Joseph Lyons and the Management of Adversity, in 2016), is equally well known for his politics, considerably right of centre.

Prasser explains at the beginning of Lee’s little book that the series has been aiming to provide an overview for readers new to these politicians and says why they and their contributions are important. Only 70-90 pages of text, i.e. around 25 000 words, they are designed to provide ‘a clear narrative’ and are ‘scholarly rather than academic’. No prizes for guessing what is meant by ‘academic’.

Prasser adds, to make further guessing unnecessary, that the series was initiated

because of the decline in the study of Australian history at our schools and universities and the consequential lack of knowledge or even worse, distorted views of some of Australia’s leading figures who deserve to be remembered, understood for both their achievements, and as each volume also highlights, their flaws. (p. 7)

One barely knows where to start with such a throwaway assertion, but I note that Connor Court published in 2020 a 400 page volume by Mark Lopez called School Sucks: a Report on the State of Education in the Politically Correct Era, which no doubt explains all. It is quite a conceit though that a series of hard copy little illustrated biographies are the best content and learning design to help hard pressed teachers engage and challenge their students. None of the seventeen are in e-book format. As for ‘distorted views’, we can be thankful that students are now able to learn the correct view of men like Jo Bjelke-Petersen and Robert Askin.

In truth, Prasser’s introduction adds nothing to Lee’s text; he and we could have done without it. John Curtin is a gem, a masterful distillation of the standard biographical and other secondary literature on Curtin., In fact, Lee has also drawn on considerable primary sources, for much of the territory for Curtin’s public career he knows in any case, having been the editor of the Documents on Australian Foreign Policy series between 1997 and 2019 and an acknowledged authority on an earlier prime minister, Stanley Melbourne Bruce.

Though broadly chronological, the book starts powerfully – with Curtin aged fifty at the fateful moment in 1935 when he wins the ALP leadership – before it backtracks to his humble origins. Then, partly through well-chosen quotes including poetry, the author evokes some of the strong emotions which attended Curtin’s private mental and political worlds. A second attractive feature for me is Lee’s constant acknowledgment that Curtin’s life can be read in contrasting ways, often noting that some historians have argued this, other historians have argued that.

This style builds to conclusions which canvass the various assessments of Curtin’s significance and enduring standing, not least because many have seen him as our greatest prime minister, a debate with a contemporary edge given Paul Keating’s championing of Curtin’s stature – called ‘a partisan rant’ by a reviewer for the (partisan) IPA – and the inevitable contrast with Menzies. While rightly viewing contests for ‘the greatest’ as ultimately meaningless, Lee at the end of the book does ‘praise Caesar’ in powerful terms.

The great mark of his achievement is that Labor was ready for national office when its opponents were revealed as catastrophically wanting; he steered the country through an existential crisis with purpose and assurance; and, when he died and a new era was in sight, Labor was in good order to shoulder the new burdens. (p. 107)

Possibly the most interesting aspect of Curtin’s entire life was his poor health, his ability to endure despite it, and its relevance to his death – one of several minor issues such a short biography could only allude to. In the early years there was drinking and a forty cigarettes-a-day habit and depression, and, increasingly during his wartime prime ministership, stress, worry and sleepless nights. 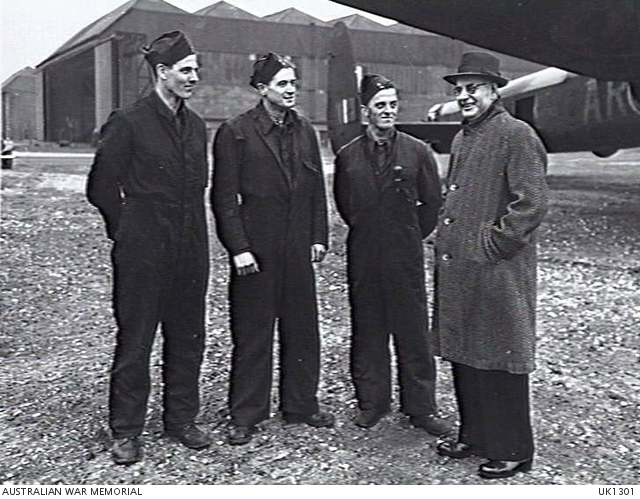 One of the best treatments of the health issue is Michael McKernan’s public lecture at the John Curtin Prime Ministerial Library, Perth, on 20 October 2005. “John Curtin: a war casualty if there ever was one’ expanded on Geoffrey Serle’s conclusion in his 1993 Australian Dictionary of Biography article: ‘He died peacefully on 5 July, a war casualty if ever there was one’. That Curtin functioned as he did despite psoriasis, pneumonia, gastritis, high blood pressure, neuritis and heart and lung complaints is staggering, several of these ailments by their nature worsened by worry. From November 1944 onwards, McKernan said, ‘in all probability, unless he completely removed himself from the causes of stress and anxiety, John Curtin was a marked man’. He died the following July. Read McKernan’s lecture, and definitely read Lee’s book.

*Michael Piggott AM is a retired archivist who has written many reviews and other pieces for Honest History; use our Search engine or References by author.

Print This
Click here for all items related to: Australia's war history, Getting on with the world, Home front, Ruling ourselves