Frontier violence and Indigenous resistance has rarely been examined as a case study of military strategy and tactics. Starting from contentions that ‘an alliance of Aboriginal groups staged a fairly successful “Black War” in southern Queensland during the 1840s and 1850s, the author seeks evidence for a historically definable (1843-1855) conflict during this period, complete with a record of Indigenous declaration, victories, coordination, leadership and planning’.

The author draws upon studies of guerilla and terrorist conflict outside Australia and compares the Southern Queensland example with other Australian cases. He concludes that ‘Australian “resistance” wars followed their own distinctive pattern – achieving coordinated response through inter-tribal gatherings and sophisticated signaling; relying heavily on economic sabotage and targeted payback killings; and guided by self-deprecating “loner-leaders” much more wily and reticent than their equivalents in other parts of the world’. He also finds ample evidence of tactical innovation, a move from pitched battles to ambushes, the development of full-time guerilla bands and the use of new materials like iron and glass.

Other versions of the paper were given at a conference at the University of Technology, Sydney, August 2014, and published in Academia and will appear later this year in the UTS journal. 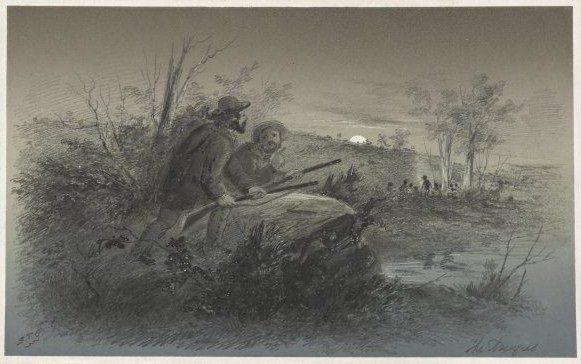