Steve Flora delves further into Leslie Jauncey’s despatches from the United States for Labor newspapers in far-off Sydney. This is part of Honest History’s continuing researches into this fascinating, if relatively minor, figure of early 20th century Australian –  and world – history. We try to write and research history as well as write about it.

A survey of the archives of the Labor Daily and the Daily News for the years 1938 to 1940 shows that Jauncey’s first article for the paper appeared in the 11 June 1938 issue and his last on 10 May 1939. Writing to King O’Malley just after this, Jauncey said:

So the Daily News in Sydney is in bad! I enjoyed writing for that paper. For a time it looked quite good to me, but lately it has deteriorated in quality. My friend, John Fisher, has been let out of the paper. The Bank of New South Wales has taken it over, and so I shall not write for it any more.[1] 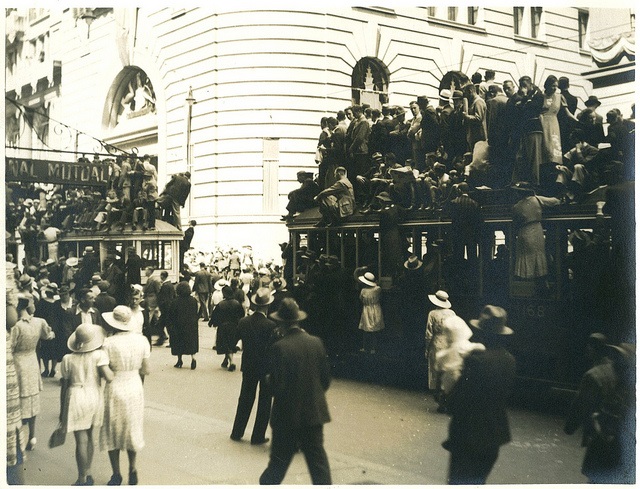 The piece below looks at some of what Jauncey wrote in the 11 months before he reached that philosophical but firm conclusion. In Jauncey’s first piece in the Labor Daily of 11 June 1938, the byline introduced him as ‘Dr. Leslie C. Jauncey, author of Conscription in Australia, who is now doing important economic research work in Washington and New York’. The piece was headlined ‘People’s Front begins to shape itself in US politics’. It was an optimistic and hopeful column which began, ‘Progressives in the United States have long looked forward to the time when it would be possible successfully to launch a Third Party, proclaiming liberalism as its chief plank’. (This, of course, is ‘liberalism’ in the American sense, not in the sense of the Australian ‘Liberal’ Party.)

In the article, Jauncey gave a brief overview of trends that to him seemed to be leading to the formation of a vibrant ‘American Labor Party’.

That there is need here for a progressive party no informed person doubts. The present situation of having two parties, which, as parties, have no differences except mainly personal jealousies, is intolerable to all except conservatives. Both are predominately conservative, although each has its liberal minority.

Of President Franklin D. Roosevelt, then in the middle of his second term, Jauncey noted:

To-day, the President, by good fortune rather than by design, happens to belong to the liberal wing of his party, but the Democratic majorities of both Houses of Congress are sufficiently conservative to bar Roosevelt’s wishes. In spite of the huge vote given to Roosevelt in 1932 and the support that he still has among the people, the President’s own party does not give him adequate support. Consequently, the need for a liberal party is clear.

Surveying the political landscape, and considering whether either major party could eventually be converted to a more consistent progressive agenda or whether a new Progressive Party needed to be born, Jauncey went on.

Most progressives desire to stick by the President and to support him in his fight against the reactionary Congress. They feel that launching a new party at this time merely tends to draw support away from the President, and so plays into the hands of his enemies.

Spanish Civil War mass grave, Estepar, Burgos. The grave contains 26 republicans who were assassinated by fascists in August-September 1936; it was excavated in 2014. (Wikimedia Commons/Mario Modesto Mata)

Then there was Spain. Jauncey was a long-time supporter of the anti-Fascists in the Spanish Civil War, then in its third year.

The need of the movement here, as well as in Britain and Australia, is a popular front, extending from liberals to Communists, pledged against Fascism at home and abroad, a movement based on rank and file control; a movement governed from the bottom up rather than from the top down … Not more parties, but unity of the anti-Fascists, is the need of the hour.[2]

In the issue of 6 July 1938, in a column entitled ‘Mexico snubs Soviet Union but leaves Liberal mark on history’ with the byline ‘By Dr. L.C. Jauncey, author of Conscription in Australia – Special Labor Daily Commissioner in U.S.A.’, Jauncey commended the then Mexican President Cardenas for helping the ‘heroic Spanish people by shipping them arms and in this respect is alone with the Soviet Union in doing so … The Mexican Government is not Socialist, but is a capitalist democracy with strong Liberal leanings … Democratic people throughout the world should support the Mexican people in their struggle against imperialism’. [3]

The paper’s issue for 22 July 1938 had a Jauncey column headlined ‘Why Social Credit failed to capture Western Canada’. In showing that his focus ranged over all of North and Central America, the expatriate economist made this observation:

Defeat of Social Credit in the Province next to Alberta is significant, for the economic situation in Saskatchewan, like that of the whole of the North American Continent, has not been good, with unemployment everywhere increasing. So the people of Saskatchewan might well have voted for Social Credit merely to protest against current economic conditions.

Jauncey concluded that the lack of support for Social Credit would ‘help clear the road to economic reform’. He felt Social Credit was similar to the single tax movement in the late 19th century; both offered less than did Socialism.

Both appealed strongly to the lower middle classes. Both proposed to patch up the economic system by adjusting one phase of its ills. Both promised to give an alternative to Socialism. In fact, they promised to give all the benefits of Socialism, with its no unemployment and balanced economy, without doing what Socialism must do – take the ownership of the means of production away from private hands.

Showing that he still held tightly to the main concepts behind the establishment of the original Commonwealth Bank of Australia, Jauncey went on.

Obviously land and monetary reform are essential to man’s further development, but either or both of these needed measures will not be possible under the present system. Land and bank nationalisation will come, but Social Credit will never be brought about because of the fallacies on which it is based … Nationalising the banks will make possible monetary reform, but it will not in itself be monetary reform. It will be possible to have all the burden of debt and interest under nationalised banking, but it will be much easier under it to pass from debt money to distribution money. 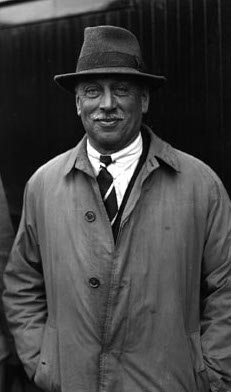 The column concluded with both a warning and some hope.

At present the real danger of the “just as good as Socialism” reforms is that they are bound to prove ineffectual in attempted operation, and that Fascism may follow the confusion of their failure. It is encouraging, therefore, that the people of Saskatchewan, in turning away from the lure of Social Credit, voted to double the strength of the progressive Co-operative Commonwealth Federation Party [social democratic or democratic socialist party, depending on who you read] in the legislature, making it the Opposition to the Liberal Government. Thus, progressive people in Saskatchewan have in their legislature an Opposition party which proposes to tread the sure road of Socialism, when attempts to patch up capitalism have failed.[4]