Into the crucible (review of McKinney)

‘It is curious’, writes Rodney Hall in the Australian Book Review, ‘that the Great War (generally credited with a central role in defining the nation) should have produced so little literature: so few poems, so very few novels’. Nothing could be further from the truth. There certainly have been peaks and troughs in the nation’s literary trench fever curve, but there really is a considerable body of writing. 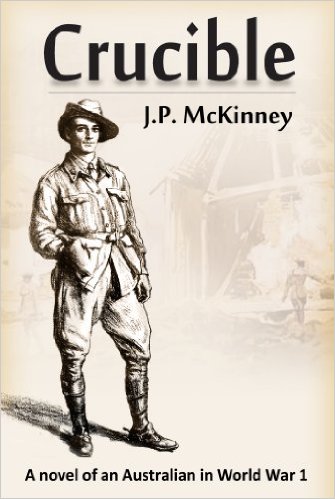 A mere three years into the conflict, the Bulletin wrote of war-novel fatigue and recommended a collection of short prose sketches from the Western Front as ‘just the sort of thing that readers, tired of histories or the novels of the war, are waiting for’. In 1962, however, Martin Boyd, himself an Australian veteran of the Great War, despaired over the misfortunes of his Western Front novel, When Blackbirds Sing. It had been difficult to publish; now it proved difficult to sell.

In the interwar period, when war books were booming, the Returned Sailors and Soldiers Imperial League (today’s RSL) even ran a novel-writing competition to mark the 20th anniversary of the Gallipoli campaign. The winning entry, chosen from about fifty submissions, was Jack McKinney’s Crucible. It has now been reissued for the first time since 1935.

The contest had asked for a novel that would ‘depict the life of the Australian soldier during the Great War and his reactions to the various environments through which he passed’, written by a member who had served abroad with the Empire Forces. Jack McKinney (1891-1966) had seen fighting in Egypt and on the Western Front and, prompted by the call for submissions, he wrote the novel at the kitchen table of his soldier settler’s farm near Surfer’s Paradise.

The rules of the competition insisted on historical and geographical accuracy – indeed, the Official Historian himself, Charles Bean, would advise the judging panel on this matter. But McKinney was quick to assert in the Brisbane Courier-Mail that he granted himself ‘the fiction-writer’s full privilege’ with one restriction: to make ‘no sacrifice of truth to dramatic effect’.

This describes McKinney’s quiet, restrained novel well. Perhaps it explains, too, why the novel had to wait so long to be republished. Readers of Crucible will look in vain for tall tales of Anzac heroism. John Fairbairn, McKinney’s protagonist, an accountant from Victoria, is a calm, introverted man who wonders what the army and the war will do to him.

For his part he didn’t want to become armyized. This war was merely an unpleasant interlude in a decent man’s life, to be endured rather than lived, and forgotten as soon as possible after it was over.

John is not an enthusiastic Anzac: while some of his fellow soldiers enthuse over the technical side of trench warfare – shells, trench mortars, gun calibres – John objects to such ‘a useless cluttering of the brain’. When he is promoted and rises in the army’s hierarchy this seems accidental and arbitrary; while convalescing in hospital, he begins to think of war not as a noble sport, but rather as a ‘gigantic game of skittles’.

In McKinney’s episodic narrative military events are not scripted along a tight and meaningful (melodramatic) storyline. McKinney’s Western Front is a place of ‘mud and filth and stench and misery’, the fighting ‘rather unheroic business’. The war’s beginning seems beyond his protagonist’s grasp: to John Fairbairn the Gallipoli landing is ‘that other great event, way back in the annals of the war’. The war’s end is profoundly anti-climactic.

In 1918, Arthur Wright, an Australian author of melodramatic potboilers, had the characters of The Breed Holds Good ‘nobly blaze the way to victory’. McKinney’s Crucible, on the other hand, has John find out that the war has simply been declared over:

Over! … The thing they had fought for – victory, peace, civilization, decency, a safer world, a world purged of Prussianism, and so on and so on – well, they had it, whichever and whatever it was. And what did it amount to? All phrases.

And yet McKinney, like many of his fellow writers in Australia and overseas, makes an effort to rescue war from futility, by giving it a personal meaning in the little story of his hero. ‘He was a better and bigger man for these exacting years of war, more of a man than ever he could have been in peace days.’ 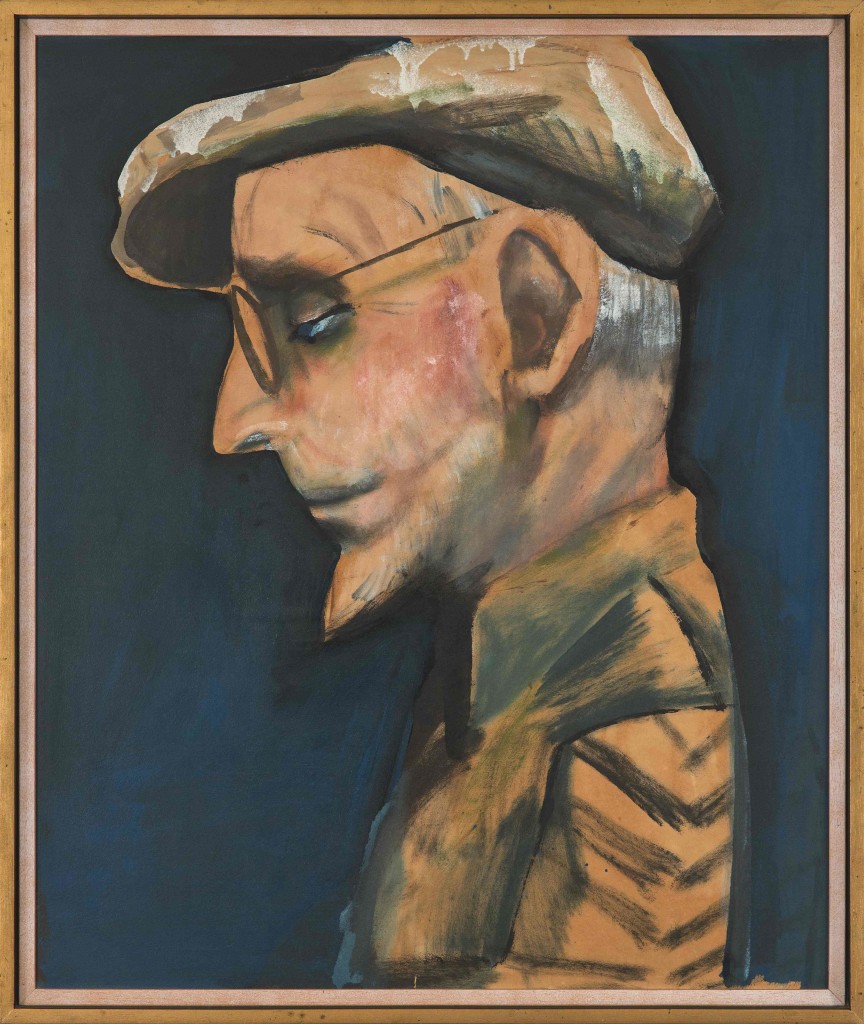 McKinney, who had married Judith Wright in 1962, died in 1966, at a time when Australian interest in World War I was reaching a low point. Only one year later, Angus & Robertson told Leonard Mann that they had no interest in reprinting his Western Front novel, Flesh in Armour (1932). At the Great War’s centenary these novels are well worth revisiting. (Flesh in Armour has also been republished.)

Unable to predict the current tidal wave of Australian military history, McKinney’s Crucible does get it wrong when it anticipates the historiography of World War I.

The bloody “victories”, in which Meadows and Green and Barclay and Rennet and hundreds of others whom John had known had died in filth and misery, would someday be glanced at by the impartial historian with, “The fighting continued during the winter… the situation remained unchanged at the end of the year”.

Crucible is a quietly patriotic, reflective and yet no less engaging story of the Australian experience on the Western Front. It offers a thoughtful antidote to the clamour of those who are hoping to cash in on the Anzacs, 100 years on.

Christina Spittel is a lecturer in English at the University of New South Wales, Canberra.