Carolyn Holbrook delivered this speech at the Melbourne launch of her book at Readings, Carlton, 2 September 2014. Stuart Macintyre also spoke. The book is reviewed by Frank Bongiorno.

I was a 22 year-old Arts student at UWA in the summer of 1992-1993 when I picked up a book by the journalist Caroline Jones. The book was a compilation of interviews from her ABC radio show, The Search for Meaning. There was one interview in that book that particularly grabbed my attention. It was with Manning Clark. I was enthralled.

As I recall it 20 years later, Clark spoke movingly about what I later realised was his great preoccupation: the inner life and its tribulations. Australian history was the backdrop for Clark’s existential search. The past for him was unashamedly a medium through which to make sense of the present. In his concern with moral questions, Clark was more like a priest than a historian.

Much to the consternation of my parents back in the early nineties, I had already discarded the law part of my Arts-Law course. Now I shelved plans to major in psychology and embarked on history honours—my thesis, of course, was on Manning Clark.

When I went to work in Canberra in 1994 I met Clark’s wife, Dymphna; Manning had died in 1991. Dymphna read my thesis and was very gracious about it, even though it was written in melodramatic, neo-Clarkian prose. I worried about how she would react to the criticisms of Clark that Richard Bosworth had encouraged me to include, as a counter to the admiration that poured from the pages. Dymphna told me not to worry, that she ‘was not an idolator’. Once I found out what ‘idolator’ meant, I felt comforted.

When Mark McKenna’s biography of Manning Clark came out in 2012, I understood why Dymphna was not an idolator. My views of Manning have changed over the years. I still admire the fact that he did not think, as many of his contemporaries did, that Australian history was trivial, that it could not be the medium for the great questions of human existence. But now I understand, in a way that I could not 20 years ago, that Manning Clark had feet of clay.

Nations create idols in the same way that individuals do.

The Anzac legend took root and thrived in early 20th century Australia. By recognising the martial baptism at Gallipoli, European Australians could restart their history at 1915. The convict phase and the possession of Aboriginal lands could be forgotten. As Marilyn Lake has shown, a casualty of this recasting of Australian history was the 13 years of progressive nation-making that had preceded the Great War.

Ken Inglis was the first to understand that the Anzac legend functioned in Australia as a kind of ‘civic religion’. He made that observation in the 1960s. Anzac Day combined the solemn remembrance of Good Friday with the celebration of new life on Easter Sunday. 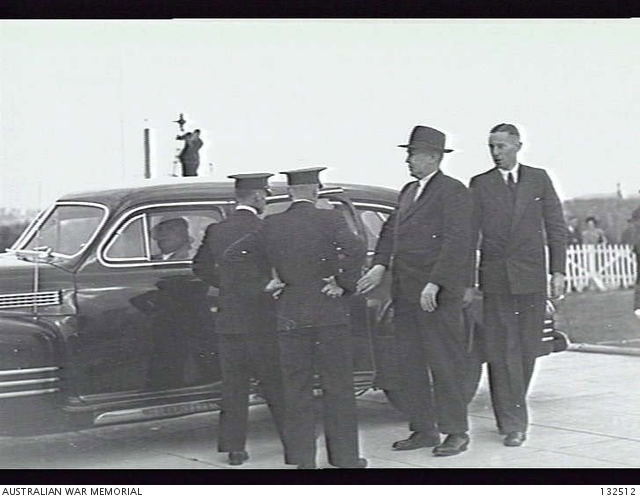 Anzac mornings were given over to grief and remembrance. Remember that from a population of just under five million people in 1914, 60 000 men never returned. That’s the equivalent of losing 300 000 of our population in today’s terms. But just as the death of Jesus gave new life to Christians, so the sacrifice of the young Anzac warriors gave life to the Australian nation.

In traditional Anzac commemoration, grief and mourning were always combined with pride in the martial performance of the soldiers. The Anzacs’ good showing in battle had given birth to Australian nationhood. This is what Australians of the Great War generation believed.

If Anzac commemoration in its first few decades had psychological resonance with institutional Christianity, I would argue that contemporary Anzac commemoration bears comparison with evangelism. It often seems too celebratory and unthinking, too detached from the emotions of the Great War and the moral lessons that arose from it.

I understand that there is a generational element to peoples’ attitudes to Anzac. Invariably, I find the most distaste for current Anzac practices among the Vietnam generation. And I find the least concern among the current generation of young people. My daughter told me recently that she sees nothing wrong with what happens on Anzac Day, or Australia Day, for that matter. I am from the generation in between – sceptical about Anzac, but without the visceral certainty of people a decade or two older.

Still, I think we have reason to be alert, if not alarmed.

Consider the amount of money that Australia is spending on the centenary commemoration, compared with the major combatant nations, Britain, France and Germany. The Australian Government is spending about $145 million. Britain and France are spending $90 million and Germany has allocated just $7 million.

So in a climate of Budget crisis, Anzac extravagance is good politics. But is it money well spent? And what other policies and values are being trafficked inside the Trojan horse of Anzac?

For instance, there is a blurred line between Anzac commemoration and the kind of showy nationalism that begins to smell a lot like jingoism. If you Google ‘Anzac merchandise’ you will find websites pedalling ‘Trenches of World War One oven mitts’ and ‘Gallipoli signet rings’—these same websites also sell Australian flag boxer shorts and ‘Aussie, Aussie, Aussie, Oi, Oi, Oi’ hoodies.

Perhaps it was inevitable that the celebratory strand of Anzac commemoration would take over, once it was untethered from its original custodians, the soldiers of the Great War. But our political leaders could do something to bring Anzac back down to earth. They could state the obvious—that Australia was not born in the trenches of Gallipoli, but at Federation in 1901. They could be bold enough to declare that Anzac commemoration requires dignified and reflective commemoration. They could resist the temptation to fan the flames of Anzac jingoism.

I wrote Anzac, the Unauthorised Biography to show that Anzac is, to borrow from EP Thompson, ‘a happening and not a thing’. We are in a dynamic relationship with memory of the Great War. And, as a society, we need to look at the war with a mature and civilised eye. We must dust off the Anzac idol to reveal its feet of clay.

Print This
Click here for all items related to: Anzac analysed, Centenary Watch, Expressing ourselves, Using and abusing history