Note: No. 16 in the series was updated on 7 November to include a short speech by Michael McKernan on the impact of conscription in Jugiong, NSW, and a paper by Frank Bongiorno on why Australians got so emotional about conscription – basically, on the ‘No’ side because they thought their freedom was being threatened. Updated No. 16 again on 16 November to include review of Archer et al., ed., The Conscription Conflict and the Great War.

A century ago, ten days after the conscription referendum (plebiscite), emotions were still raw. It was clear that the proposal had been defeated, although the final figures were not in. It was not clear what would happen next.

Leslie Jauncey, The Story of Conscription in Australia (1935) 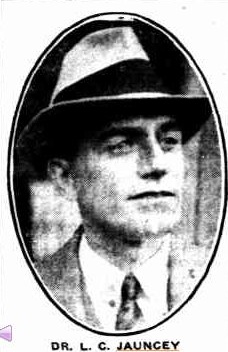 Eighty years after it was published, this is still the only single-author, book-length study of the 1916-17 struggle. Jauncey did not claim to be neutral about the result. (The following quotes are from page 217 of the 1968 edition.)

In the industrial districts people received the result with unbounded joy. In liberal and peace circles men and women hailed the vote as a hopeful sign in a world of hate and sorrow. The seasoned advocates of the Australian Freedom League and other anti-conscription societies were jubilant. The progressive forces of the Commonwealth had a won a significant victory in a democratic experiment never before attempted in a modern democracy.

Jauncey insisted this was not an anti-war vote.

(Honest History has put up a lot of material on Les Jauncey, who was an interesting character in his own right. There may be more to come, as the FBI works its way towards deciding on our researcher, Steve Flora’s, application for a look at Les’s FBI file.)

John Curtin reminds unionists that the battle is not over

John Curtin, later prime minister, was in 1916 secretary of the Trades Union National Executive, coordinating the labour movement action against conscription. On behalf of the Executive, Curtin put out a statement on 3 November 1916. He noted that ‘a tremendous vote has been recorded against compulsory training for service oversea’, with at least 45 out of 75 federal electorates recording a ‘No’ majority, and went on:

Comrades, the time for jubilation is not yet. The referendum is over, but the struggle to defeat conscription must go on until every possibility of its imposition on the Australian people has disappeared. For us to slacken off and regard the issue as ended would be suicidal, nay it would be the surest guarantee of our ultimate undoing, for the enemy has not yet abandoned hope …

While the Government of Australia is in the hands of conscriptionists there is no security that the democratic verdict will be upheld … The threat of dictatorship – whether by means of the War Precautions Act, a Hughes-Cook coalition, or the filling of vacant Ministerial portfolios with conscriptionist and expelled Labor politicians – has to be fought to the last ditch.

Meetings were being set up to continue the campaign.

The Brisbane Truth rubs other newspapers’ noses in it

The Brisbane edition of the Truth, published by John Norton – or probably his estate, since Norton had died of kidney failure in April after many years of alcoholism – claimed it was the only ‘general newspaper’ that had opposed conscription. The paper’s edition of Sunday, 5 November, included a long article under the heading ‘Press, parsons, politicians: a confoundedly curious conscriptionist combination’. The article began: ‘The splendid vote against conscription that was given by the electors on the 28th of last month was one of the greatest democratic achievements in the history of Australia’.

Some newspapers may have had misgivings about conscription but they got over them.

Apparently, the influence of the little coteries of capitalistic conspirators who hoped to supplant the independent white workers of Australia by a servile class of salaaming Asians was too strong for those daily newspapers who might, otherwise, have opposed conscription. Other newspapers made daily displays of ignominious ignorance or frantic blood-lust which, were pitiful or revolting to witness … There was an unholy compact between the press, the pulpit, and the politicians to sell the people into the slavery called conscription.

The piece went on to discount the (rather different) reasons offered by other newspapers for the result of the referendum. The piece was signed off by Samuel Albert (Sam) Rosa of Sydney, ‘socialist and journalist’, the Truth‘s leader writer and editor.