This post follows on from our earlier extracts from a long, undated (but circa 1994) essay by Rupert Lockwood (1908-97), another Australian internationalist, in which he reminiscences about Wilfred Burchett in Moscow in the 1960s. There is more on Lockwood in a recently completed thesis by Rowan Cahill. The thesis has a full bibliography.

These further extracts indicate the lack of trust felt by Soviet officials towards ‘foreign friends’ like Burchett and Lockwood and the commensurate caution exercised by these expatriates. Lockwood also records Burchett’s reportage of the Vietnam War. Other observers have taken a different view of Burchett’s role in Vietnam.

It is not Honest History’s primary intention to reopen controversies about Burchett or Lockwood but our publishing this material may encourage responses – which we welcome. Separately, we are posting a highlights reel from two representative pieces discussing Burchett.

The extracts here are taken (with some minor editing) from the version of Lockwood’s article reproduced by Rowan Cahill on his Radical Sydney blog. Phillip Deery also put an edited version up in the Labour History Society’s Recorder. There is a longer version lodged in the National Library of Australia. Honest History thanks Rupert Lockwood’s daughter, Penny, for bringing this material to its attention and for her help. 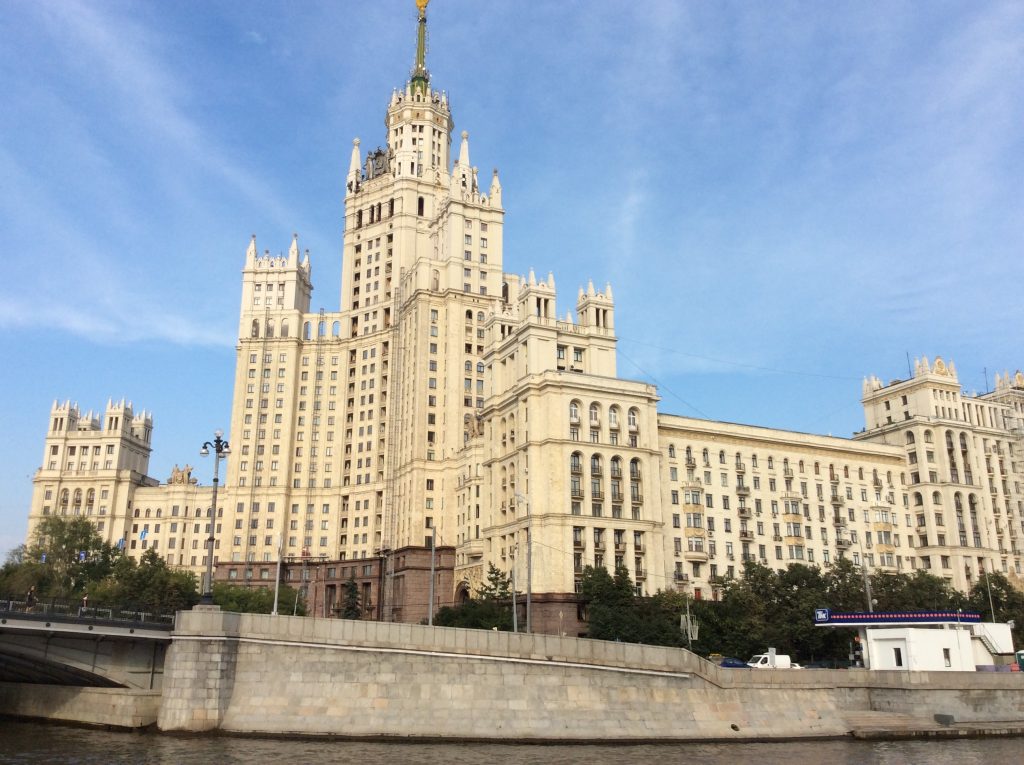 [Lockwood recalls the view from the balcony of the Moscow apartment he and his family took over from Burchett in 1966. He speculates about Burchett’s reasons for leaving Moscow in a hurry.]

Here in this fabulous setting Wilfred Burchett and family seemed to have been comfortably settled for life. He could converse with both Soviet and visiting academics, writers, artists, statesmen, and visiting VIPs. He could mix with varied nationalities: he spoke Russian, French and German fluently, could get around in Vietnamese and had smatterings of Chinese and East European languages.

Why then was he so desperate to get exit permits to catch that Aeroflot flight from Sheremetyvo airport and look down on Moscow for the last time. In Sydney, when he came for his ill-fated libel case hearing, he told me: ‘I got out of Moscow by the skin of my teeth’.

Burchett’s deviations from Moscow-sanctioned conduct were manifold. He refused to go along with the Soviet’s anti-Chinese line. He had deep affection for the Chinese people and their culture. The Vietnamese were using him as a kind of international diplomatic spokesman – a role that brought him an invitation to breakfast with US Secretary of State Henry Kissinger, who delivered to Burchett, as if he were a Vietnamese ambassador, instructions and threats to be passed on to ‘your friends in Hanoi’. The Russians began to regard Burchett, the Australian journalist, as some kind of usurper in the international diplomatic field.

Burchett was also too close to Prince Sihanouk and the Cambodians. Western correspondents in Moscow admitted to me that the Cambodian Embassy in Moscow had been leaking information to them about this.

Soviet spite and displeasure were evident after Burchett’s final departure. Any mention of Wilfred’s achievements and vast store of knowledge of world affairs brought stony stares from Soviet officials. American correspondents visiting Moscow, unaware of Wilfred’s exit, kept ringing on the tapped phone in the Vissotni Dom apartment. Burchett was held in great respect by many international journalists. These contacts with Western journalists would have added a few pages in indelible ink to the file in the KGB’s Lubianka headquarters on Dzerzhinsky Square.

In 1967 Burchett was invited to speak and show his latest Vietnam film to a conference of the International Organisation of Journalists, a Soviet-endorsed body, in East Berlin. Wilfred duly made the long and difficult journey from Vietnam to the East Berlin conference, ready with film and prepared speech. I was there as an observer. Wilfred waited, I waited, for the film and speech as the conference days wore on. No speech was made, no film shown. Delegates did not have to ask why. A Soviet veto on Burchett was obeyed by the East German organisers of the conference. Burchett began to look depressed at not being allowed to screen the premiere of his film on the latest fighting, personally shot at the battlefronts and in bombed towns. 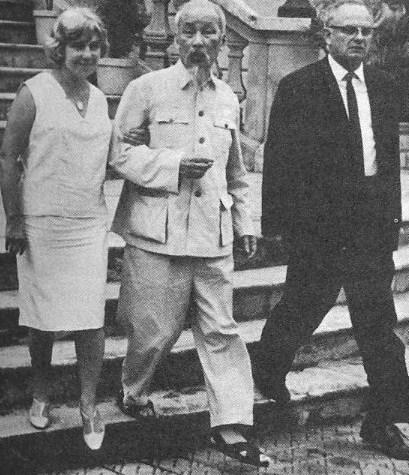 [Lockwood recalls his experiences during his three years in Moscow, including the close surveillance that he endured, as Burchett had before him. He had some distinguished visitors, as well.]

Yevtushenko [Russian poet], another party guest, rather liked my joke about the Soviet police, which I heard from girls in the local unisex hairdressing salon. ‘Why do our Moscow policemen always walk around in threes?’ Answer: ‘one of them can read, one can write and the other likes the company of intellectuals’.

[The offices for supervising international Communist Parties were in Nogina Square and they monitored Lockwood, as they had Burchett before him.]

The Australian and New Zealand departments worked in tandem. Both had been giving trouble because of Chinese influences. I was clearly beginning to fall out of favour with my contact in Nogina Square, Alexei Molchanov.

Molchanov’s crudities and assumptions towards me furnished an interesting reflection of where the Soviet Union and its “leading role” was heading, with Brezhnev doing his best to rehabilitate Stalin. The CPSU bureaucracy presumed it had a right to control the private lives of foreign Communists, just as it had taken control of the justice, education and other systems in Eastern Europe. Molchanov would have known about the guests at my parties, and Wilfred’s, from that tapped phone bequeathed to me by Burchett and the dezhurnaya (guard) on the door into the building.

Nogina Square’s censorship and occasional confiscations of my personal mail would have followed the same practices applied to Burchett’s mail. The Nogina Square apparatchiki did not think it good for my soul to associate with those not nominated and approved by them. But Burchett commanded far more resources and contacts than I, and he was not a Communist Party member. He had a much wider and varied circle of friends, not all of them on the approved list at Nogina Square either. Little wonder that Burchett felt there were disadvantages and insecurities that outweighed the privilege of that view of Catherine the Great’s barracks, Ivan Grozny’s nuptial church and the gold-leafed domes of the Kremlin.

Wilfred and Vessa [his wife] found no peace in Cambodia, which US leaders had started to bomb into the stone age. The CIA organised the overthrow by the Lon Nol US puppets of the legitimate Prince Sihanouk, thus opening the gates to the Khmer Rouge. Burchett at least made it clear that this was a mistake. Unlike those in the West, he was no Khmer Rouge supporter. He could just muster enough foreign currency to move to Paris.

At that stage it seems that he had nowhere to go in the Communist world: East Germany’s acceptance of the Soviet veto on Burchett at the International Journalists’ Conference would have served notice that he was persona non grata in Moscow. By 1972 he was declared persona non grata in Bulgaria – he had been denounced as a British spy. And to add to this a mountain of legal costs stood against his name after his disastrous libel suit in Australia. Although the accusations against him were rejected as slanderous by a NSW court in 1973, and charges against him could not be sustained, that did not yield him damages. 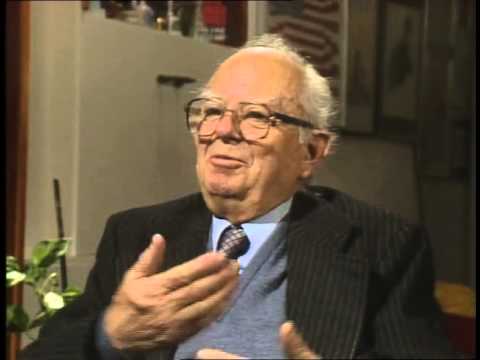 Burchett, c. 1983. This is an out-take from a John Pilger documentary. Pilger says Burchett ‘defies classification’.

Wilfred Burchett was an intellectual seeking better justice than that meted out to him and his family by the Australian government, which denied him his birth right of an Australian passport for 17 years. During that time he was refused entry into Australia to visit his dying father and for a second time to attend his funeral – shades of the Soviet AVIR exit visa behaviour.

Like many of us (including some of his detractors who were members of the CPA themselves), Wilfred was in the early days blinded in his quest for human rights. But what you don’t read about are his great achievements: he was party to the 1955 ‘ten principles’ of Bandung on human rights and peace agreed by 29 Asian and African countries; he was the first Western journalist into Hiroshima after the A-bomb was dropped on that city, sending reports and photos around the world, much to the chagrin of Western powers who wanted to play down its impacts on civilians; he warned about the Khmer Rouge when in 1970 Prince Sihanouk of Cambodia was overthrown in a CIA-backed coup.

Sihanouk is now [1993] again King of Cambodia, but at what price? Millions died in the US-imposed war, in US carpet bombings and the ensuing Khmer Rouge genocide. Wilfred also brought to light for the world some of the atrocities being committed in Vietnam during the US war on this country.

As with many non-conforming writers of the Cold War era, just about anything can be said of Burchett without fear of libel awards, particularly now that he is dead. In the building of the Burchett mythology, it is not necessary to “see” or produce acceptable documentation. Perhaps as the years pass and documents are dusted off, Burchett will, like so many of his generation, be rehabilitated long after he was consigned to a distant grave.