Online gem No. 6: Selected political records of the Commonwealth Parliament

Any week when the Australian Parliament is sitting brings a sharpened focus on the House on the Hill, even for those Australians who do not live within sight of it. The current week is a good example, with the retirement of two senior ministers announced, as well as possible other changes.

As well as supporting members and senators, the Parliamentary Library tries to make the workings of parliament and the characteristics of its denizens more accessible to the rest of us. A particularly useful and interesting document in this regard is Selected Political Records of the Commonwealth Parliament by Martin Lumb and Rob Lundie of the Parliamentary Library’s Politics and Public Administration section. (There’s a choice of two convenient formats.)

Among the gems in this gem are an item about the youngest person elected to the Parliament (Wyatt Roy, who is still there) and one about the youngest prime minister (JC Watson, who is not), one about the largest number of bills passed in one year (264 in 1992) and the smallest (12 in 1907), some items about record suspensions and suspendees (the most recent former Speaker does not feature) and a linked article about what counts as disorderly conduct. This edition is up-to-date as at March 2014 and it is updated occasionally.

Lumb and Lundie’s publication is a good introduction to the sorts of information that can be found by going to aph.gov.au and the parlinfo treasure trove that hangs off it. The authors have saved us from doing research in some areas but there is plenty more to become immersed in. The maiden speeches of members and senators are a good place to start: go to here and work down to, for example, Andrew Robb, Warren Truss and Stuart Robert. 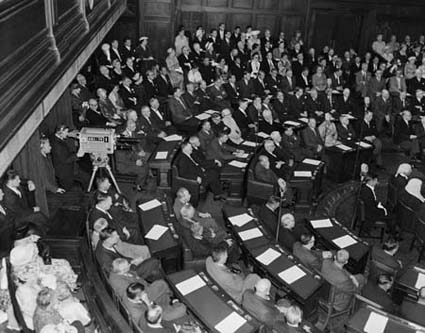