We have collected lots of links from home and abroad on the recently aired (but perennial) issue of statues, monuments, memorials, remembering and forgetting. You can find them here, under the heading ‘The past, choosing our history, and memorials: an issue in Charlottesville and many other places’. 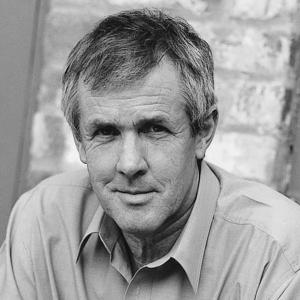 Today, there appeared two further items. Veteran writer and commentator, Don Watson, had a short note in The Monthly, titled ‘What should we do with Captain Cook?‘ Watson looked at the US problem with the Lost Cause and related irritants, before moving on to the Great Navigator. He looked at some of the reaction to the defacement of the Cook statue in Sydney, some of the form of those who reacted, and the Australia Day issue.

Watson’s solution seems eminently sensible, though he is not the only commentator who has proposed something of this ilk:

Whether they are in Alabama, Australia or Trafalgar Square, the problem with memorials is that they freeze history – and knowledge – in its tracks. They perpetuate the myths that at once sustain us and, with the connivance of our leaders, keep us stupid and obedient. One solution might be to have many more. Wherever Cook stands, erect one to Bennelong or Truganini adjacent, or to an Aboriginal group. Where it is inscribed that Cook “discovered” this territory, add the rider that he discovered it for Britain. And not too far away let it be known that ancestors of Australia’s Indigenous people discovered this territory at least 60,000 years earlier.

Then, there was TV journalist and author, Tracey Spicer, who asked this very good question in Fairfax late last week: ‘Why aren’t more women immortalised in stone?’

Only three per cent of public statues in Australia honour non-fictional, non-royal women [says Spicer]: the vast majority are of dead white men. Of course, many gave their lives to protect ours, and they should be venerated. But I think it’s telling that the Australian Servicewomen’s Memorial, dedicated to “all women who served, suffered and … died in the defence of Australia”, is an abstract sculpture.

Spicer asks some other important questions: are statues artistic statements or political ones? what about getting rid of outdated ideas as well as outdated statues? how about making more of the statues of women we have already? are there better ways to remember important women than freezing them in stone?

As for a summary of this complex set of issues, we couldn’t go past the offering of American historian, Eric Foner: ‘Forgetting some aspects of the past is as much a part of historical understanding as remembering others’. The point though is to look at why we forget and why we remember.