More on the Australian pilgrimages to Gallipoli, 1960 and 1965

In Honest History’s work on the provenance of the alleged ‘Atatürk words’ of 1934 (‘Those heroes that shed their blood …’), we have found isolated instances of the words being used during the years between the Şükrü Kaya 1953 interview (published in the newspaper Dünya) and the 1978 publication of İğdemir’s booklet, Atatürk and the Anzacs. This note provides further information about the Australian pilgrimages to Gallipoli in 1960 and 1965. (Separately, we have written about the arrival of the words in Anzac Parade, Canberra, in 1985.) 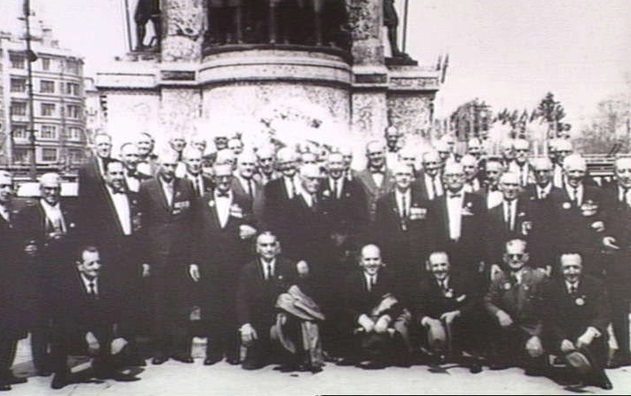 We wrote about this expedition last year, reporting that Bill Yeo, president of the New South Wales Branch of the then RSSAILA, led a large group to Gallipoli in 1960. Nearly four years later, Yeo recited to a Brisbane journalist, Oliver Harvey of the Courier-Mail, a version of the Atatürk words which Yeo described as ‘a special message from the Turkish Government’ that had been given to the pilgrims.

Oh heroes [the message ran], those who spilt their blood on this land, you are sleeping side-by-side in close embrace with our Mehmets. Oh mothers of distant lands, who sent their sons to battle here, stop your tears. Your sons are in our bosoms. They are serenely in peace. Having fallen here now, they have become our own sons.

(The ‘special message’ included no reference to Johnnies and Mehmets being equal; that also had a Brisbane connection but that was later still, in 1978, with the collaboration between İğdemir and Alan J. Campbell, Gallipoli veteran, of Brisbane. These words are: ‘There is no difference between the Johnnies and the Mehmets to us where they lie side by side here in this country of ours’. They amount to a highly significant – and implicitly political – gloss.)

We were puzzled that Yeo did not include the Atatürk words either in his typed report of the pilgrimage late in 1960 or in his presidential report to the NSW Branch Conference in 1961. We wondered how Yeo could have left out something as significant as a message from ‘Father Turk’ himself. The answer seems to be that Yeo left the ‘colour’ reporting to his wife, Eileen, who sent reports back to the Branch journal, Reveille. In one such report, in Reveille, June 1960, Mrs Yeo said this about the pilgrims’ day at Gallipoli:

A wonderful address of welcome was made by Capt. Akomer, during which he said … “I have difficulty in expressing our sentiments adequately, and I would quote what was said by Ataturk himself … Upon an occasion, he sent a deputation with a special message, in which he said: ‘Oh, heroes, those who spilt their blood on this land, you are here sleeping side by side in close embrace with our Mehmets. Oh, mothers of distant lands, who sent their sons to battle here, stop your tears. Your sons are in our bosoms. They are serenely in peace. Having fallen here now, they became our own sons.'”

Apart from a couple of insignificant differences (possibly due to the journalist Harvey’s transcription errors in 1964) those words are identical to what Harvey heard from Bill Yeo. Mrs Yeo’s report provides no help, however, as to where and when the words are supposed to have fallen from Atatürk’s lips. Captain Akomer’s phrase, ‘[u]pon an occasion’, doesn’t help much. It makes the ‘special message from the Turkish Government’ of limited value as historical evidence. 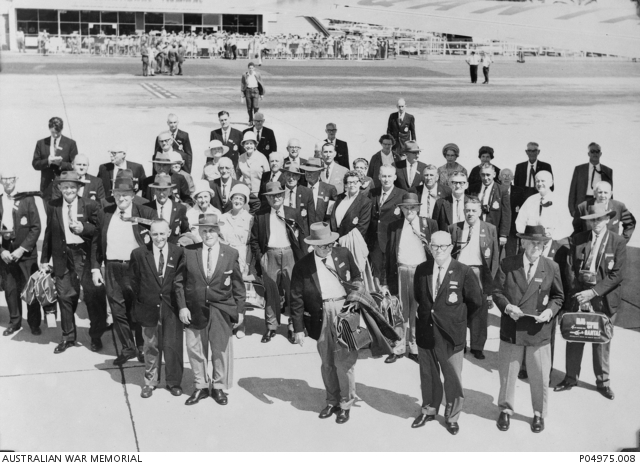 Ken Inglis, then a young historian, accompanied a group of pilgrims to Gallipoli in 1965, writing movingly about it in the Canberra Times. His articles were reproduced as an e-book last year and again in the Australian War Memorial’s journal Wartime, with the assistance of Kate Ariotti. (There is film of the 1965 pilgrimage.)

Inglis missed or did not record, however, an incident noted by the Australian Associated Press reporter, Norman MacSwan, and reported in the Adelaide News on 26 April (not available electronically):

As the pilgrims boarded the buses for the long drive back to Gelibolu they read a message from “The Father of Modern Turkey,” Kemal Ataturk, who commanded a great part of the defending force during the Gallipoli campaign. It said: “Mothers of distant lands who sent their sons to battle here, stop your tears. Your sons are in our bosoms. They are serenely in peace. Having fallen here now they become our own sons.”

Despite MacSwan’s deft grab, Atatürk’s pronouncements lacked in 1965 the weight they later gained. MacSwan’s report for AAP appeared in the Canberra Times on 26 April but said nothing about Atatürk’s ‘message’. Nor did Inglis’s longer story in the same paper the next day. George Davis referred to the AAP-Adelaide News report in his 2008 University of Otago doctoral thesis (p. 286, note 80) but it seems not to have been picked up by other historians.

There is more to be said about the cameo appearances of the alleged and elusive ‘Atatürk words’ during the 1960s but that story can wait for another ‘occasion’. As for why Honest History spends so much time on this relatively small part of the whole Anzac story, our answer is simply that the words have been described by reputable judges as the single most frequently quoted piece of writing about Gallipoli. They will be recited many, many times again this year, often by school children, and they will, as always, provoke emotional responses. So it seems important to be as sure as possible about where the words came from. That is, if we care about the difference between myth and history.