Andrew Fisher left the Australian prime ministership on 30 October 1915 and, with his family, travelled to London to take up the position of High Commissioner. Passing through Paris late in January 1916, Fisher was interviewed by journalists. A Fisher biographer, David Day, says little about this speech but it is worth noting for what it reveals about official Australian attitudes to the war at that time and for the hints it drops about Fisher’s personal views. The speech was widely reported in Australian newspapers and the highlights here are taken from The Argus (Melbourne) for 31 January 1916. 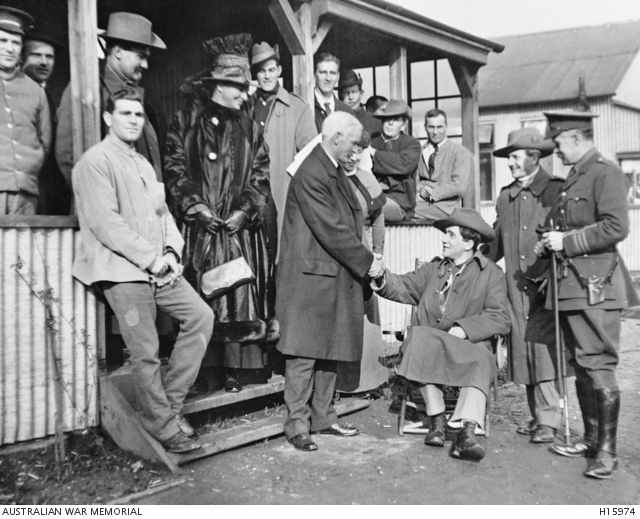 Our men’s work at Gallipoli was nothing more than expected [said the former prime minister]. We are a proud people, physically strong, and accustomed by daily work to bearing pains and risks. Those [Australian soldiers] I saw the other day along the Canal looked hearty and jolly.

Unity on the home front

We are a united people [said Fisher]. There is no party, and no serious difference of opinion regarding the war. Australians look upon it as being as much their war as Britain’s, since it was provoked by an attack on a self-governing people [Belgium] … A few fine spirits maintain the Australian Peace Society[1], but there is no national division on the war. The spirit of equality and adventure in Australian life has helped recruiting, which has been wonderful, and our women have done their part. There are no doubts about carrying on the war.

We are certain that when Australian opinions are expressed they will be heard, and, when heard, they will be considered. We do not wish to criticise or question the acts of those responsible for the carrying on of the war. Some day we may have something to say, but the time has not yet come when matters incidental to the war can be discussed. At important points an Ally is usually consulted. Meanwhile, we are with England to the end, in men, money, heart, and arms …

Australia’s spirit since the war has been splendid. She has had no thought but to see the old country through. One needs to go to the colonies to see what patriotism means. There is no end to the volunteers for active service. They have come from sheep farms in the backblocks, eager to enlist. Thousands have gone to the front, and thousands are on the way. More, again, are preparing. Australia is all right.

Germans under the Southern Cross

There are, perhaps, 50,000 German-born citizens in Australia, and they are quite good Australians. Many of them left their birthplace because they could not tolerate its political conditions. For that matter, I would not give a halfpenny for any sort of man who is easily induced to fight against the land of his birth.

War economy and after

Fisher said the economic effects of the war on Australia had so far not been serious. War Loans had raised money successfully. He envisaged a flow of immigrants to the Dominions after the war, as well as new trade agreements across the world. There needed to be good facilities for travel as well as cheaper cable services ‘as the most valuable tie between the mother country and the Dominions’.

Mr. Fisher said that the war had not materially interfered with Australia commercially. Australia’s overseas trade was determined more by seasons than by wars. The diminution of transport had lessened her exports, but prices were higher, and Australia was not grumbling on the score of trade. There had been no great embarrassment financially. Help by the banks and the British Government had supplemented the reserve of the national note issue, which had been made in co-operation with the private banks. The price of living had advanced, but not more than in other countries.

Media verdict on the new man in London

The Paris correspondent of the “Daily Chronicle” says that “Mr. Fisher, though greyer than in 1911, is the same upright, wiry, and virile figure, and seems to bring into the old European world a breath of healthy air. His coming reminds us that Australia has given thousands of her best lives, not for the love of warfare, but because she will not tolerate the menace to her old home.”

Day takes up the story (page 361). When Fisher arrived in the Home of Empire, the Daily Chronicle’s scribe, one Keith Murdoch, wrote him up handsomely, saying he ‘represents that Australianism which was the real inspiration of Anzac, and for which we ask ample room in the Empire’. Murdoch added that Fisher’s coming to London heralded ‘a new force working for the stern and unbending prosecution of the war’.

Day (page 342) points out that Fisher was not keen on conscription, so that aspect of ‘unbending prosecution of the war’ must have been a trial for him, even from a distance of 12 000 miles, as the conscription struggle occurred in Australia. Day (page 374) deduces that Fisher felt the first conscription referendum campaign was a creation of conservatives for political purposes. 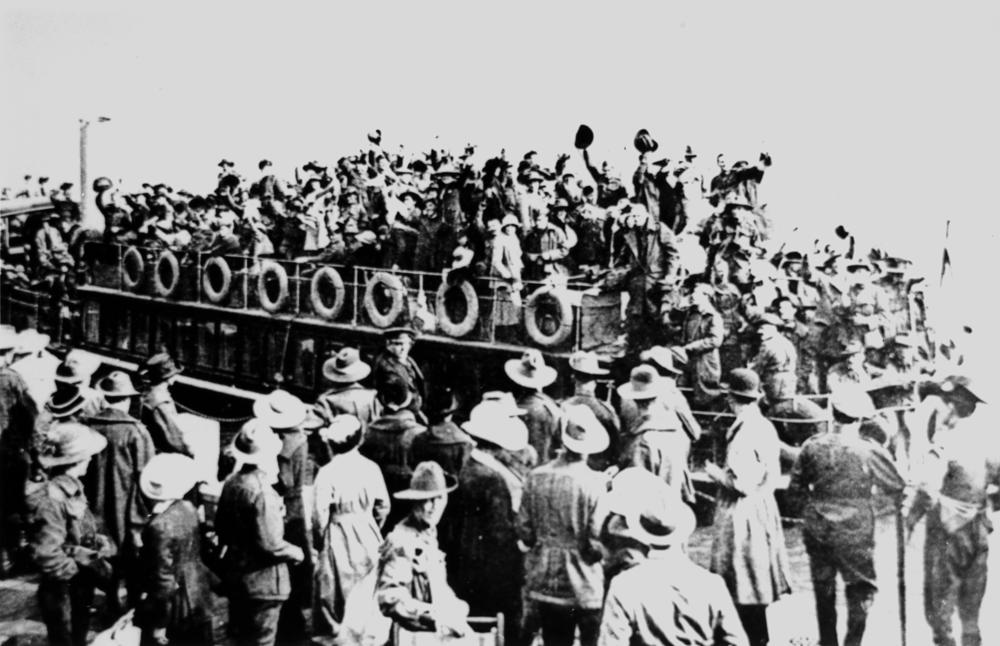 There is a hint also in the Paris interview references to consultation that Fisher had not been happy with some aspects of his role as one of the King’s Dominion prime ministers. On the day of his arrival in London, Fisher spoke to The Times. After repeating Australia’s readiness to do its part in the war, he said this and it was reported in The Times on 31 January:

The Imperial Government is in charge, and for another authority to criticize would do no possible good, while it might do infinite harm. Our job is not to talk, but to act, and we are acting in the way that we believe to be most helpful.[2]

Fisher again mentioned the morale of the Australians he had met in Paris (‘as merry as sandboys, in spite of that Gallipoli business’) and his opinion of the British soldier (‘a splendid fellow – splendid, splendid’). And yet, something was wrong with the balance between Australians and British at higher levels.

After further remarks, the High Commissioner took his leave. ‘And so his train bore Mr Fisher away out of London’, said the man from The Times, ‘where a dim half-foggy twilight was already closing in …’ Andrew Fisher: team man but team man with some misgivings.

[1] Fisher may have meant the Melbourne Peace Society, founded 1905, and/or similar groups in other cities. Hilary Summy has written on peace movements from 1900 to 1960, particularly the role of women therein.

[2] The Times reported two other Fisher speeches as he was feted by British politicians and soldiers: Empire Parliamentary Association; Australian Agents-General. (Need to login to Times Digital Archive through National Library of Australia.)

One comment on “High Commissioner Fisher talks up the war, January 1916: highlights reel”