They shall grow not old,

as we that are left grow old:

Age shall not weary them,

To keep their minds

nor the years condemn….

Recklessly sent so many

At the going down of the sun

As it always does

and in the morning

We will remember them.

The cries of their loved ones

The people who did

What they were told

Of no more use 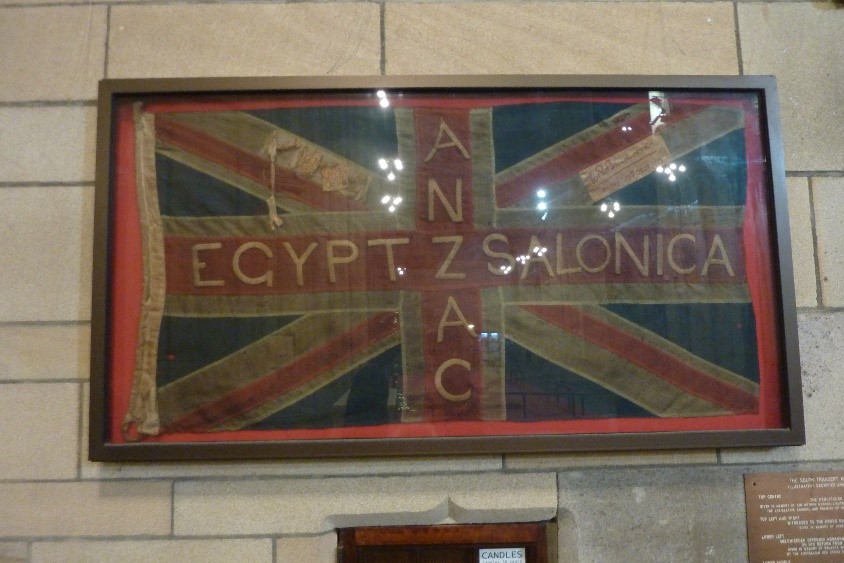 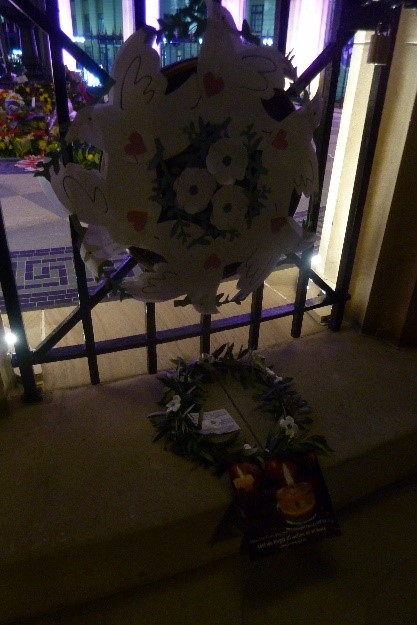 (Left) ANZAC Union Jack circa 1916, St John’s Anglican Cathedral, Ann Street, Brisbane – tells you whose war it was, not Australia’s.

(Right) A wreath of white poppies on Brisbane’s Cenotaph, placed by opponents of war celebration as a reminder of the violent deaths of thousands of Aboriginal people who defended their land in the Bush Wars. (photos: Willy Bach)

Footnote: 26 April 2015, after an Evensong at St John’s Cathedral, Brisbane. Recasting the words of the famous excerpt from Robert Laurence Binyon’s poem, ‘For the Fallen‘, written in mid September 1914, a few weeks after the outbreak of the First World War.

They shall grow not old, as we that are left grow old:
Age shall not weary them, nor the years condemn.
At the going down of the sun and in the morning
We will remember them.