Worried about Russia? Four recent articles provide food for thought – for Australians, too

Thoughtful Australians have been keeping an eye on the South China Sea for some time. Honest History has tried to keep up.

Today, it’s worth cocking an eye towards Russia also, more than a century after Australians watched the then Czar of All the Russias lose out to the rising power of Japan. An article in Reuters draws attention to very recent events (‘Britain, U.S. sending planes, troops to deter Russia in the east’) and there is a piece in the Guardian today also (‘Nato and Russia playing dangerous game with military build-up’). Russia, says the Guardian, has domestic worries which might make foreign adventures attractive. In response, Nato wants to send, we are told, ‘a robust message’.

Closer to home, three articles in John Menadue’s Pearls and Irritations blog turn expert eyes on Russia and what might happen next. ‘Putin’s foreign policy has been shaped’, says former senior diplomat Richard Butler, ‘by three main determinants: betrayal by the West; a determination to re-establish Russia as a global power, unable to be ignored; populism – the belief that such policies will be strongly endorsed by the Russian people and keep him and his friends in power. Butler also writes about the dangers of ‘mutual incomprehension’ between Putin and Western leaders and the implications of this.

Then there is an article by Ramesh Thakur headed ‘The slide to war with Russia’. While the Guardian piece noted above suggests what we are seeing is posturing and positioning as much as sabre-rattling, Thakur is less sanguine. He asks: ‘Are the two countries [Russia and the United States] sleepwalking into a war that could cross the nuclear threshold – remembering that those sleepwalking are unaware of it at the time?’

Thakur has some views about the nature of the problem:

The threat of war comes less from Russian revanchist or imperial ambitions and more from the US insistence that no other power must have the economic resilience and military capability to resist Washington’s will, anywhere. Rooted in the triumphalism of US supremacy in the post-Cold War unipolar moment, this is both unsustainable and increasingly risky as US primacy wanes against the steady accretion of economic, military and diplomatic power by China and Russia’s recovery.

The implication for Australia is clear, says Thakur:

[W]here formerly Australia’s US alliance guaranteed our security, today it can also multiply threats to our security. This does not mean Australia has to shed its alliance. It does mean Australia must outgrow the psychology of client dependency and decide on issues of war and peace in different theatres through an exercise of independent judgment.

Ramesh Thakur is a former Assistant Secretary-General of the United Nations. John Menadue and Richard Butler are among Honest History’s distinguished supporters. 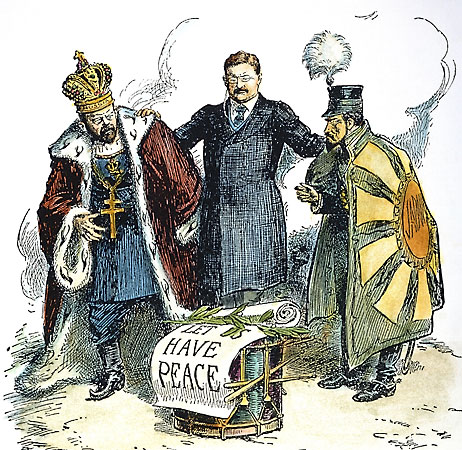 Things were different then: President Theodore Roosevelt tries to sort out a peace between Russia and Japan, 1905 (Britannica/The Granger Collection)