West, Brad: What is the danger of corporate sponsorship of the Australian War Memorial? For one thing, it can undermine military professionalism

‘What is the danger of corporate sponsorship of the Australian War Memorial? For one thing, it can undermine military professionalism’, Honest History, 22 April 2022

The potential renewal of the sponsorship deal between the international arms manufacturer Lockheed Martin and the Australian War Memorial (AWM) is again sparking controversy and criticism of this institution that has previously been considered one of the nation’s most sacred places. 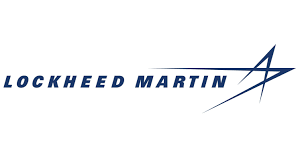 The expansion of AWM corporate ‘partnerships’ with global defence industry ‘primes’ – which has also included sponsorship from BAE Systems, Boeing and Thales – has been heavily criticised in recent years. The critics have linked these funding arrangements with plans for a significant extension to the Memorial building to allow for large military hardware to become a more prominent part of the visitor experience.

Such issues are typically connected to war ethics. The problem with this approach, however, is that it becomes all too easy to frame the controversy in philosophical terms and to fail to acknowledge some concrete consequences.

The current Director, Matt Anderson, has defended the sponsorship the AWM receives by arguing that it allows for ‘exhibitions and programs that could not otherwise have been delivered without third party funding support’. Anderson emphasised that this includes a recent initiative that profiled contemporary veterans talking about the ‘consequences of their operational service and the personal impacts of deployments’.

This argument echoed his predecessor and recently appointed AWM Council member, former Coalition minister and former AWM Director, Brendan Nelson. Nelson had previously claimed that the proposed expansion of the Memorial will allow for a fuller representation of recent conflicts and that this helps treat post-traumatic stress among contemporary veterans.

Anderson’s argument for corporate sponsorship, however, fails to appreciate how easily in the contemporary age national symbols and remembrance traditions can become symbolically polluted. As the late British cultural anthropologist Mary Douglas reminds us, the root of holiness literally means to ‘set apart’, whereby the sacred is necessarily kept distant from the mundane or everyday. 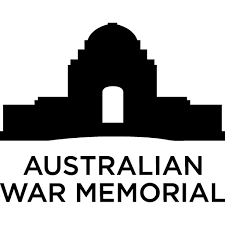 For many this would not seem to be a problem, as it is now common to view nationalism as always bad. Scholars have increasingly pointed, however, to the way in which nationalism is an avenue for progressive politics, including defending equality in social welfare and education systems,  multiculturalism, humanitarian aid, and environmentalism.

The AWM’s embrace of corporate partnerships is not unprecedented, with organisers of the First World War Centenary in Australia, initially through the Anzac Centenary Commission established by the Labor federal government, considering it ‘essential that strong ties are built with the corporate sector to ensure that appropriate mechanisms to help identify support and collaboration opportunities are developed’. The AWM would do well to note how this strategy periodically saw the Anzac Centenary subject to commemorative failures, public outrage and scandal.

Research I have been leading into the difficulties experienced by contemporary veterans in finding meaningful employment points out exactly how symbolic pollution can emerge from the AWM corporate partnership strategy. For example, in one research interview a former soldier, without any prompting on the subject of remembrance, discusses the disgust that he felt when, upon visiting the AWM for the reunion of his unit, he came across sponsorship from a company by whom he was previously employed but from which he was the victim of unfair dismissal due to military service-related mental health conditions. In the veteran’s own words: 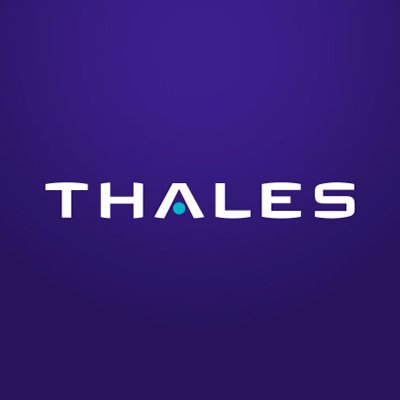 To give you an example of the sort of thing that really upsets me, last year, I went to Canberra for my 30th reunion of our graduation from the Defence Academy, and basically, we had a cocktail party at the War Memorial, and as you go wandering around the War Memorial, you see all of the big corporate sponsors … And one of them was, well we thank [name of company] for supporting Australia’s veterans. And I had a very visceral response to it, I wanted to rip it off the wall, because I feel the War Memorial is my place, it’s my safe space, and it belongs to every other veteran. Okay, and sure they gave money, but these people who treated me so badly at a time when I needed support, which I asked for, and asked for, and asked for, but didn’t receive, I felt that they’d invaded my safe place … the place for veterans.

Not all veterans will have had such negative corporate experiences. However, the case points to the problem of linking Australia’s military tradition and, by extension, its national identity, with for-profit companies.

The dangers of symbolic pollution emerging from corporatisation are not limited to remembrance. In fact, it can be argued that this shift in remembrance is a mere reflection of quite recent radical changes to military organisation and professionalism in Australia. As Australia attempts to mobilise and enhance its defence capability in the context of a greater threat environment, the Australian Department of Defence is closely connecting defence capability with the implementation of their One Defence model.

First outlined in the influential 2015 First Principles Review, One Defence aims to achieve greater levels of integration and streamlining across the military, public service, and industry. While One Defence was first framed in relation to procurement, it has now taken on a meta role, broadly being applied to operational reform and military organisation.

The problem is that One Defence is often less about greater operational synergy between Defence and other sectors of Australian society than arguing that Defence is ‘inefficient and slow’, something the First Principles Review saw as an inherent quality of a ‘non-commercial approach’. From this perspective the only solution is an unshackling of tradition, an embrace of market logics and the championing of individual enterprise. As a result, in recent years we have witnessed an unprecedented outsourcing of work previously undertaken by people in uniform.

Changes to warfare and advances in technology mean that industry and defence in Australia will need to develop stronger working relationships. However, this needs to occur in ways that mean not only do we avoid a loss of good governance, but so that military traditions related to service and sacrifice do not become the metaphorical baby that gets thrown out with the bathwater.

It was the founding scholar of civil-military relations, Samuel Huntington, who linked defence capability to the maintenance of the ‘military mind’, that those that serve in the armed forces and are willing to put their life on the line require an environment that is different and removed from the civic culture that emerged in the second half of the twentieth century and the socio-economic or political trends that otherwise shape society.

In contrast, Australian military personnel must now officially attempt to ‘live out’ the values of the Australian Defence Force through behaviours that frequently echo corporate rhetoric, such as being ‘adaptable, innovative and agile’. To defend military tradition in this environment too easily is understood as confirming the critique that Defence is ‘change resistant’ and can be cast as an impediment to achieving national security.

We must be critically aware, however, that the corporate sector does not abide by the same moral codes and necessarily has different vested interests to Defence. To fail to appreciate this lesson risks undermining the very idea of military service and sacrifice at a time when we may need it to be called into action.

*Brad West is a sociologist at the University of South Australia a Faculty Fellow in the Center for Cultural Sociology at Yale University and the founding co-Director of the Military Organisation and Culture Studies Group (MOCS). His new book,  Finding Gallipoli: Battlefield Remembrance and the Movement of Australian and Turkish History (Palgrave Macmillan), will be released this month. He published this in The Conversation in 2017 with Ayhan Aktar and this in The Conversation in 2018, again with Ayhan Aktar.