For the last three years, Honest History has tracked media (mainstream and not) articles and research-based reports on inequality, its multiple causes and manifestations. The Honest History Book also focused sharply on inequality, given what seemed to us to be the sharp divergence between Australian egalitarian rhetoric and the Australian reality of recent years.

We have ruled a line under our Inequality ‘thumbnail’, partly because so many of the reports we linked to seemed to be repeating themselves (or at least overlapping) about the nature of the problems, without offering much by way of policy solutions. Now, the World Inequality Report for 2018 is a suitable marker for where the world stands in relation to a set of issues which goes way beyond Australia and our history.

The Report is put together by an international team of economists, among them Thomas Piketty. It presents findings on the direction of inequality internationally, the links between capital ownership (public or private) and inequality, and the future of inequality and how it might be dealt with. 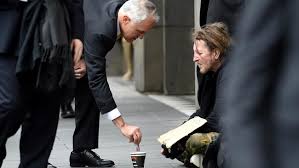 Some key points in the Report were summarised in a Guardian article:

The richest 0.1% of the world’s population have increased their combined wealth by as much as the poorest 50% – or 3.8 billion people – since 1980 … [I]nequality had ballooned to “extreme levels” in some countries and … the problem would only get worse unless governments took coordinated action to increase taxes and prevent tax avoidance …

“The top 0.1% income group (about 7 million people) captured as much of the world’s growth since 1980 as the bottom half of the adult population,” the report said. “Conversely, income growth has been sluggish or even nil for the population between the global bottom 50% and top 1%.”

For related material, see this on the past and future of international tax minimisation schemes.