I wish I still had that very old Disney comic that showed ducks in raincoats on a beach, hiding one behind the other under a jetty, all peering around the pylons through binoculars. Even before I understood the perennial question, ‘who will guard the guardians themselves?’ I found the idea of spies, counter-spies, and counter-counter spies absurd.

David Irvine does too, he admits, in an interview edited in Frank Moorhouse’s new book. But as Irvine prepared to retire as Director-General of ASIO, he candidly told audiences around Australia how threats to our security were so serious that they kept him awake at night. Then he reassured them with examples of how ASIO was protecting them. I was reminded of a former employee of the US National Security Agency who joked to an audience in Washington that the job of the NSA was to scare people so they would go on paying for it. Australians pay vastly increasing amounts for ASIO (compare with earlier years). 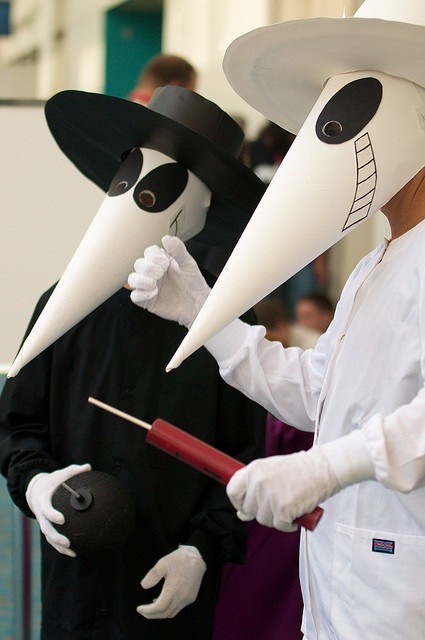 Shortly before Irvine retired, ASIO and the AFP deployed more than 800 officers in night-time raids on houses in Sydney and Melbourne, which resulted in several arrests but just one prosecution. Was this a fishing expedition that failed, a training exercise, a tactic to scare would-be terrorists, or an anticipatory demonstration of ASIO’s and the AFP’s need for even more powers, which were soon to come before parliament? It may have been all four. We cannot know, because the raid was one of many activities about which we have few details and ASIO is exempt from Freedom of Information applications.

Two other possibilities: either we are paranoid, or we have learnt from 1949 of enough egregious stuff-ups not to trust ASIO. Moorhouse supplies a list of these, and Meredith Burgmann’s 2014 collection, Dirty Secrets: Our ASIO Files contains more. An agency screened from public scrutiny, no matter how well-intentioned, will inevitably develop contempt for those outside its select community, even while it owes its existence to the public and is tasked to protect them.

Irvine, Moorhouse points out, sits on the Council of the National Archives and Irvine’s former deputy at ASIO is the Archives’ Director-General. The Archives, Moorhouse observes in one of the most disturbing sections of his book, are the only historical record the public has of the workings of ASIO and our five other intelligence agencies. Yet ASIO can refuse requests for release of files on grounds of ‘national security’, even after the normal 25-year withholding period is over. ASIO can destroy information and can decide which of its records to make available to the Archives. In practice, Moorhouse says on page 219, that means none.

So what, after communism, does ASIO now protect us from? Terrorism, of course, and extremism or fanaticism, we are told. These labels are loose enough to provide the national security agencies with the ill-defined enemy necessary for the agencies’ perpetual operation. The agencies appeal to moral panic. Terrorism is already ‘the new normal’, according to Dick Cheney. It is an intractable threat that, Moorhouse observes, seems to excuse democratic governments behaving as badly as some terrorists. Yet in the fifty years to 2005, less than 1000 Australians died from wars and terrorism (Moorhouse cites Paul Sheehan), while 134 548 deaths on Australian roads were not considered a threat to national security. Moorhouse lists nine ‘terrorist’ incidents in Australia since 1970. By my count, of the four deaths that occurred, only one did not involve the security agencies themselves.

ASIO has for long had a negative reputation among Australians old enough to remember the Cold War, to have seen their file, and to know if they lost a job, a promotion, or a government grant because of its contents, accurate or not. Younger Australians, however, may approach Moorhouse with reasonable, contemporary questions: if I have nothing to hide, why should I fear ASIO surveillance? If others plan acts of violence, shouldn’t ASIO intercept them by whatever means? If national security is endangered, isn’t it appropriate to reverse the onus of proof onto the suspect? Doesn’t ASIO need to operate in secrecy?

I hoped for answers from Moorhouse’s book, following his prizewinning Griffith Review essay, ‘The Writer in a Time of Terror’ (2006-07). I found a discussion of what he calls ‘the dark conundrum’, the sly behaviour of a democratic government that contradicts its own espoused values, justifying behaviour of dubious legality in the name of political necessity and national security. Since Vietnam, this has become increasingly obvious to most alert Australians. Moorhouse doesn’t mention the much more troubling ‘special intelligence operations’, about which Australian citizens are not allowed to ask questions and which journalists can be jailed for unwittingly revealing. He doesn’t refer to ‘the deep state’, a linked intelligence community in the Anglophone countries that, according to Canadian author Peter Dale Scott, operates as an unchallengeable, permanent authority in parallel with impermanent governments. He doesn’t cite Glenn Greenwald or Jennifer Robinson, whose views on private ownership of information would illuminate his conundrum. He admires the leakers Manning and Snowden, but calls Assange a hacker. In fact, WikiLeaks does not hack, but publishes information leaked to it, just as the news media do (and some of them hack). 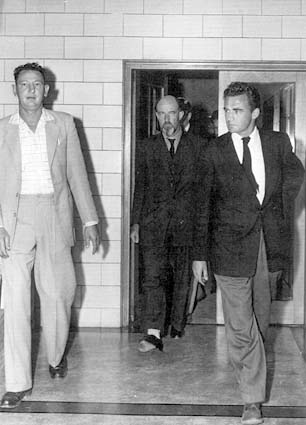 Moorhouse burrows into his conundrum, wandering down the dark passageways of his personal predilections – censorship, the politics of sexual preference, the French Revolution, nihilism, the human condition and more. His research assistant advised him to order his material chronologically but that thread is abandoned. Every so often he comes up from the mine with a nugget of a question, asking, for example, if a secret agency is needed for the safety of a democracy, and whether a modern state can any longer keep its own secrets, let alone those of its citizens. But these reflections are left dangling, and Moorhouse admits his proposals for reform are unlikely to be adopted. Appending an extract from the Universal Declaration of Human Rights, he notes that Australia is a signatory, but doesn’t point out that the Declaration’s provisions have not been incorporated into Australian law. Neither have those of the Conventions on Civil and Political Rights and the Rights of the Child. Australia is alone in the OECD in having no Charter or Bill of Rights, a situation our political leaders show no inclination to change.

As ‘national security’ is increasingly used to justify the erosion of such privacy and liberty as Australians have, many of us, like Moorhouse, are concerned about state surveillance of individual academics, writers, filmmakers, journalists, and particularly Muslims. But as Human Rights Commissioner Gillian Triggs has recently argued, the situation of Australia’s democratic institutions is worse: national security is being used to marginalise and overpower the judiciary, to concentrate power in the executive, to allow the armed forces to be deployed as and where the prime minister wishes and to imprison people without charge or trial. The deep state is the new normal.

This article also appeared in the Canberra Times, 29 November 2014