Still the good book? (review of AN Wilson)

David Stephens reviews AN Wilson’s The Book of the People: How to Read the Bible

My grandmother was 96 when she died. Her eulogy mentioned that she had read her Bible every day. This was news to me: she was a woman of firm views and considerable fortitude but I had never seen her as particularly religious. Her Bible-reading was part of her daily round, along with family matters, coping with depression and war (a brother, brother-in-law and son dead), playing golf and later lawn bowls, listening to ‘the wireless’ and watching television, reminiscing, and eating sliced tomatoes on Sao biscuits with lots of salt. 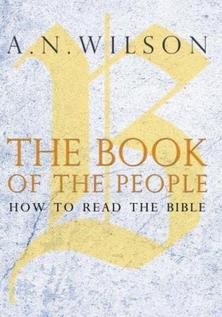 AN Wilson might have used my grandmother as an exemplar of the Bible as the book of the people: ‘we understand it by listening to what other people have made of it’ (p. 187). I never heard my grandmother explain what she made of her daily readings, yet I took Wilson’s ‘other people’ to mean ordinary people and I expected that these people would have been both the players in the book and its audience. Not so: as you work through this brief (200 pages) but rambling exposition, you find very few ordinary people and you come to suspect that the book’s main market is likely to be the people who ‘have been there before’, scholars of the Bible or of theology generally, plus previous readers of Wilson.

The book has seven chapters. The first chapter explains why the quest for the historical Jesus is pointless; authors in this genre (and questers generally) should read this chapter closely. Later chapters examine the Jewish concept of God, the books of the Prophets, the book of Job (which Wilson reckons is a microcosm of the complete Bible), the Psalms and the New Testament. There is a brief epilogue, plus some notes and a selected reading list. It was heavy going in parts for this brought-up-Methodist-now-relaxed-atheist reviewer, particularly as the Bible quotes seemed to be from some fancy 19th or 20th century version, rather than the King James Version of 1611. Yet, Psalm 139 cuts through in any translation: ‘If I take the wings of the morning/and settle at the farthest limits of the sea,/even there your right hand shall lead me,/and your right hand shall hold me fast’.

Wilson intended the book to be ‘a sort of “guide” to the Bible’ (p. 3). Instead, it is more of a personal reminiscence of this well-read (and well-published – about 40 books, fiction and non-fiction, mainly history and biography) author in which the Bible itself is a character, along with some social reformers like Martin Luther King and William Wilberforce, who were influenced by the Bible, and various Wilson acquaintances, annoyingly referred to by initials only. Notable among them is ‘L.’, a mentally-ill American friend of the author’s. Her unfulfilled ambition was to write a book about how to read the Bible. Instead, she appears intermittently throughout Wilson’s book (until her lonely death in a convent chapel, described in a moving letter from a nun), writing notes to Wilson, including travel tips for the Holy Land and her thoughts about the Bible, thoughts which Wilson eventually uses in the current book. (One has to accept that this is what happened, though Wilson also describes L. as ‘semi-fictionalized’, which makes you wonder and adds to the quirky tone of the book.)

At Honest History we think and write a lot about war and that gives us a special interest in this book. Antipodean (and other) soldiers going off to war were often presented with Bibles or New Testaments. (There are stories of these books later stopping bullets.) There are biblical and religious cross-overs aplenty in the Australian and New Zealand experience of war: ‘Onward Christian Soldiers!’ would have had particular relevance as we strove to smite the Muslim Turk in 1915; chaplains of all denominations have performed splendid service in all our wars; the poignant inscription on the New Zealand memorials at Gallipoli and Ypres (‘from the uttermost ends of the Earth’) echoes Isaiah 24:16 and surely Psalm 139, quoted above. 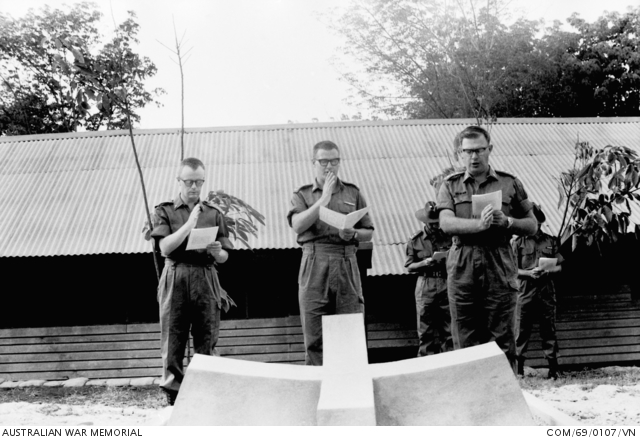 Yet there is a more general cross-over also, one about the nature of myths. Wilson quotes the Canadian scholar, Northrop Frye, that the Bible ‘is held together by an inner core of mythical and metaphorical structure’ (p. 36). The myth is about the redemption of humankind and Wilson believes the myth is more important than whether the stories in the Bible are evidence-based, for example, whether King David’s City of Zion or Solomon’s temple can be dug up by archaeologists or whether some of the key Bible characters ever walked the Earth. ‘To demythologize the Bible is to destroy it’, Wilson says, paraphrasing Frye (p. 143).

Whether this holds true for myths in general seems to depend on the purposes to which a myth is put. Some myths should be destroyed; others might linger without too much damage. Myths can be abused just as history can be abused. A myth about redemption through love might be all very well but what about one where a jolly old fat man brings gifts to good children or a bounteous rabbit dispenses chocolate eggs? These are harmless enough when they are deployed to pacify or amuse children but do they remain so when they are manipulated for commercial profit? A myth about birthing a nation through blood sacrifice might have inspired some recruits a century ago but should it still be used to fire up children who, we are told by a minister of the Crown, ‘must understand’ that their ‘freedom has been paid for in blood’?

Wilson’s book makes a reasonable case that the Bible is ‘the book of the people’. He says the Bible deserves that title because it ‘has affected human life’ (p. 4), which seems rather a low bar until he explains a bit more. On page 156 he argues that

That may have been the case with my grandmother though it wasn’t the sort of thing our family discussed. Wilson then goes on to give some examples of the Bible’s reach. It has influenced writers, architects, painters and composers, inspiring ‘some of the most glorious works of music and art in the world’s history’ (pp. 149-50).

On battlefields [those Bibles in soldiers’ pockets], on deathbeds, in hospital wards and private households rich and poor, its leaves have been turned, its pages opened, its well-known words have nourished and sustained countless human lives (p. 192).

That is the nub of Wilson’s case. One could add, as he mostly does not, that the Bible has also supported bigotry and sustained bloodthirsty causes for centuries, just like other super-books, from the Koran to Mein Kampf, the Torah to Das Kapital. 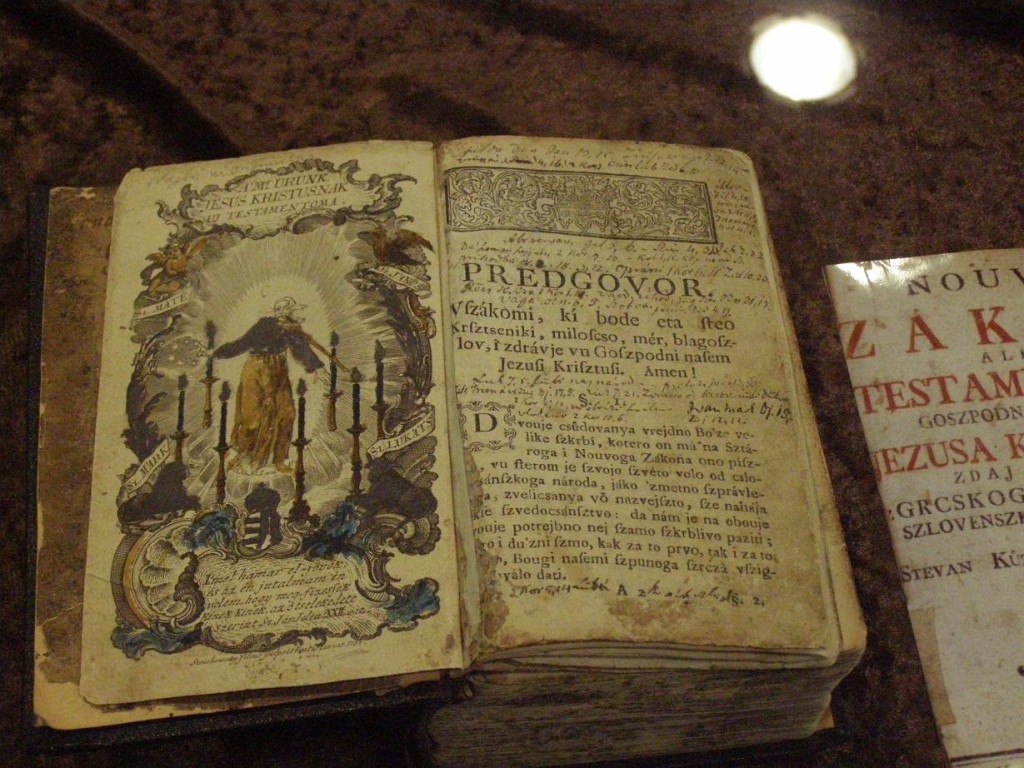 The Nouvi Zákon, the Lutheran New Testament in the Prekmurian language (a dialect of Slovenian), by István Küzmics, 1771 (Wikimedia Commons/Doncsecz)

So, Wilson’s book is only incidentally about how to ‘read’ the Bible in a sense that most people would understand that verb. Essentially, he asks us to read the book by understanding the people who have read it and how it has affected them. That’s a tall order over two thousand years and many civilisations, and it’s more than most readers of Wilson will have expected. Some will be pleasantly surprised and intellectually stimulated by what they encounter in the book, others will just be exasperated.

In some ways, Wilson’s is the sort of book that publishers let successful, remunerative authors get away with. It is as much about Wilson as about the Bible. Yet, it is still worth the read for its insights into how myths work. Non-specialists may value it for that reason. Then they might want to move on to a more informative, less self-indulgent ‘Bible backgrounder’, such as Adam Nicolson’s God’s Secretaries: the Making of the King James Bible.

Print This
Click here for all items related to: Expressing ourselves, People like us, Using and abusing history