Update 18 December 2022: Vietnam veteran Bruce Cameron writes in Pearls and Irritations: ‘It is time to embrace the courage of our nation’s warriors from both pre and post Federation … to celebrate and take inspiration from enduring skills, leadership and determination, no matter their ancestry’.

Update 7 December 2022: Further post on this Estimates hearing has some more on Frontier Wars.

Update 5 December 2022: Revised version of below post can be found on Pearls & Irritations.

Honest History has chronicled the prevarications of War Memorial spokespersons since 29 September on how the Memorial intends to portray the Australian Frontier Wars. Andrew Bolt, Barnaby Joyce and the RSL have made noises behind the scenes. Now, the transcript of the 8 November Budget Estimates hearing of the Senate Foreign Affairs Defence and Trade Committee provides further evidence of the extent of the Memorial’s retreat. (The video of the hearing; from mark 17.10.)

The Memorial has passed in six weeks from Brendan Nelson’s ‘much broader, much deeper’ treatment of frontier violence to ‘proportionate’ and ‘modest’. The people who welcomed what looked like a change in direction at the Memorial have the right to feel dudded. The ‘new’ Memorial will look much like the old one.

Meanwhile, Dr Nelson, who set the hares running with his claims about what the Memorial Council had decided, has finished his brief term on the Council and is off to a big new job in London with Boeing International. (We used FOI to try to unearth the actual terms of the Council’s decision but no luck.) 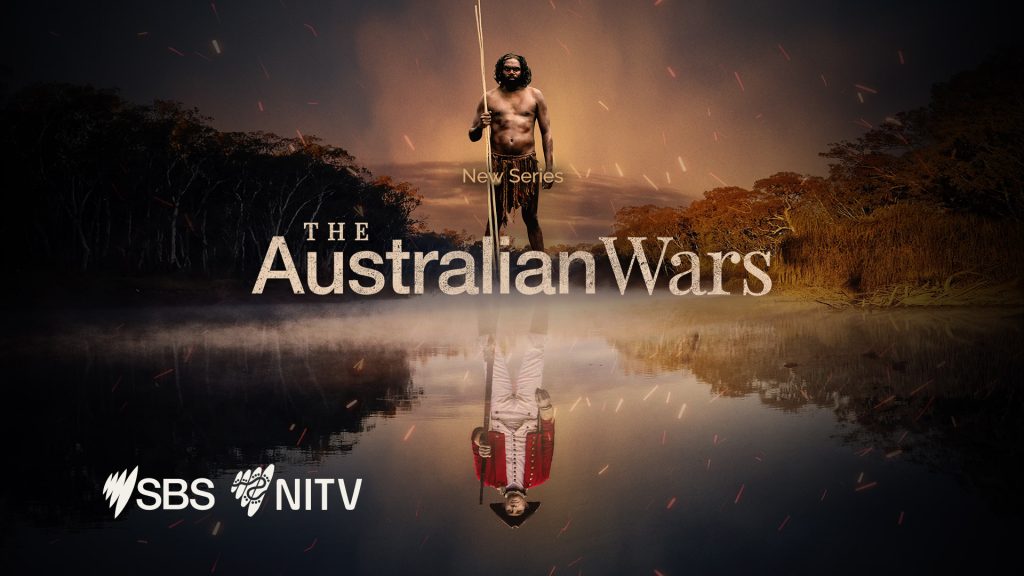 Educational material based on The Australian Wars documentary

If I can just restate, and also if I can put this into perspective, the precolonial galleries, as they are called – and they will now be called the [pre-]1914 galleries—are about 408 square metres of space. That’s what we’re talking about. In those 408 square metres of space we’ll also discuss the Boer Wars, the Boxer Rebellion, Sudan, and the New Zealand wars. (Director Anderson at page 35 of the Proof Hansard)

To get a bit more ‘perspective’, the Memorial’s documentation on the big build (para 5.1) showed 24 744 square metres of ‘new space’; so that 408 metres is less than two per cent of the total new space. Less than two per cent. Even if we make the comparison against the 6877 square metres of new space designated as ‘gallery’, that 408 comes in at just six per cent of new gallery space. Six per cent. And the Frontier Wars will be sharing that space with four other military events.

How do those other pre-1914 ‘wars’ compare with the Frontier Wars, using just the crude measure of deaths? The Boer War killed about 600 Australians (plus 25 000 Boers, 22 000 British, and 12 000 Africans, but the Memorial doesn’t mention them). In the Boxer Rebellion of 1900-01, six members of the Australian contingent died, all of illness. The New South Wales contingent to the Sudan in 1885 lost exactly nine men, none of them in action and some of them after the contingent’s return to Sydney. Of the Australian contingents which went against Maori resistance in the 1860s, not one member died. Perhaps another twenty Australians died serving with New Zealand forces.

Every death in war is a tragedy but it is laughable to compare these events in terms of deaths, let alone wounds or trauma, with the Australian Frontier Wars, where First Nations deaths were somewhere between 20 000 (the figure the Memorial admits to) and 100 000. It is laughable also to lump the Frontier Wars in with these other events, simply because they occurred at roughly the same time.

Visitors to the old Colonial Conflicts gallery at the Memorial (opened 1985) will have at this point a strong sense of déjà vu. That gallery included the Boer Wars, the Boxer Rebellion, the Sudan, and the Maori Wars, now called the New Zealand Wars. While the gallery has long since closed to make way for the big build, there’s an online version of it.

The old gallery had a small display on British soldiers in colonial Australia. It referred to ‘Aboriginal resistance’ and included an image of the Slaughterhouse Creek Massacre of 1838, about the size of an iPad screen, but uncaptioned. Nearly 40 years on, the Memorial is on track to repeat the same travesty, except now the subject will be the whole Frontier Wars, not just one massacre.

Senator THORPE: Of the $550 million that’s been allocated, how much of that will be for frontier wars?

Mr Hitches: I can say that the amount of money is about $80 million worth of gallery funding and that’s broken into several portions and several galleries. I will have to take on notice exactly what it is for the pre-1914 gallery, but it is in the order of somewhere between $5 million and $10 million in that area for everything that’s in the pre-1914 gallery. (Executive Director Hitches at page 36 of the Proof Hansard)

So, that’s somewhere between one-sixteenth and one-eighth of the money earmarked for gallery content in the new space. That certainly sounds ‘modest’ – and remember that includes not just the Frontier Wars but also the Boer Wars, the Boxer Rebellion, the Sudan, and the New Zealand Wars. ‘Modest’ indeed. 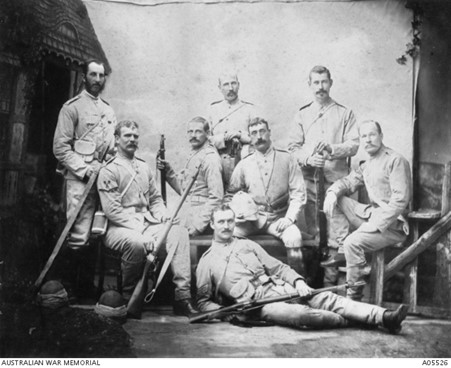 Infantrymen of the NSW Contingent to the Sudan 1885, after their return to Australia (AWM)

The word ‘proportionate’ particularly rankles after one has read these extracts. ‘Proportionate’ with what? It certainly does not mean proportionate with the two major wars, World Wars I and II, even though respected historian Henry Reynolds has often called the Frontier Wars our most important war, and some of the estimates of deaths in the Frontier Wars approach the tolls in one or both of the major wars.

No, ‘proportionate’ has to be read in association with the other wars which will share the Pre-1914 galleries with the Frontier Wars: the Frontier Wars are being treated proportionately with the Boer Wars and those boastful little expeditions to shore up Queen Victoria’s Empire. The Memorial intends to give as much attention to a foundational war for our nation as it gives to contingents of moustachioed good old boys sailing off to help sort out some trouble in China or Africa or New Zealand. That’s proportionate for you, folks.

More soon on other gems from Estimates.

*David Stephens is editor of the Honest History website and has been convener of Heritage Guardians, opposed to the extensions to the War Memorial. This article benefited from the assistance of Research Professor Peter Stanley of UNSW Canberra, who was a historian at the Memorial at the time the Colonial Conflicts gallery was opened.

**Older readers will recognise the song and may even know the words. As so often in the saga of the $548m War Memorial big build, laughter seems the best antidote. Better than crying.