The book’s strengths are its lucid prose, its command of a wide range of sources (including declassified material), the author’s ability to balance passion with forensic detail, and the way in which he places the Korean conflict of 1950-53 firmly within the long sweep of Korean history. The surprise – for this writer, at least – comes in how loudly the story of Korea 1950-53 resonates today.

Pembroke’s book has painstaking notes, a useful bibliography, some stinging epigraphs, and some copies of archival documents, including a record of the agreement (October 1951) of the US Joint Chiefs of Staff to use biological warfare in Korea, if necessary. (It is still unclear what came of this decision.) There is also a description of the battle of Maryang Sam, where Pembroke’s father, an Australian officer, won the Military Cross.

And if anyone wonders why North Korea today seems to be ‘the paranoid peninsula‘, Pembroke’s description of Pyongyang after American scorched earth policies and saturation bombing provides part of the answer. By late 1952, the city’s population was down to 50 000, one-tenth of pre-war, living ‘a troglodyte existence in caves and holes in the ground’ (page 148). General Curtis LeMay of the US Air Force, the mastermind of the bombing campaign, estimated that, ‘Over a period of three years or so, we killed off – what – twenty percent of the population of Korea as direct casualties of war, or from starvation or exposure’ (page 144).

An extract on Pearls and Irritations. Pembroke has appeared on The Drum and 3RRR. Pembroke on the background to the book. Reviewed in Fairfax by John Schauble.

Everyone should read this book.

The U.S. may be under the illusion that it is in control of the train now. But that is not the case. The one clear way for the U.S. to regain the initiative is to return to the threat of war – and there are some around the administration eager to do so. 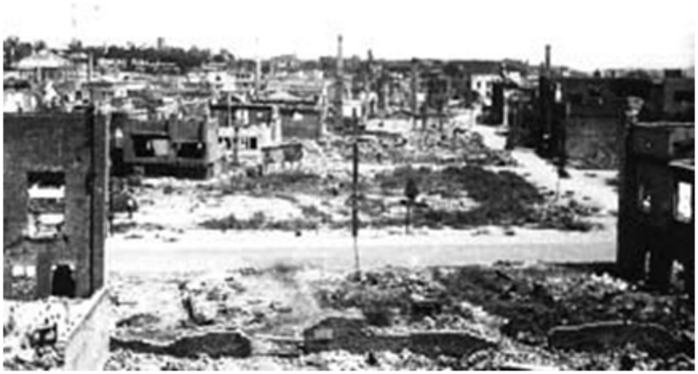