A national poll by the highly respected Australia Institute has confirmed what many opponents of the $500 million War Memorial megabuild have long believed: that this project is supported by very few Australians – just 13 per cent of them, to be precise, according to this poll. Australia Institute media release. Canberra Times front page story. Canberra Times editorial. And in The Riot Act. Ebony Bennett of the Institute talks to the ABC. 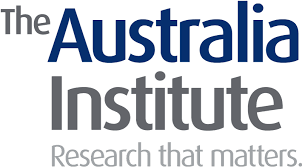 The Institute poll, held in the third week of May, briefly described the Memorial project and asked respondents what they would prefer the $500 million to be spent on: redeveloping the Memorial, veterans’ services, or government services like health and education. Nationally,

Thirteen per cent! Another 13 per cent said they didn’t know or weren’t sure. So, adding the first two figures together, 75 per cent of respondents preferred to spend the money other than on the War Memorial build. It’s not just that the arguments for the build don’t stack up, as Heritage Guardians and many others have been saying for more than two years, it’s also that Australians don’t want this project. Breaking down the national figures:

These are damning figures indeed for the urgers for the Memorial project. Memorial spokespersons – from Brendan Nelson and Kerry Stokes to Matt Anderson and still Kerry Stokes – have gotten away for far too long with spin and dissembling, some of it based on dodgy ‘surveys’ and ‘feedback’, stuff which is more publicity stunt than evidence. The Australia Institute poll should bring these spinmeisters – and Australians generally – up short.

How do the Memorial’s ‘surveys’ compare with the Institute poll?

For a typical dubious ‘public opinion’ effort by and for the Memorial, check out its November 2019-February 2020 work, analysed by Heritage Guardians, pages 10-15. There is a summary analysis in the Appendix to this post. More recently, there was the Memorial’s effort in February 2021. We can’t say as much about that one as the Memorial has not yet released its (massaged) report (‘Gallery Development National Survey‘). But Heritage Guardians did publish this comment on the basis of what we had heard from folks who had tried to answer the questions. One frustrated respondent said this about the Memorial’s exercise: ‘I abandoned this survey halfway through rather than continue to waste my time. The question options are too limiting – you will get the range of answers you want, and will be able to say: “we consulted”.’ Given the War Memorial’s past reliance on exercises using questionable methodology it is important to recognise the high standard of the Institute’s poll. By contrast with the Memorial’s efforts, this was gold standard polling.

Details of the Institute poll

The Institute surveyed 1006 people on 19 to 21 May 2021, online through Dynata’s Rapid Results polling, with nationally representative samples by gender, age and region. The exact wording of the question was:

The Government announced that it will spend $500 million redeveloping the Australian War Memorial in Canberra. The Memorial’s redevelopment will include a southern entrance refurbishment of the main building, a new Anzac Hall connected to the main building, an extension to the Bean Building to establish a research centre, and public space improvements. What would you prefer the government to spend this money on? Redeveloping the Australian War Memorial Veterans’ support services Government services like health and education Don’t know/Not sure.

The margin of error (95 per cent confidence level) for the national results was three per cent.

The Memorial’s consultations about the redevelopment were selective and its reporting of them misleading. The report of the November 2019-February 2020 effort is difficult to find, but you can get to it, buried in the mass of material in the Memorial’s Final Preliminary Documentation to the Department of Agriculture, Water and the Environment under the heritage provisions of the Environment Protection and Biodiversity Conservation (EPBC) Act. First, go here, then click on ‘Past consultations’, then scroll down a long way to a link to a pdf, ‘EPBC National Consultation Report’, dated April 2020, which is Attachment S1 and is 121 pages long. Then go to pages 6-7 of the Attachment for a brief description of the methodology, page 17 for a summary of the results, then to ‘Appendix A Stakeholder Consultation’ and ‘Appendix B Online Survey’ for masses of detail. Set aside a good slab of time to read this stuff; the Memorial clearly put a lot of time and money into it. But the work done and paid for was really quite naughty. The Memorial and its consultant, Faster Horses, lumped together results from four different consultation formats – two types of events (presentations and ‘community drop ins’), correspondence, and an online survey – despite the varying quality of the results from each format, and the fact that some results were qualitative, some quantitative. This lumping together came up with 1031 respondents but it is still bad statistical practice. The Memorial then glossed over the fact that 70 per cent of its consultation events were in RSL or similar ex-service clubs, at the Memorial or at the Shrine in Melbourne. As well, potential attendees at some of these events were wrongly told the events were ‘invitation only’ and stayed away. Attendance at the events averaged just ten people. And what did these hardy folk witness? Here is the Heritage Guardians comment on ‘EPBC Presentation, December 2019’:

It is a glossy and slick presentation of dot points and architect’s illustrations. The servicemen and women pictured are glowing with health and airbrushing. There is no mention of costs, of the destruction of Anzac Hall, of opposition. How could anyone say no to such a project?

Finally, the Memorial’s so-called ‘online survey’ was actually an exercise of seeking feedback to leading questions about the redevelopment, presented to people many of whom began with only sketchy knowledge of the Memorial’s role and the plans for its future, and were susceptible to the rosy and misleading visions presented in the questions. For example, one

question gave respondents a description of how the Memorial contributes to Australian social values at present and then asked them whether the Memorial would still deliver on those values once the proposed development was complete. “After learning about the planned development, the level of total agreement that the AWM will deliver social heritage values increased slightly from 78% to 83% (page 84).”