Shuffling of Large Technology Objects is nothing to worry about, says War Memorial

Earlier this week, workmen at the Australian War Memorial removed from adjacent to the Memorial’s Anzac Hall, a Bushmaster (a large armoured vehicle), an LAV-25 (a middle-sized armoured vehicle), and a Centurion Battle Tank. These artefacts were relocated on plinths a short distance to the south of their previous location, but well away from Anzac Hall.

Alerted to this by a passer-by and aware that the demolition of Anzac Hall, commencing October this year, is the first item on the Memorial’s timeline for its $498m expansion program, Heritage Guardians investigated on Tuesday. (The wording on the Memorial’s website, ‘2020 Anzac Hall site preparations begin’, gives plenty of leeway.)

On Tuesday, two helpful workmen on site, asked about the move of the vehicles, said it was because ‘they’re knocking down Anzac Hall’. A third workman, however, said it was because the guns previously on the plinths were rusting after five years in the elements and needed to be returned to storage.

David Stephens of Heritage Guardians mentioned this work during a gig on ABC News 24 late on Tuesday morning. On Wednesday evening, the Memorial drew Heritage Guardians’ attention to a Memorial media release dated Monday, 15 June, the day on which the crane hoisted the vehicles away from their Anzac Hall location. The release said the vehicles were taking the place of the rusting guns , while the guns went for refurbishment.

Separate advice from the Memorial is that development plans will remain subject to the consideration of and approvals by the Public Works Committee, the Department of Agriculture, Water and the Environment under the heritage provisions of the Environment Protection and Biodiversity Conservation (EPBC) Act, and the National Capital Authority. That assurance is good to have.

On the other hand, the Memorial has form. Heritage Guardians’ monitoring of the War Memorial project can be found in its campaign diary. Note particularly Heritage Guardians’ comprehensive submission to the current Public Works Committee inquiry (Submission No. 40). That submission includes, under the heading, ‘The Memorial has given the impression that the project is a fait accompli, even though heritage and PWC approvals are still pending’, at paras 66 to 69, seven instances of what Heritage Guardians describes as ‘disrespect for both the heritage approval process – a matter for government, applying the EPBC Act – and the PWC process – a parliamentary process required by law’.

Heritage Guardians also endorsed this comment of the Australian Institute of Architects in 2019:

The Institute has significant concerns about the process followed in relation to heritage considerations for the $498.7 million Redevelopment Project and the extent to which the entire project has progressed without the relevant heritage approvals in place.

Bearing all of the above in mind, it is worth noting that, as of today, the only objects adjacent to Anzac Hall and standing in the way of demolition machinery are a large eucalypt and a nearby sapling. Oh, and a Heritage List marker; the War Memorial is on the National and Commonwealth Heritage Lists. 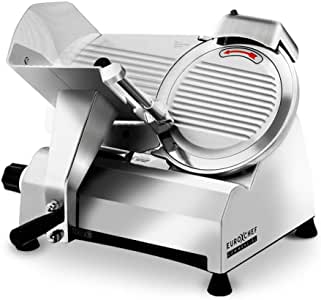 One comment on “Shuffling of Large Technology Objects is nothing to worry about, says War Memorial”