This is a well meant but flawed book about one of our most attractive prime ministers. The author is Chifley’s great-niece, her sisters helped with the research and her late father (Chifley’s nephew) provided many of the reminiscences. The book had a Canberra launch recently. 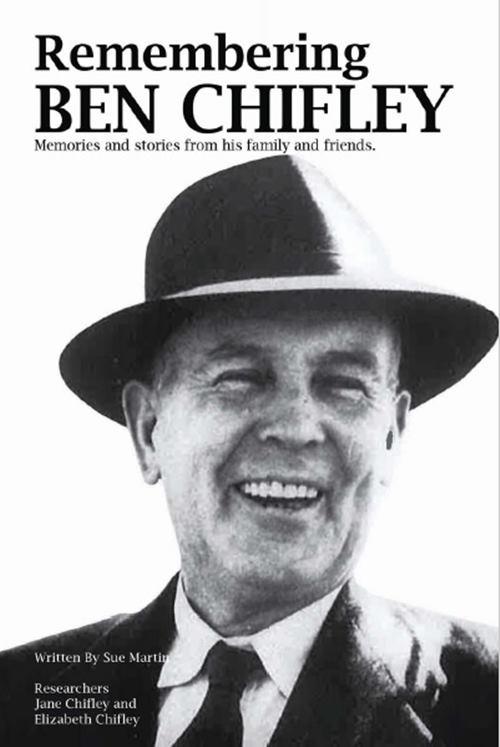 The book draws on the recollections of Chifley’s family and friends as well as oral history. This material throws up a few nuggets (the suggestion that Chifley may have spent a couple of nights in jail during the 1917 railway strike, the often touching evocation of the family life of and love between Ben and Elizabeth Chifley, instances of Chifley’s Christian and humanitarian principles) but much of it is just more evidence for what people who have studied the Chifley era knew already – he was a nice bloke (though by no means a plaster saint) who worked himself into an early grave in the service of his country in war and peace.

On the other hand, the book says very little new about the other sides of Chifley, the hard-nosed, highly intelligent politician and the far-sighted administrator with great skills at delegation and getting the best out of highly motivated people under great pressure. It also gives the impression that the bastardry Chifley suffered as prime minister from the banks, the doctors, the media, Jack Lang and others inoculated his extended family against politics for decades after his death. Perhaps as a consequence of this, the book is eerily lacking in awareness of political context. It is the equivalent of a book about Abraham Lincoln (with whom Chifley is sometimes compared) based largely on stories from his neighbours in Springfield.

The book tries to make up for this deficiency by copious cut-and-pastes from Fin Crisp’s 1960 biography, almost all of them referenced without page numbers. Yet it refers not once to David Day’s 2001 Ben Chifley. (See also a note on this blog.) Day’s book overdoes the speculation about Chifley’s personal life but it contains lots of relevant material and it was silly of the author to ignore it, even in the bibliography, even if some of Day was distasteful to Chifley’s family. On the other hand, there are swodges of words from strange places, including an admiring 1948 article by someone writing for a newspaper in Missouri. Maybe a family member had come by this source somehow and kept it.

Less important than these gaps but still thoroughly annoying are the book’s many typoes, literals and spelling errors (‘Verona’ rather than ‘Venona’, ‘Caldwell’ and ‘Calwell’ indiscriminately, sometimes in consecutive sentences, ‘FL Crisp’ once or twice rather than ‘LF’, egregious apostrophes in dates and plurals, and numerous other glitches). The prose is in parts embarrassingly clunky. This reviewer read the Kindle version; perhaps the hard copy is better. If it is not, those responsible should rush into a new, corrected print.

At the same time, a sympathetic editor with an appreciation of the relevant history could scrub the book into a respectable, considerably shorter tribute to one of our greatest prime ministers. It is not a sufficient alibi to say the book is an intimate offering from Chifley’s friends and family; Chifley was firmly placed within the life of his Australia and the book is often careless of this broader canvas – and just careless. As it stands, it is more scrapbook than memoir. While family members and friends may rightly treasure it, Chifley buffs and labour history specialists will read it and be both disappointed and exasperated.

David Stephens did an MA on the Curtin and Chifley Governments and a PhD on Labor in the 1950s and 1960s. He has been an admirer of Chifley for more than 40 years. He has twice visited the Chifley house in Bathurst and visited Chifley’s grave. He recently reviewed Stuart Macintyre’s book on Australia’s Boldest Experiment, which was also Chifley’s finest hour.