This is a gripping ‘true crime’ story by a prolific writer (31 books and reams of quality journalism), who is also one of Honest History’s distinguished supporters. The book is titled Certain Admissions: A Beach, a Body and a Lifetime of Secrets. This short note will say nothing about ‘whodunnit’ but will instead focus on three other notable features of the book. 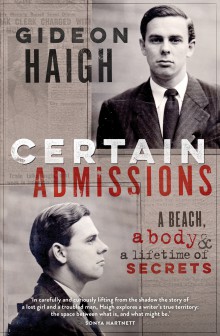 Just the facts first, though. A few days after Christmas 1949, Elizabeth (Beth) Maureen Williams, aged twenty, formerly of Tasmania, now of St Kilda, Melbourne, bumps into an acquaintance from Hobart, a slightly older, rakishly handsome, sometime radio announcer, ex-serviceman (though decidedly no war hero) and man about town, John Bryan Kerr. Their meeting is ‘under the clocks’ outside Flinders Street station, so the story is immediately stamped ‘Melbourne’ and one can almost see and hear the shade of Fergus Hume’s hansom cab trundling over Princes Bridge.

Beth and John go off together in a group to socialise. The next morning, Beth is found dead on the beach at Albert Park. The story Haigh tells about ‘what happens next’ ranges back and forth over more than 60 years and leaves the reader satisfied in a number of ways, though perhaps not in all. Still, that’s enough hints. Buy the book and read it.

The three notable features from Honest History’s angle (apart from the story itself)? First, there is Haigh’s evocation of early post-war Melbourne, when Eddie Leonski was still a recent memory (and had set the gold standard for intriguing murders), when bright young things slapped on the Brylcreem and baby powder, milled around the Trocadero and Mario’s, piled into small cars and whizzed off to parties which involved lots of smoking, cheap plonk and listening to the radio, and straight-laced (at least on the surface) sexual encounters. Haigh’s slightly old-fashioned, even orotund prose style chimes nicely with the milieu.

Beyond this inner circle of protagonists, there are policemen (some of them boofheads and desperadoes, all of them benefiting from lax procedural standards), judges and lawyers (including characters and caricatures, some of them epitomising the majesty of the law, some not) and hard-bitten police roundsmen (satisfying the appetites of readers who later moved on to Dragnet and 77 Sunset Strip). Some of these men (hardly any of them were women) were still around in the 1960s Melbourne of this reviewer’s childhood, so there were frequent ‘aha’ moments as the pages were turned.

Secondly, Haigh has an amazing command of detail as he tracks the story through the decades. He cleverly keeps some key bits of information up his sleeve to spring them upon the reader at the best possible moment. There is nothing much by way of generalisation about the meaning of life but there is plenty of perceptive writing about a very odd key character and some put-upon or enigmatic secondary players. Readers unfamiliar with Melbourne could have done with a map showing the main locations – perhaps a map based on a Morgan’s street directory appropriate to this pre-Melway, pre-Google era. A list of characters would have been useful also.

Thirdly, and linked to the previous point, the reader will marvel at Haigh’s assiduousness in searching out and cross-checking evidence. Haigh acknowledges help from dozens of people. His primary sources range from birth certificates to the records of Mario’s restaurant and Scotch College, from a prison admissions card to police service records and court transcripts. The author is not afraid to insert himself into the story either, describing how he assessed angles and weighed evidence, communicated with sources and calibrated what they told him.

Haigh’s story about the fateful meeting between Beth Williams and John Bryan Kerr and what flowed from it is replete with evidence but it is, above all, an interpretation. As it should be. Others could come up with a different interpretation but they will need to do a lot of work. Haigh’s capacity to absorb, make sense of and present his evidence in an eminently readable fashion is a lesson for historians, indeed for all wordsmiths.

Other reviews of the book: Fairfax; Fairfax again. 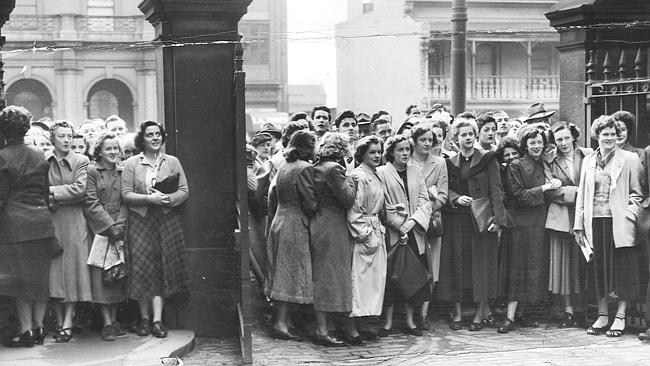