A war memorial stands unobtrusively in Adelaide’s South Parklands. Life flows quietly around this cenotaph and little attention is paid to it. No Anzac Day or Remembrance Day observances have been conducted around it in living memory. The monument was originally located in Wattle Grove on Sir Lewis Cohen Avenue; it has a history.

If the passer-by pauses to note the three epigraphs atop the granite plinth these inscriptions immediately suggest that the cenotaph has a unique place in the growth of the Australian cult of commemoration of our war dead. The cenotaph is in fact a relic of the very birth of that cult, as Governor-General Sir Ronald Munro Ferguson attested.

I think it is a great honour to unveil this memorial to the troops who landed on Gallipoli, for it will ever be a tribute to the gallantry of our boys and the record they have established in worthily maintaining the best traditions of the British arms. There has been much glory won in this war, but none greater than the glorious achievements at Gallipoli. (Cheers.) 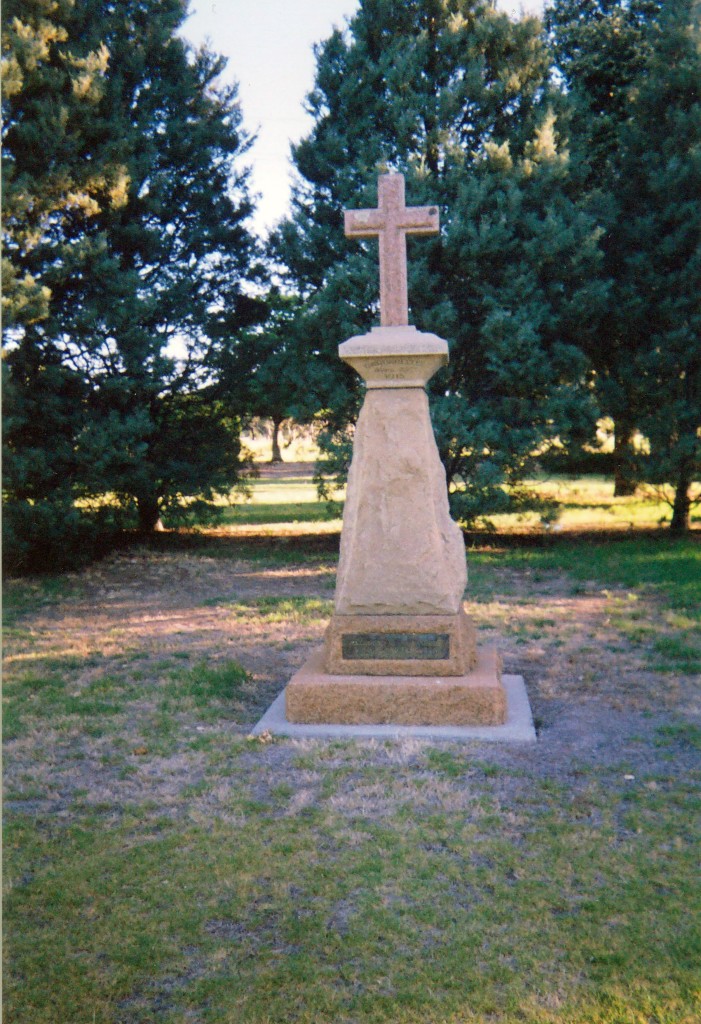 The Dardanelles cenotaph is in fact the first cenotaph dedicated to the Anzacs in Australia – even before that name was widely used – and one of the earliest memorials to the Great War dead anywhere in the world. Indeed, the cenotaph had its genesis in the shock of the first casualty reports from Gallipoli. At this time, soldiers and their families regarded the glorification of war as unseemly. The primary function of the cenotaph, above and beyond the important demands of national and community patriotism, was as a focus for mourning. This interpretation accords with author Jay Winter’s findings regarding commemoration in Great Britain, reported in his 1998 book Sites of Memory, Sites of Mourning.

The cenotaph bears a dedication to `Australasian Soldiers’. This was purposely inclusive of our Kiwi brethren. The moulding beneath the dedication memorialises the date of the assault at Anzac Cove in ‘the Dardanelles’, a reference to the scene of the naval operations with which the Gallipoli landing was so imperfectly combined. Clearly, as Professor Ken Inglis notes in his Sacred Places (p. 76), this cenotaph was erected before references to Gallipoli, Anzac and the expeditionary force became ritualised.

A plaque now affixed to the pedestal of the obelisk records that it was ‘unveiled by his Excellency the Governor General Sir R Munro Ferguson, Wattle Day Sept 7th 1915’. (Some of those present at the ceremony hoped that Wattle Day would become associated with memorialisation of war deaths.) The Anzacs were still clinging to their foothold on that faraway peninsula within cooee of Troy, the mythical locus of the most classical traditions of our culture concerning the tragedy of war.

The following day the Adelaide Advertiser reported the Mayor of Adelaide, AA Simpson, as declaring that this was ‘the first monument to the fallen heroes that had been erected in Australia’. The Mayor also suggested that ‘a stately and splendid memorial’ might be erected later.

The builder of this first, human-scale monument was one Walter Torode, a well-known master builder then active in the City of Adelaide (where he built the Stock Exchange among other edifices) and surrounds. The newly-planted Wattle Grove, with its peaceful garden, seating and sheltering pergola, was intended to complement the cenotaph. Together they made it a place for reflection by the citizens, particularly those in the nearby parkside suburbs, of which Torode was a developer.

Torode had intended, according to his speech reported in The Advertiser,

to have three model rifles placed at the top, but in view of the fact that the war would be forgotten in years to come, and that there they had peace and quietness, it was decided not to have the guns, and to leave the stone with a flat surface on which vases of flowers could be placed. 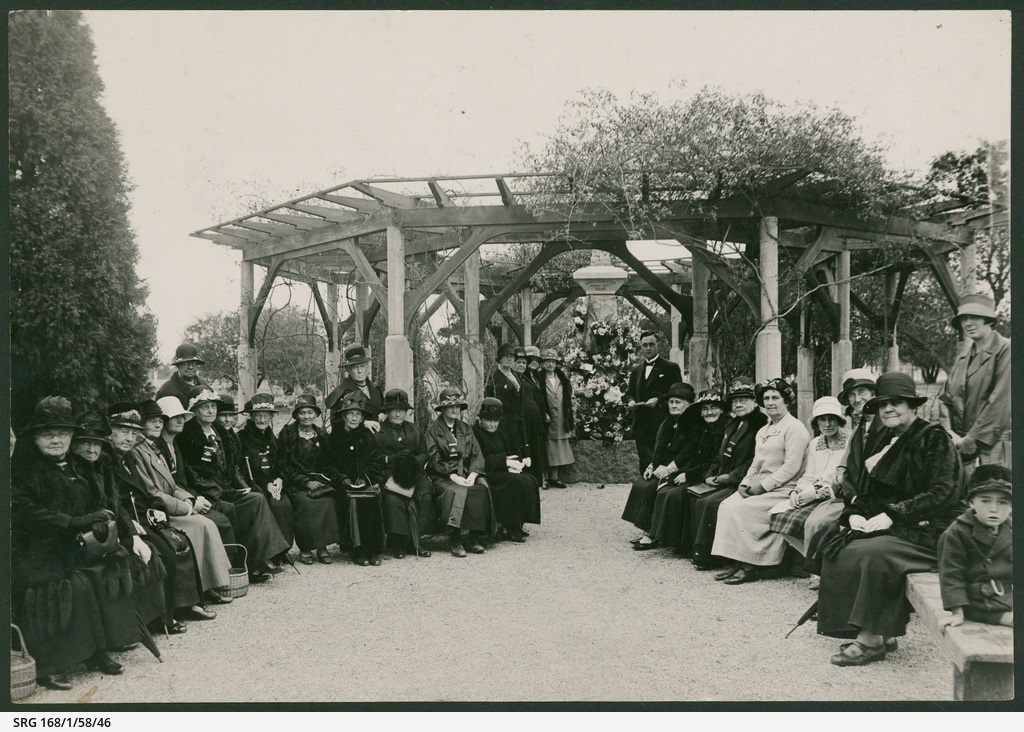 Women from the Soldiers’ Mothers Association and Norman Makin MP at the cenotaph for an Anzac Day service, c. 1927 (State Library of South Australia)

So, the rough-hewn column, deliberately reminiscent of the cliffs of Gallipoli, was crowned, not by a cross, the expression of Torode’s Christianity as a Sunday School Superintendent for the Brougham Place Congregational Church, but by the place for flowers and by the Southern Cross in the sky. The cross came later; it is difficult to tell from the 1927 picture above whether it was there then, though the top of the memorial seems not to be flat.

Torode funded the Gallipoli Memorial Garden by public appeal and out of his own pocket. His employees donated their labour. The report in The Advertiser carries a list of names of those who donated. The City Council supervised the work, investing £12 in planting the Wattle Grove and £5 per annum for a time in maintaining it. It also undertook the management of the area. However, by the 1930s the monument on its original site was becoming an eyesore. It was moved in 1940 to its current site and renovated in 1969. There it remains.

(A longer version of this article appeared in Online Opinion in 2007.)

As told by cannon’s roar

With voices shrieking in the wind

The artefacts of war 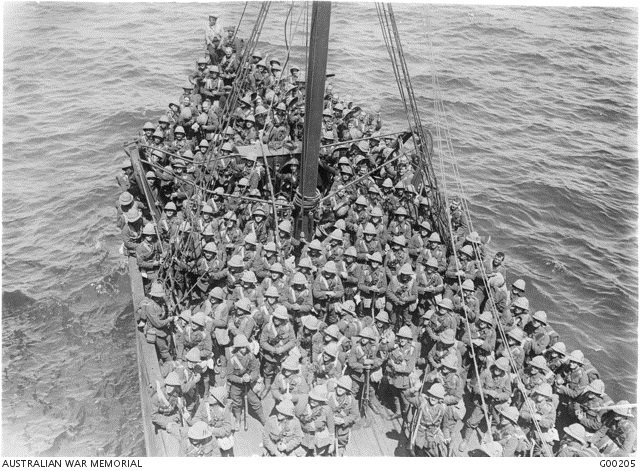 A trawler packed with British troops on their way to the British landing at Cape Helles, on the southern tip of the Gallipoli Peninsula, 25 April 1915 (Australian War Memorial G00205)

And so I marched the march of men

That arched and broke my back

It took me down The Valley

Where a grim red sea flowed

And the stone of our Commandments

Crushed to rubble formed the road

As the sun sank to the earth

There came a light to glare the sky

No fine perfume of petalled flower

Nor the scent of her soft skin

Bright stars are set to twinkle

To twinkle in the dark

And a modern kind of potter’s clay

Of metal, blood and bone

Spun on a wheel of horrors 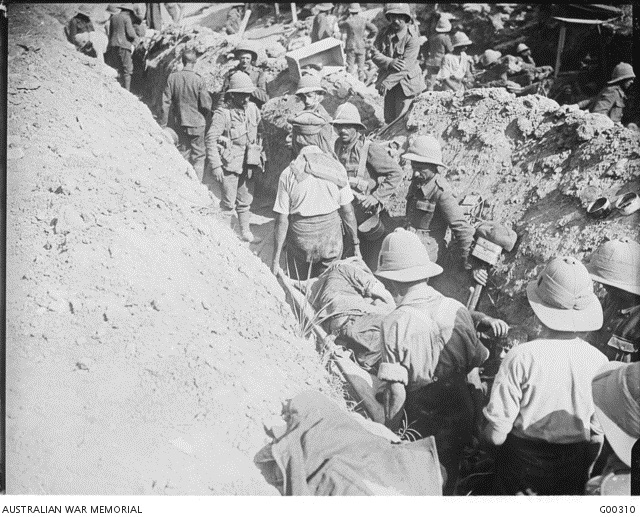 Carrying British wounded on a stretcher through the trenches on the southern part of Gallipoli Peninsula, 1915 (Australian War Memorial G00310)

The smell of pain and suffering

The tortures I endure

Are now embedded in my soul

For now and evermore

And even when I left this place

It was only part that came

The rest of me would always stay

With the fallen and the slain

Don’t expect the cheers and clapping

That was only in your leaving

For now you’re on your own

Your scars are left so deep

There’s no marks upon your skin

There’s no healing for this sickness

That is buried far within

It’s a burden you will carry

All of day and all of night

No drugs or talk or karma

Can wash away your fright 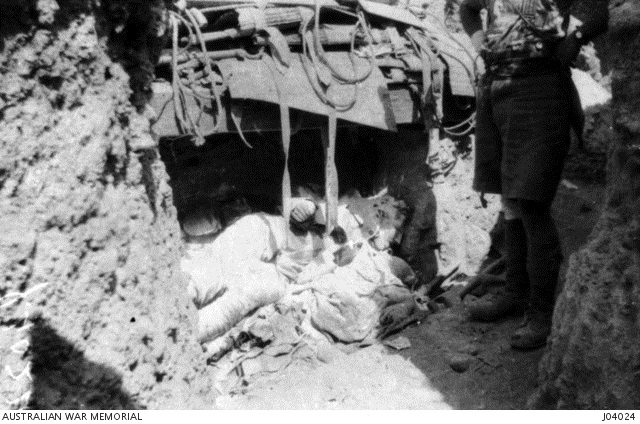 And never ask those questions

That seek the reasons why

For the answers that you hear

Will haunt you till you die

Dr David Faber, a Tasmanian born historian, is now a Visiting Research Fellow at the University of Adelaide. He thanks Kyle Penick and Bill Denny AM.

Robert Henry has worked in the communications industry for over 20 years. His grandfather, while serving with the British Army, was wounded at Gallipoli which traumatised him for the rest of his life.